You are at:Home»Conservation»And then there were two…In the Wake of the Death of Sudan, What’s Next for the Northern White Rhinoceros?

On March 19, 2018, the last male northern white rhinoceros passed away. At age 45, Sudan had lived a full life. At the time of his passing, he was one of the only three living northern white rhinos. The other two females, his daughter and granddaughter, are all that remain of this subspecies. What does the passing of Sudan the rhino mean for our world? 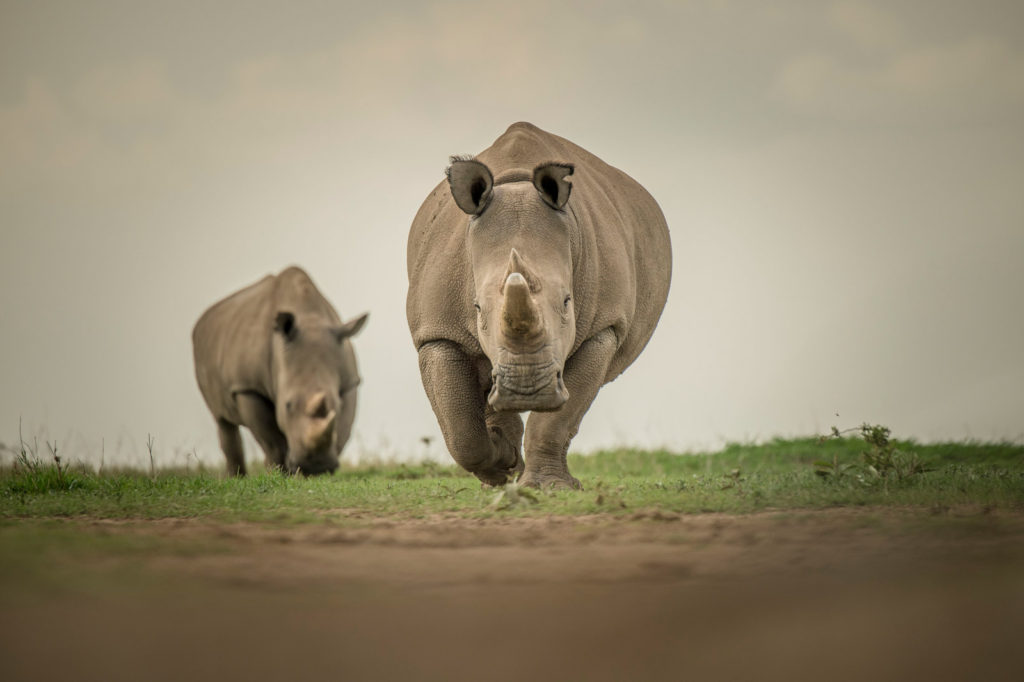 The northern white rhinoceros is one of the two subspecies of white rhino. Considered the third largest African mammal, they can weigh anywhere from which is 3,748 to 5,291 lbs! How does the northern white rhino differ from the southern white rhino? The answer is in their lip shape. The shape of the lip of the subspecies correlates to the type of plants that they consume. Northern white rhinos’ grazing practices made them key players in the greater ecosystem and helping to retain the biodiversity. As megaherbivores, they create grazing patterns that allow other animals easier access to a more diverse selection of edible plant life.

Rhinoceroses are targeted by poachers mainly because of their horn, which is obtained illegally to be used for display or ground up and used in certain medicines, despite the fact that rhino horn has not been proven to have any health benefits. The demand for illegal wildlife products drives the poaching and trafficking of rhinos and other animals such as elephants, pangolins, lions, and many more. Wildlife trafficking is second only to habitat destruction in the list of threats for species survival. Our planet is experiencing the Sixth Great Extinction and every year, we witness more and more species draw closer to extinction. 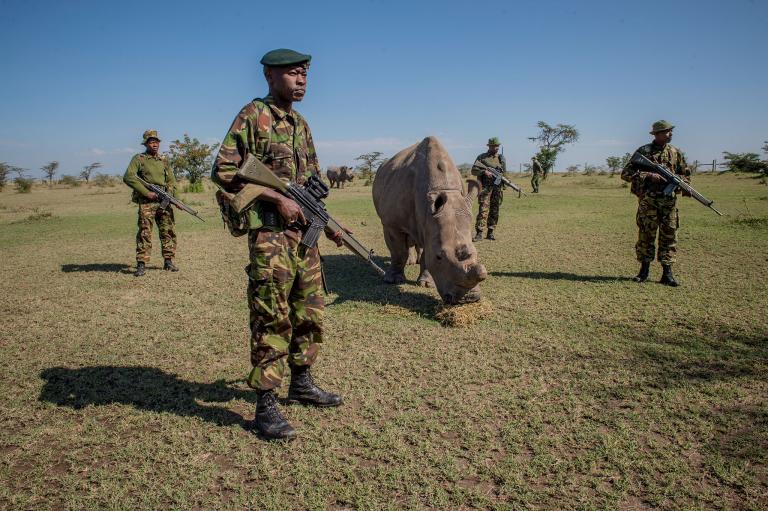 Sudan was brought to Kenya from a zoo in the Czech Republic as part of an effort to breed the almost extinct species. He was 45 years old when he died. PHOTO: AMI VITALE, NATIONAL GEOGRAPHIC CREATIVE

Screened at the DC Environmental Film Festival, “The Last Animals” follows the story of the northern white rhinos in an effort to raise awareness about rhino and elephant poaching, in addition to exposing how the illegal wildlife trade is linked to other illegal practices. When filmmaker Kate Brooks started the project, there were seven northern white rhinos alive. Only five are featured in the film because they were all that was left by the time she was on site filming. The story which unfolds onscreen is heartbreaking, as viewers watch two rhinos die throughout the course of the film. Bringing us to the precipice of extinction, at the conclusion of “The Last Animals,” there were three rhinos left: Sudan, Najin, and Fatu.

Sudan lived in Czechia for most of his life until 2009 when he moved to the Ol Pejeta Conservancy in Kenya. He spent his later years in Kenya with two other female rhinos in his family line, Najin and Fatu. Najin and Fatu survive as the final two living northern white rhinos. There is hope that scientists can use in vitro fertilization to reestablish the species. In even the bleakest circumstances, there is still hope.

Regardless of the technological advances that may support the repopulation of northern white rhinos, the tragedy befallen their species has brought to light the reality of extinction for many others. Education and anti-illegal trafficking measures are vital to protecting other critically endangered species from the same fate. You can be part of the conservation effort by spreading awareness. 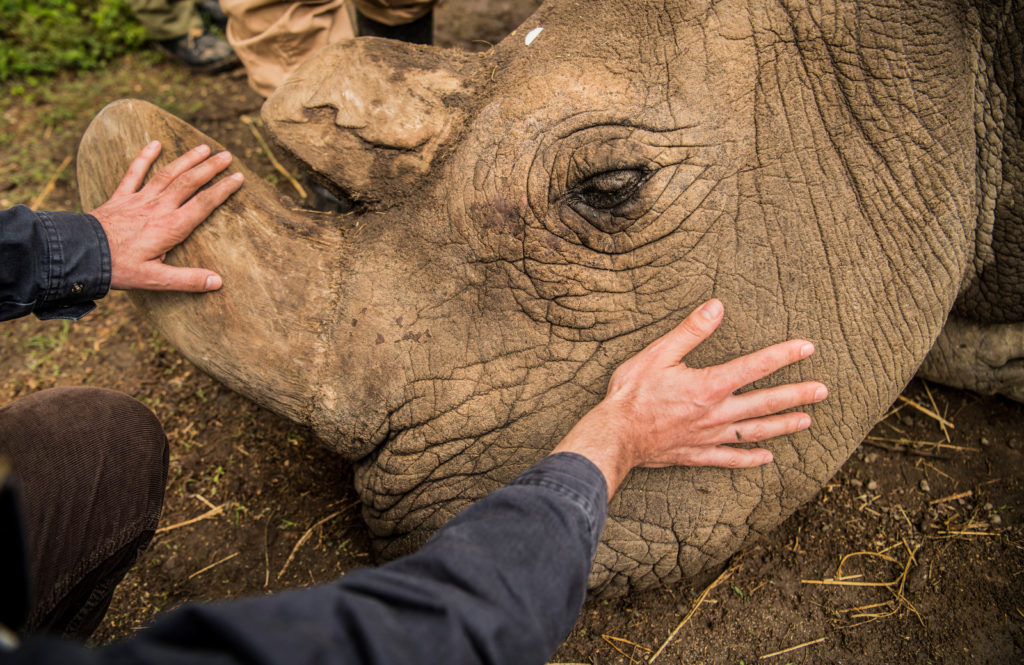 What are the next steps?