You are at:Home»Conservation»Cecil’s Son Xanda Taken by the Same Ruthless Trade: Trophy Hunting

Animal lovers around the world fall silent once again as we see a tragic event repeat itself. Xanda, the son of the famous Zimbabwean lion Cecil, has reportedly met the same horrific fate – killed by trophy hunters. This news comes just a few weeks after we commemorated the second anniversary of Cecil the Lion’s tragic death. Cecil, a research lion living in protected lands, was shot and killed by a U.S. dentist. Xanda has been living in the same region of Hwange National Park, and was six years old, the age at which lions in Tanzania become legal to poach.  Dr. Jane Goodall spoke out about the event and the heinous tradition of trophy hunting writing,

How can anyone with an ounce of compassion be proud of killing these magnificent creatures? Lions, leopards, sable antelopes, giraffes and all the other sport or trophy animals are beautiful – but only in life.

So what is trophy hunting? 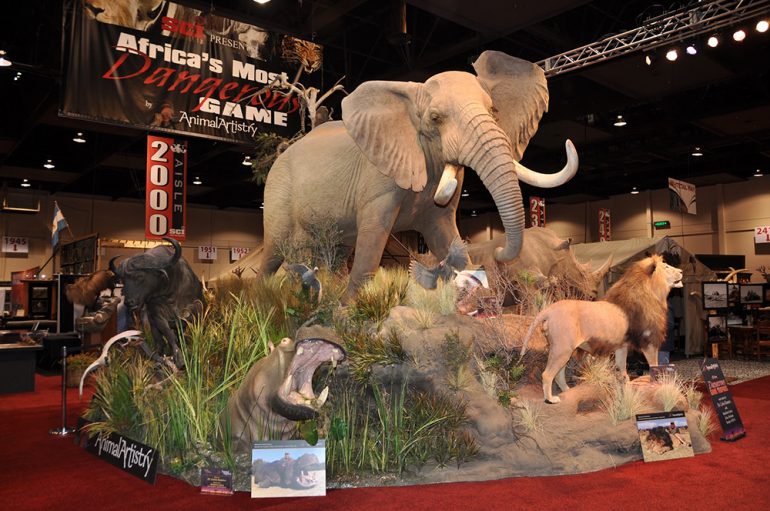 A picture of the trophies displayed at one of the annual SCI conventions.

Trophy hunting is the hunting of wild game for “sport” where individuals seek out “prizes” of animal body parts. Africa’s “big five” (a term coined by big game hunters to describe the five most difficult animals to hunt on foot) are the most frequently targeted: lions, rhinos, elephants, leopards and buffalo. Four of these species are already on the endangered species list. This sad “sport” is even encouraged by monetary prizes from pro-hunting organizations.

Canned hunting is the ‘shooting fish in the barrel version of trophy hunting.”- Lara Starr

Perhaps the most egregious form of trophy hunting is “canned hunting.” The lions are raised in captivity to be docile, and upon maturity are sold into hunting facilities to be shot in fenced enclosures (more about this horrible practice was revealed in the film Blood Lions). Around 6,000 lions are currently being held in South Africa for the purpose of canned hunting.

Unfortunately, yes. Read more here about CITES regulations and about placing Lions under Appendix I (currently under Appendix II) to secure the most protection. If lions reach this level of protection, hunting operations would be forced to demonstrate “a certain level of sustainability by setting science-based quotas, establishing non-detriment findings, and requiring import and export permits for all trophies.”

What is the argument used in favor of trophy hunting?

Those in favor of trophy hunting advocate for its use as a conservation strategy. They maintain that the excessive amount of money spent on these hunts is put back into local villages’ conservation efforts and eliminates “weak animals” from the population.
However…

Trophy hunting does not aid the community or conservation 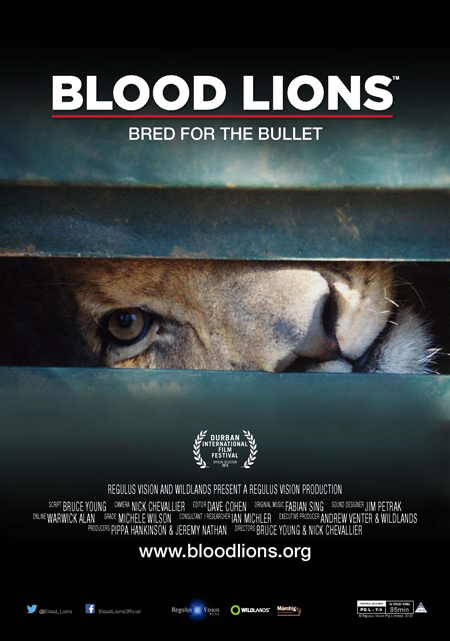 Reports indicate that trophy hunting accounts for less than 2% of South African tourism revenues. In other words, non-invasive tourism such as photography actually generates far more of a profit.  Studies in Tanzania showed that “few benefits filtered to the communities…about 3-5% of hunting revenues actually reached the villages.” The IUCN gave a figure as low as US $0.30 per year to the each village inhabitant, indicating that using the land for sustainable agriculture would be much more profitable.

Trophy hunting does not better the species
In the case of the “Big Five,” these animals are near extinction – eliminating any individual is threatening the viability of populations. Cecil was actually part of an Oxford study on hunting, in progress at the time of his death. The study found that of the 62 lions tagged, 24 were killed by sport hunters and 10 died of other causes.

Where does the United States fit into this conversation?

According to the IFAW, the U.S. is the leading importer of lion trophies. The blame for poaching is often placed on China for its booming market for animal parts, or on Africa for relaxed hunting policies. But the real problem lies in the demand from the hunters. The US averages 126,000 animal trophy imports a year, or 345 a day, according to the Humane Society International. This is where the import policies become so essential, such as airlines refusing to transport the trophies!

Below is a timeline showing both the forwards and backwards motion being taken in the name of trophy hunting:

How can you make a difference?

The death of Cecil is said to have changed the way that the public interacts with conservation due to the massive support that the Oxford scientists received after the event. Now, as we reflect on the death of his son, we must rally to change this situation for the better. Tragedies like the death of Cecil, and now Xanda, outline the many conservation challenges we face together. Xanda was shot just one mile outside of the protected park, as Xanda’s pride would move in and out of this area. Now, scientists are calling for a no-hunting zone 3 miles around the park to better protect these animals. It is this kind of thinking that will enable us to better protect animals outside of the traditional “park” only model, along with education, and stricter regulations. Cecil’s death spurred the U.N. to adopt it’s first resolution to combat illegal trafficking, and U.S. Fish & Wildlife listed lions as endangered in 2016, making it more difficult for trophies to be imported. Still, there are fewer than 30,000 lions in the wild, and we must each do something to protect them from extinction.

Here’s what you can do:

– Find out the latest CITES regulations on trophy hunting in various countries.

– Use your voice and platform. No matter how far away your location or contacts may seem from the issue, every action to defend animals helps. If airlines hadn’t used their platform to regulate the transport of trophies, we wouldn’t have the strict import rules in place today. Consider using social media, as it is Jane’s 5th Reason for Hope, and was part of the outcry that supported Oxford scientists after Cecil’s death. Share this story on Twitter by clicking here.

– Write to your U.S. senators and representatives to urge them to protect endangered species by creating more strict import laws in the ESA.