You are at:Home»Seriously Good For All»Jane’s Traffic Stop: The Fight to End Illegal Wildlife Trafficking

Something is not right. She flares out her ears and her tail begins to stand up. She begins to rumble from the part of her that knows what is about to happen, and still fears it and runs. There is a sound like the sound when light flashes in the sky and hits the ground, and then a trumpet scream of what is lost. Her mother has been shot and is motionless, as are others in her group – her family. There is a band of men ready to divide up the parts that made this 10,000 lbs elephant most majestic – her tusks, her eyes, her face.

This is the cost of the illegal wildlife trade.

People are selling and exchanging wild animal parts – including food, pets, leather, ornaments, “trophies,” or “medicine,” at a crisis level illegally and unsustainably. This is not a simple issue, but one filled with examples of the intense pressures of poverty, lack of training in enforcement, governmental corruption, and the careless demand for wildlife products by global consumers. Poachers, the pawns of a much larger international game of illegal trade, enter protected areas or target endangered species prized for their “parts” (worth hefty sums in black markets), armed with weapons like grenades and AK-47s to create devastation. They are markers of economic desperation, fueled by the prospect of payouts from buyers, kingpins and smugglers from domestic and foreign markets demanding those rare commodities or “trophies” like ivory, horns, skins, pets and meat. Defeating just individual poachers is not the answer, but part of a much larger puzzle of international trade and demand. And it is a problem which is only growing.

Change happens by listening and then starting a dialogue with the people who are doing something you don’t believe is right. –  Dr. Jane Goodall

Jane Goodall and the Jane Goodall Institute are doing what we know to be right – by working to end wildlife trafficking. Today, on World Elephant Day, we begin Jane’s Traffic Stop – an effort to use the enormous power of social media, and Jane’s fifth Reason For Hope, to help spread awareness about wildlife trafficking and end it for good. Having intimately witnessed this heinous trade for decades, as some of the most vulnerable victims are young chimpanzees, Jane and JGI are committed to protecting the diversity and beauty of global wildlife with a campaign for this ever important purpose. The resulting species loss is not just a matter of individual deaths of beautiful animals – it’s the destruction of entire populations and of all the ecosystems dependent upon those creatures, and we must act.

What we also know, is that there is always hope. What we build together with Jane’s Traffic Stop will be an incredible movement in celebration and protection of life. The power of social media can connect people confirming that none of us are alone in our efforts, and add further pressure and momentum to let policy makers and change making groups hear our collective message to save wildlife. This is Jane and JGI’s reason for hope, and that hope is always waiting for you to find it. The movement only needs one thing – you!

Beginning this August, JGI will provide multiple ways for you to do your part. We will be a place of conversations and information by hosting a series of live chats on Facebook on our Facebook page with experts from corporations, organizations, along with advocates and youth who have important perspectives on trafficking and the species most affected. We have also started a petition here, headed by Jane, which has the power to hold key decision makers accountable in the fight against this violence. We will be sharing graphics on places like instagram and other social platforms, blog posts, as well as facts and tools to share what you’ve learned to stand up against wildlife trafficking. We believe that one voice can be turned into millions of voices, which will create the necessary level of change to save thousands of lives. When you join us in hope, there is no end to what is possible. 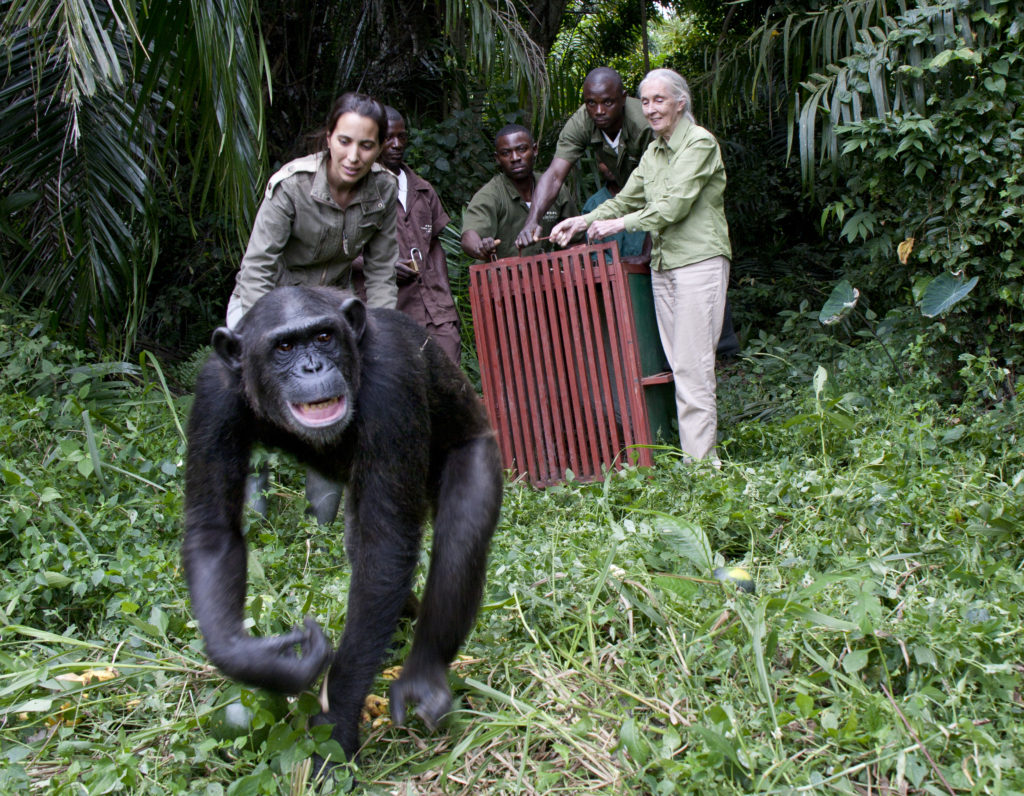 The Facts
At our Tchimpounga Chimpanzee Rehabilitation Center, we see the true victims of the trade. Apes maimed by snare traps, disoriented and nearly dead chimpanzee infants torn from their mother’s arms, monkeys missing limbs and limping with the emotional and physical scars of bullets. Sadly, this is only the least horrific scenario.

For this species and so many others, for every survivor there are thousands of victims. It is estimated as many as 35,000 elephants are killed annually in Africa. In 2014,it was discovered that Central Africa lost 64 percent of its elephants in a decade.

73 million sharks are killed each year for their fins. (WildAid)

Nearly 3,000 great apes (including chimpanzees) are illegally killed or stolen from the wild each year. (Scientific American)

We cannot know what elephants experience as survivors of poaching – but we do know that they feel deeply, mourn and do not forget. We do know that they are not alone as a species in these atrocities, that moments like this are happening more than we can comprehend across the planet, and that not enough is being done to stop it. We are losing everything that makes this earth so beautiful, and so singular. 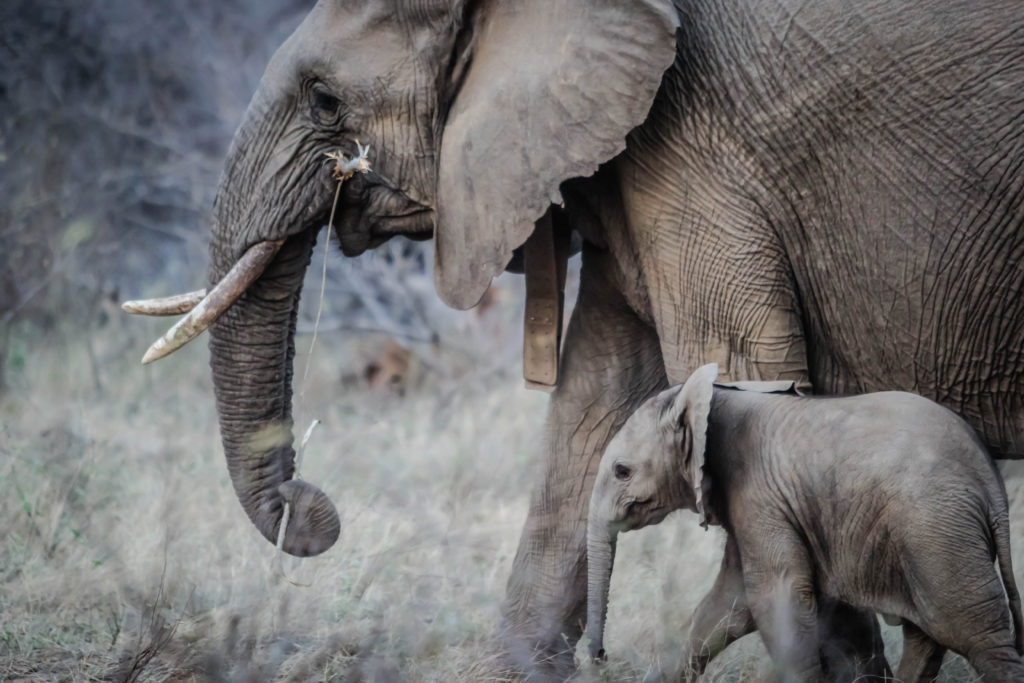 The least I can do is speak out for those who cannot speak for themselves.

Something else we cannot know, is a world where this is allowed to continue. If this trend does continue, African elephants could be extinct within a decade, and countless other species could be extinct in less time. Wildlife trafficking is second only to habitat destruction in the list of threats for species survival. Ending the practice is not only vital for the well being of our world, but also for our own decency and humanity as connected to the plight of all living things.

Hope is more than an idea – it is the bridge connecting us to the world we want to live in. Help us win this fight and make our hopes for greater protections for wildlife a reality. With you, we can make wildlife trafficking stop in its tracks.

Be a part of Jane’s Traffic Stop by following along, getting informed, sharing what you know and adding your voice!

*the Jane Goodall Institute is part of the U.S. Wildlife Trafficking Alliance and will be working with several other major organizations to spread this message and work with policy makers to end wildlife trafficking.