You are at:Home»Conservation»Hope for Animals: Don’t Let the Last Howls of Red Wolves Go Unnoticed

Most people have heard of grey wolves. Some know of Mexican gray wolves. But very few people are aware that the last remaining population of wild red wolves currently roam the Albemarle Peninsula of North Carolina.

What is a red wolf?

The red wolf is the only canid species whose historic range fell entirely within the United States. Although essentially the All-American wolf, this species was almost hunted to extinction (IUCN Red List). Thankfully, the last remaining red wolves were pulled from the wild in the 1970s to preserve the last of the gene pool. Seven years after the species was declared extinct in the wild, four pairs of captive bred wolves were released in the Alligator River National Wildlife Refuge, North Carolina, in 1987.

Finally, this species could once again howl and hunt in the wild. Their population grew and flourished, reaching over 150 wolves by the mid-2000s.

The restoration of the red wolf is the first success story for restoration of wolves in North America. – Michael Chamberlain, biologist at the University of Georgia.

Why do they need your help?

Unfortunately, like all wolf species, the red wolf is shrouded in misconception and their recovery program has faced serious pressure and other hurdles. Human conflict, hunting, land management, and issues at the federal and state agency level have resulted in a plummeting population. The wolves from a distance resemble coyotes, which are commonly hunted, and the wolves themselves are often targets as fines protecting them are rarely enforced. Additionally, as the wolves move across the landscape, protecting them becomes a major challenge as they enter private land. As of 2018, we are left a wild population of around 30 known individuals.

Today, the red wolves are in trouble. The executive director of the North Carolina Wildlife Resource Commission, Gordon Myers, recently voiced a desire for the red wolf to disappear from North Carolina. The United States Fish and Wildlife Service is moving forward with a proposal to alter land covered under conservation management areas for red wolves (FWS). This plan is one that some scientists believe will cause the species to become extinct in the wild once again (USA Today). Conservation management battles like this one represent a larger conversation about endangered species protections and land rights, which remains an ongoing and contentious debate.

Is there hope for the red wolf?

Threats to wolves have existed for centuries. But luckily, we know that wolf reintroduction programs can be successful. In fact, red wolf reintroduction (the first of its kind) set the model for grey wolf reintroduction in Yellowstone National Park, a conservation success story (NatGeo). Until several years ago, Eastern North Carolina supported a wolf population comparable to Yellowstone, though less publicized. Just as other All-American species like California Condors and the American Bison were brought back from the brink of extinction, the red wolf and grey wolf were reintroduced into a portion of their historical landscape. But for the red wolf, the threat of extinction is imminent once more. 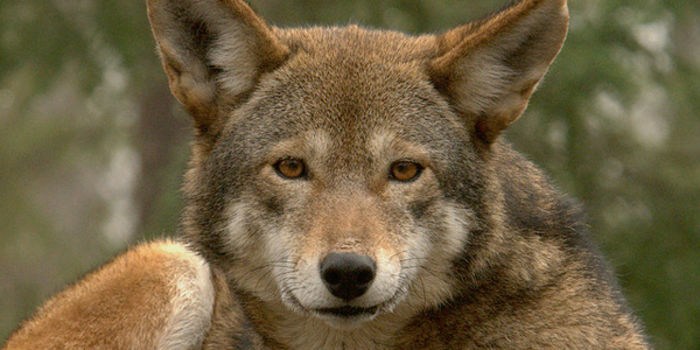 How can you help?

There is still hope for the red wolf. They can repopulate their recovery area and flourish once again. A few emphatic voices might be all it takes to set the red wolf back on the right course.

* Use your voice in a public comment period open through July 30th. Information on how to comment can be found at regulations.gov under docket number FWS-R4-ES-2018-0035. Contact Mike Oetker, the acting director of the USFWS southeastern region. You do not have to be a resident of North Carolina. (email: michael_oetker@fws.gov, phone: 404-679-4000) If you are a North Carolinian, contact Gordon Myers, the executive director of the NCWRC (email: gordon.myers@ncwildlife.org, phone: 919-707-0151)

* Share this post to raise awareness about the plight of the red wolf. And share your stories of hopeful species conservation using #HopeforAnimals tagging @janegoodallinst on social!

* Support organizations like the Red Wolf Coalition and Defenders of Wildlife, the leading organizations for red wolf conservation.

*Create your own Roots & Shoots project to protect and/or raise awareness about red wolves!