You are at:Home»Conservation»Mexican Gray Wolves: The Endangered Wolf You’ve Never Heard Of

Once a top dog in the southwestern United States, the Mexican gray wolf is now one of the most endangered subspecies of wolf in the world. In the late 1800’s and early 1900’s, thousands of Mexican gray wolves (also known as “el lobo” or “lobos”) prowled around central Mexico, Arizona, New Mexico, and Texas. In the 1970’s, they found the last 7 Mexican wolves in the world. With stats like these it’s no wonder that the Mexican gray wolf is considered to be one of the most endangered land mammals in the world. But there is hope! Today, their numbers in the wild are coming back in a big way thanks to very concerted conservation efforts.

In a short film by TLP Media, Gray Area: Wolves of the Southwest, we’re given an inside view into the world of this rare and amazing wolf. Once abundant in the southwest, Mexican gray wolves were declared nearly extinct in the late ‘70s, as there were only 7 known individuals left. The film follows some of the key human figures in the wolves’ story, including Sherry Barrett, the Mexican Wolf Recovery Coordinator for the US Fish and Wildlife Service, and David Parsons, who served as the Program Coordinator for the Mexican Wolf Recovery Program from 1990-1999.  They tell us the story of how a founding population of 7 wolves (only one of whom was female) was carefully bred and strategically raised to ensure that the subspecies is never truly diminished.

The Mexican Wolf Recovery Program (MWRP) collaborates with the Endangered Wolf Center (EWC)to bring Mexican gray wolves back from the brink of extinction. The 7 founding lobos were kept at the EWC for over 20 years and carefully bred in order to create a genetically viable population. This was a miraculous feat, as monitoring the genetics of such a small group of animals in order to produce a larger population requires careful planning to ensure that genetic disorders are not introduced.

When the wolves at the EWC were ready to be released into the wild, they were slowly integrated back into part of their historic range in New Mexico. The reintroduction has been considered successful, although the population is still closely monitored by the MWRP.  In the film, Sherry Barrett points out that one of the significant milestones the wolves reached has been being able to breed on their own in the wild. However, the struggle to be removed from the endangered species list has become more difficult by – believe it or not – livestock. 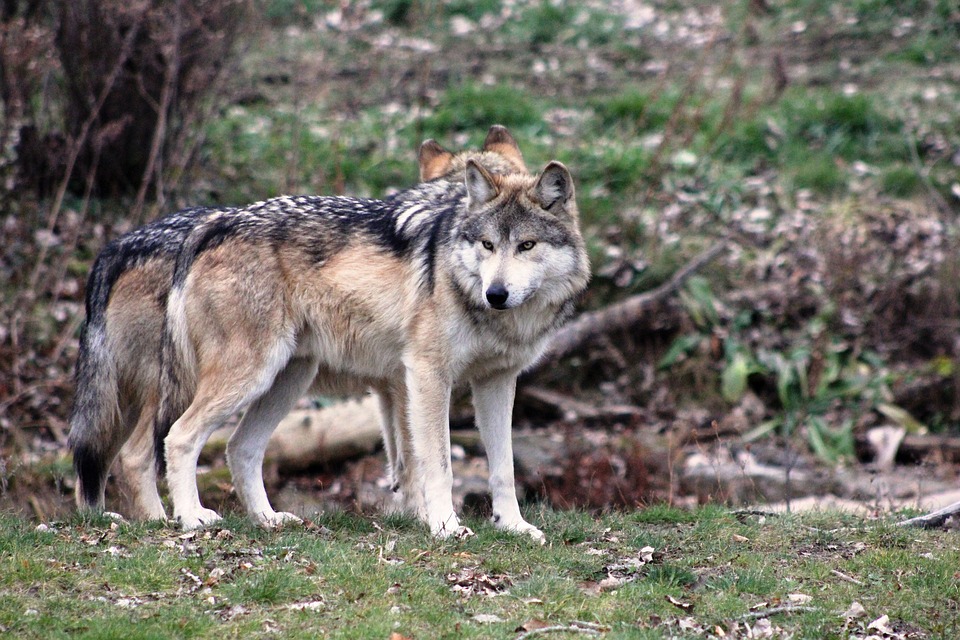 The livestock industry has not been particularly upset by the decline of the wolf population simply because wolves are the biggest threat to farms in the region. Farmers have been struggling with the reintegration of gray wolves because the wolves have begun to prey on livestock as a source of food. The killing of wolves is illegal on public land, but farmers may protect their farm animals on privately owned lands.

To combat this, if a gray wolf is proven to have killed a privately owned farm animal, the farmer will be given a stipend for the reported value of the animal. It seems however, that farmers killing wolves in order to protect their livestock is the still the largest threat to the population.

Communication between farmers and the recovery program is key to conserving the Mexican gray wolf.  In an attempt to keep the peace between farmers and wolves, conservationists put up flags and create loud noises to deter wolves from entering livestock areas and informing farmers as to the whereabouts of wolf packs before they have the chance to attack . Oftentimes in situations like these, where both humans and wildlife butt heads, learning how to coexist can be more complicated than nursing an entire species back to stability.

In the case of the lobos, the future is hopeful. Farmers continue to do their best to protect their livestock and the integrity of the wolves as well. Recently, the US Fish and Wildlife Service released the population numbers for 2017, bringing the total population to 114 in the wild in the United States! Most importantly, this story demonstrates that it is possible to bring a species back from the brink of extinction when given proper attention, science, and determination.

Maxine is currently an intern in the Community Engagement department at the Jane Goodall Institute. She is a senior at American University working on a Business Administration and Public Relations double major. She has been passionate about the environment and conservation since her parents raised her spending summers camping in the U.S National Parks. She hopes to someday work around the world on women's issues and environmental conservation. Upon her graduation in May 2018 she would like to become the proud owner of a dog.