You are at:Home»Youth Power»One Girl’s Mission for Monarch Policy Metamorphosis

12-year-old Genevieve’s mission for monarchs is our January 2018 Roots & Shoots Project of the Month! See more projects we love here. 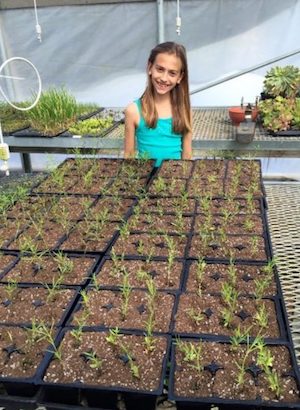 While lots of people begin engaging with environmental activism at a young age, 12-year-old Genevieve Leroux has already made a name for herself as a public policy influencer on a national scale. Genevieve’s niche is working to protect monarch butterflies in her hometown of San Luis Obispo, California. She successfully spurred her community to join the national movement to help save the threatened western migratory monarch butterfly, confirming that there are no age restrictions on activism.

Genevieve is a sixth-grader at Bellevue Santa Fe Charter School and performs citizen science for CalPoly’s Monarch Alert under the direction of Francis Villablanca, PhD. She tags, takes OE samples (OE or Ophryocystis elektroscirrha are protozoan that infect monarchs) and processes other data from butterflies that visit or hatch in her garden for Monarch Alert. In 2016, Genevieve heard Dr. Jane Goodall give a lecture at the Wildlife Conservation Expo that inspired her to make Dr. Jane proud by following in her footsteps.

Genevieve has now become an advocate for the Western Migratory Monarch Butterfly by persuading her Mayor, Heidi Harmon, to involve the city of San Luis Obispo in monarch butterfly conservation. The Mayor has met with Bob Hill (SLO’s Natural Resource Manager) and Dr. Francis Villablanca, (PhD, CalPoly’s Monarch Alert head researcher) to decide which action steps are suitable for their region. 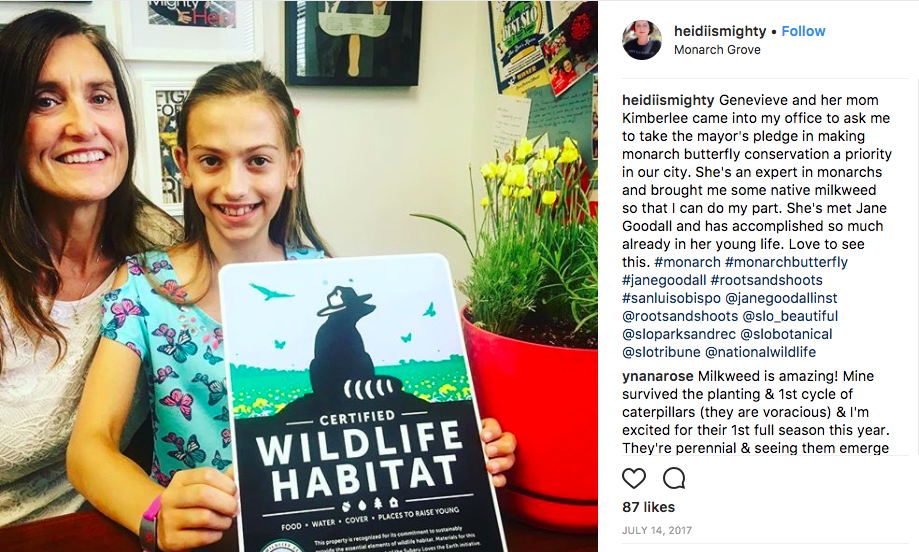 According to the Xerces Society, the California Western Migratory Monarch Butterfly overwintering population has declined by 74%. This same species is currently projected to experience quasi-extinction in the next 20 years if steps are not taken to save this iconic butterfly. This sad projection is why Mayor Heidi Harmon taking the Mayors’ Monarch Pledge is such big news. San Luis Obispo plays an integral role in the lifecycle of the monarch butterfly. SLO County provides both a migratory route for monarchs heading south and provides 39 separate overwintering sites (like Pismo Monarch Grove). The steps taken by the Mayor, as a part of the Mayors’ Pledge, are essential to educating the citizens of SLO about the monarch’s plight and what they can do to help the Monarch avoid extinction. 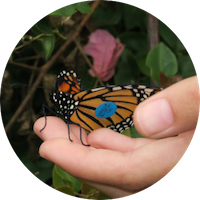 In a few weeks, Genevieve will be helping to count overwintering populations as part of The Monarch Butterfly Thanksgiving Count organized by The Xerces Society which has been providing population numbers at all of the California overwintering sites since 1997. Genevieve’s backyard garden is a NWF Certified Wildlife Habitat and is registered with The Xerces Society as a Pollinator Habitat. In addition, she is spearheading an attempt to register her elementary school’s garden as a NWF Certified School Habitat.

Genevieve is sharing her work in hopes of inspiring other young people to follow her lead and take the same legislative and conservation steps. You can join Genevieve in her mission RIGHT NOW through the Roots & Shoots 1-click campaign: Helping Migratory Species. Genevieve was featured in the National Wildlife Federation’s blog during the May 2017 Gardening for Wildlife Month’s salute to Butterfly Super Heroes. And, she’ll be featured again in the NWF’s upcoming May 2018 Special Edition for Gardening for Wildlife, spotlighting four individuals from North America that are champion wildlife gardeners.

Join Roots & Shoots as a member for FREE and start your own project today!