You are at:Home»Primates»Pathogens, Primates & Human Populations, OH MY! An Interview with Thomas Gillespie

When you have a cold, it’s pretty safe to say you likely have access to the resources you need to feel well again soon and not become a major threat to the human population. But what if all the medication and information on human health wasn’t as accessible or thoroughly researched as it is? For wildlife, and particularly for endangered primates, transmission of disease is often a bigger deal than the “common cold”, and information is far less available. When species are in trouble for a number of reasons, including illegal logging, poaching, and climate change, the addition of an infectious outbreak could be devastating, wiping out entire communities and/or contributing to international human outbreaks as well. So who’s doing the work to make sure we understand disease in wildlife and the complex systems of transmission between humans, environments and those species? Thomas Gillespie is! 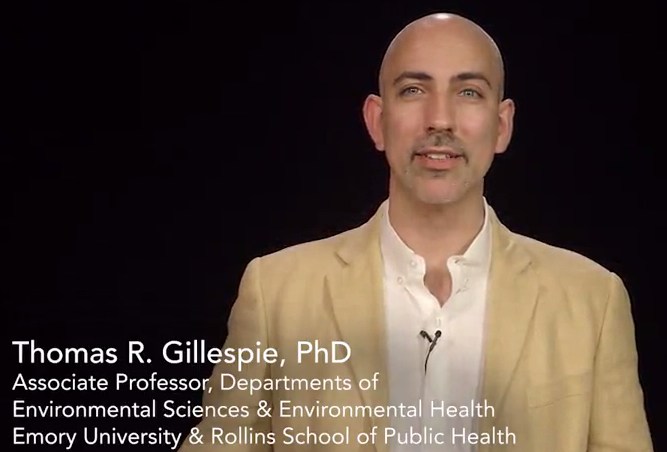 Gillespie focuses on making sure that we have the data and big picture on how these relationships work so that we can protect human and wildlife populations alike. In the latest special edition of the American Journal of Primatology, Gillespie and the work of his peers ranging many field sites and years and years of research on chimpanzee health reveal a more complete understanding of the infectious threats to our closest living relatives, and what that means for humans, too.

Read our interview with Thomas below:

What do you do?

I’m a professor at Emory University with a focus on the interface of biodiversity conservation and global health. Much of my research examines how and why anthropogenic (from human activities) influences within tropical forests alter disease dynamics and place wild primates, people, and other animals in such ecosystems at increased risk of pathogen exchange. Through this research and my conservation activities in Africa and Latin America, I strive to promote wildlife and human health, while simultaneously ensuring the sustainability of the ecosystems within which they live. You can read more about my work here.

How did you become involved with JGI?

Fifteen years ago, as evidence mounted that disease was playing an important role in the population declines observed in Gombe chimpanzees in Tanzania, Drs. Dominic Travis and Elizabeth Lonsdorf developed a prospective health monitoring system. They began to collect specific behavioral data on signs of respiratory and gastrointestinal illnesses (e.g. diarrhea, coughing etc.), combined with body condition scoring on a monthly basis for the chimpanzee communities at Gombe, that paralleled efforts initiated by the Mountain Gorilla Veterinary Project in Rwanda and Uganda. 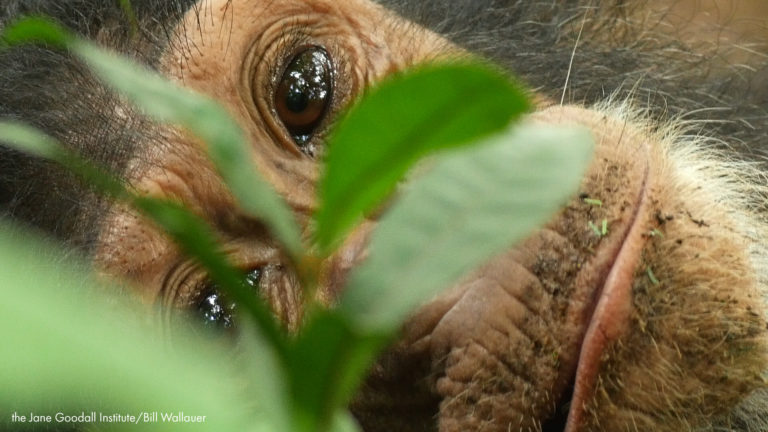 When I met Dom and Elizabeth at a workshop in Germany in 2004, I was six years into efforts to understand how logging and forest fragmentation in and around Kibale National Park, Uganda, affected disease dynamics in resident primates. My findings in Uganda highlighted that some forms of anthropogenic disturbance can alter the dynamics of natural pathogens in wildlife, such as a legacy of selective logging. It also revealed that other forms of disturbance, such as active forest fragmentation, can lead to opportunities for pathogens to jump between species, including the introduction of pathogens from people and domesticated animals to wild primates.

Dom and Elo asked me to join their effort and expand the scope of their project in Tanzania to a One Health approach. As part of this effort, I initiated diagnostic surveillance linked to geographical indicators of species overlap for Gombe’s chimpanzees and baboons, as well as the people and domesticated animals within the Greater Gombe Ecosystem. It serves as a map of all the places these species are interacting, for a greater sense of how transmission may occur, or is already occurring. Integration of these new data streams along with the ongoing observational health data and in-depth post mortem necropsies, have allowed us to establish baselines of health indicators to inform outbreak contingency plans. Dom, Elo, and I now co-direct this effort, which is known as the Gombe Ecosystem Health Project. 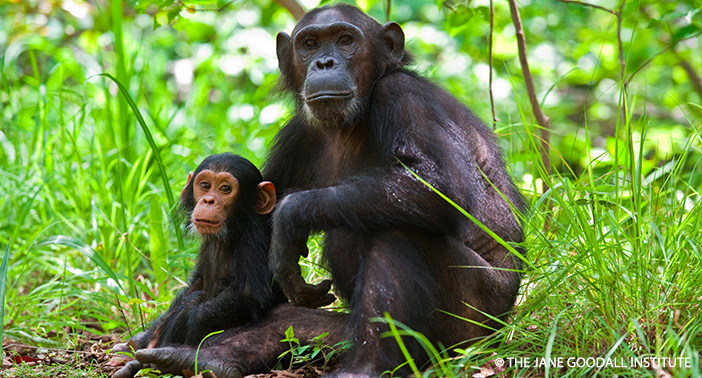 What is this publication and why is it important?

This special edition of the American Journal of Primatology brings together experts from divergent fields who have contributed to our improved understanding of chimpanzee health at Gombe and beyond. It provides insights into syndromic health surveillance, or the monitoring of individual symptoms which collectively contribute to a larger issue, gut microbiome, immunology and immunocompetence, endocrinology and stress, pathology and parasitology, and the efficacy of human quarantine procedures to reduce the risk of disease introduction. 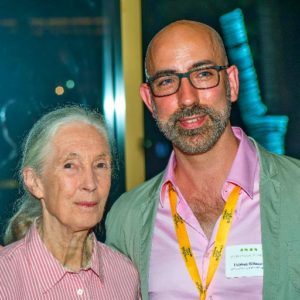 How do publications like this benefit conservation and what we know about chimpanzees?

As a result of Jane’s initial observations of disease outbreaks impacting Gombe’s chimpanzees, it became apparent that infectious diseases have the capacity to threaten the conservation of endangered species. As a result, many of the protocols used around the world to study wildlife health non-invasively were developed in Gombe. Many of these approaches have the capacity to manage disease-related threats to other threatened populations globally.

Thanks to Thomas and the Lonsdorf’s research and protocols developed in Gombe and publications like this, we are much better equipped to understand the way disease operates in and around primate ecosystems, particularly for chimpanzees. As more natural habitat becomes disturbed or fragmented and/or poaching or illegal logging contributes to greater human/wildlife interaction, the map of overlap between chimps, humans, agriculture, waterways and other species becomes a more and more dangerous blur. With this collaborative sharing of knowledge, the preventative and crisis management to keep chimps, humans, other species and their ecosystems healthy is on track to be as comprehensive as it needs to be to save lives.