You are at:Home»Youth Power»Using Tech & Imagination as Driving Currents on World Oceans Day

Populations are rising, cities are becoming more crowded, and this means that we are producing more and more waste. Whether it’s pesticide runoff from a recent rain, or plastic blown by the wind, this pollution often ends up in our waterways. Starting from rivers or canals, a great deal of the waste we produce eventually ends up in the ocean. 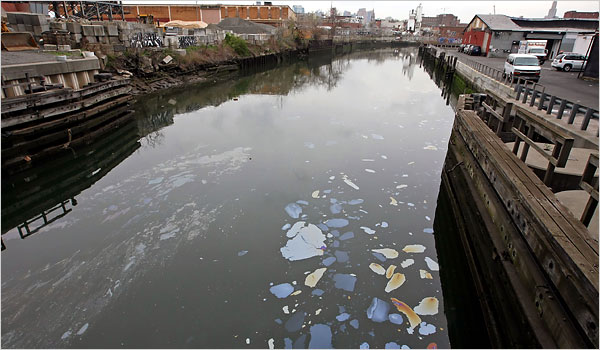 One example of the first step waste takes on its journey through our waterways is in the Gowanus Canal in New York City. If you have ever been to New York, you’ll be able to recall just how much of the city is asphalt or concrete. When it rains, water isn’t able to seep into the ground and be absorbed and filter through the soil. This leads to pollutants like sewage runoff, chemicals from recycling centers or cars, and even bacteria in dog poop to flow directly into the nearest body of water. In NYC, the Gowanus Canal has been accumulating so much pollution that it is known as one of the most polluted waterways in the United States.

The situation affecting the Gowanus Canal is so bad that, in 2010, the waterway was placed on the Environmental Protection Agency’s (EPA) list of superfund sites.

The $500 million cleanup plan, which will be underway until the year 2022, consists of dredging contaminated sediment and replacing it with clean material. This is promising news; however in the meantime, there is a unique little operation taking place to help clean the canal in a creative, sustainable way. 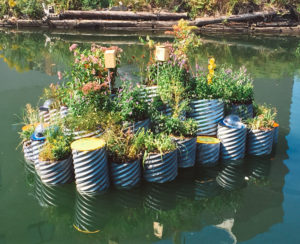 This is where creativity, art, architecture, and science come together. A project called GrowOnUs is trying its hand in cleaning up this waterway in an unexpected way. A floating contraption made of materials such as bamboo and recycled plastic bottle provides the base for over 30 different species of plants to grow on.

Naturally, the plants act as filters by drinking up the water and filtering the chemicals out of it. This process is called phytoremediation.

This project can serve as an example how a little bit of creativity and resourcefulness can provide us with ways to not only interact with out surroundings in a sustainable, healthy way, but also improve and clean up the natural environments around us.

How else can can we use our creativity to solve some of the most pressing environmental issues? Meet Waste Shark.

Waste Shark is a robot that can “collect up to 1,100 pounds of waste in its open mouth.” 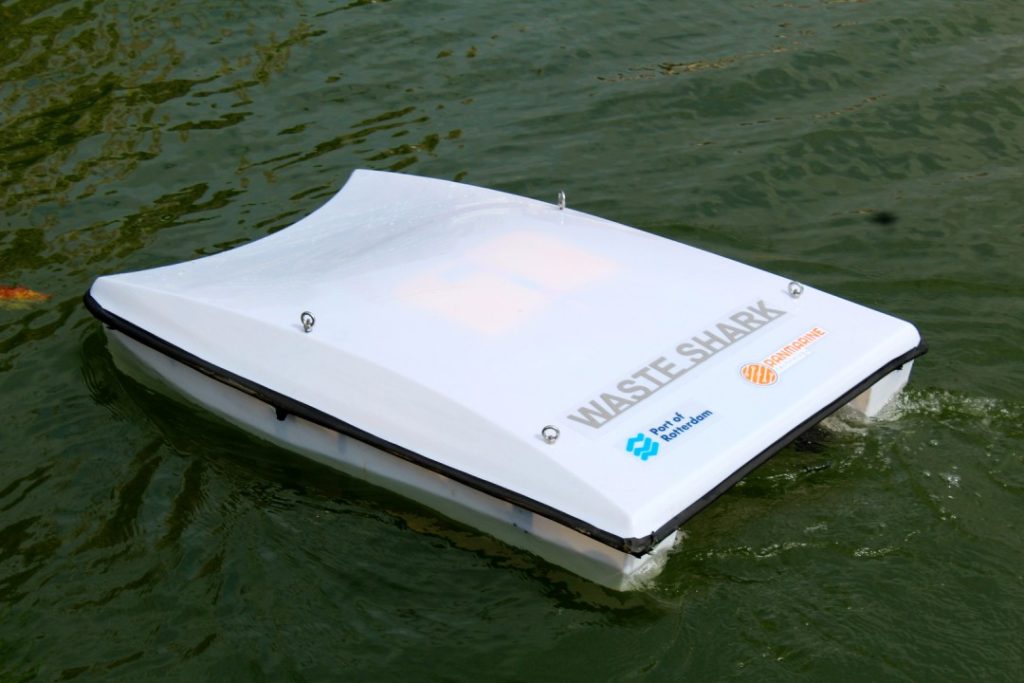 Waste Shark’s first cleaning duty was at the Port of Rotterdam in the Netherlands. Its job is to gather waste, like plastic or other debris, before it flows out into the open ocean. Being an automated drone, Waste Shark is a prime example of how we can use quickly evolving technologies for good purposes.

The unfortunate truth is that much of the plastic and debris that collects in rivers and streams on land eventually makes its way into our oceans. Once plastic has reached the ocean, one place it can go next is into the Great Pacific Garbage Patch which is composed of giant collections of debris linked by ocean currents. The garbage patch is often thought of as an island of plastic; however, the patches mostly consist of microplastics that float throughout the upper water column. Large plastic debris like water bottles and plastic bags degrade into microscopic pieces called microplastics. If the garbage patch consisted only of larger items, it would be much more simple of a problem to solve. However, due to the microscopic nature of this huge problem, it requires a lot more creativity than a simple trash net. This is where Boyan Slat’s The Ocean Cleanup project comes in.

The Ocean Cleanup technology consists of a floater to provide buoyancy to the system, a screen to capture the plastic, a suspended anchor, all of which drifts with the ocean currents.

[Boyan] envisioned to use the ocean currents to his advantage, and let them be the driving force behind the catching and concentrating the plastic.” 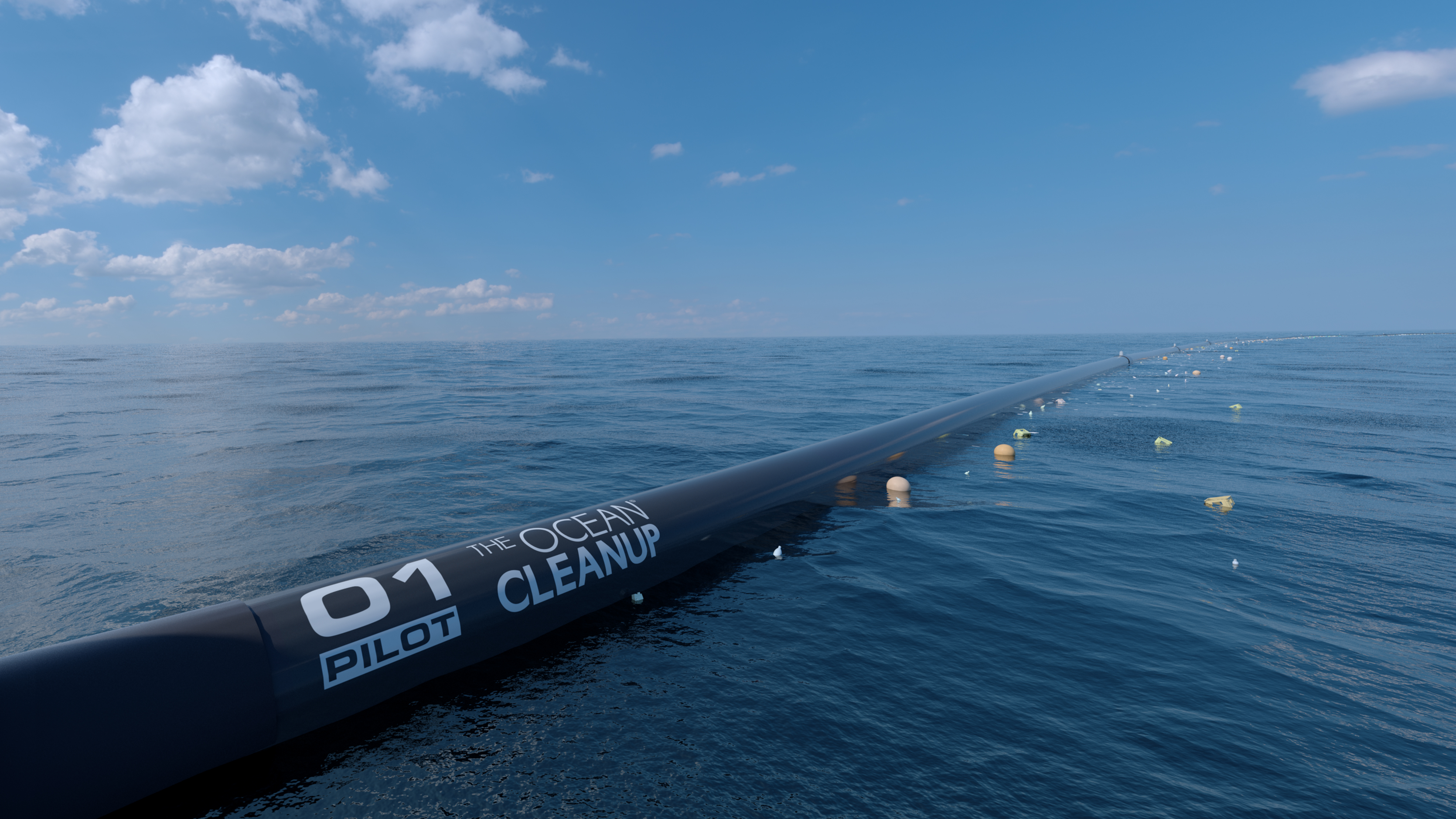 By moving with the currents the solid screen allows marine animals to drift underneath with the currents as well as capturing more plastic than a stationary screen would.   Boyan Slat is a twenty-year-old who represents a reason for hope in the face of today’s many environmental crises. The Ocean Cleanup will have its first test off the west coast of the U.S. by the end of 2017, so only time will tell if the system will live up to its claim of eliminating “fifty percent of the Great Pacific Garbage Patch by 2020.” Boyan Slat should be applauded for his courage in facing such a huge problem with a unique solution.

It is important to remain hopeful in tackling environmental issues, like plastic pollution or climate change, especially with the recent decision for the US to pull out of the Paris Agreement. This decision does not prevent those who care about the well-being of our planet from doing everything in our power to protect it! The overwhelming desire of people in the United States, and the world, to protect our planet is continuing to grow.

Create Your Own Through Roots & Shoots!

What’s cool about projects like these is that you don’t just have to read about them; you can create your own! And what better day to start a project than today, World Oceans Day, a day to celebrate the ocean’s beauty and wonder. Follow the links below to see what Roots & Shoots groups have done in the past.

If working on a creative, hands-on project like this appeals to you, start by identifying a local issue that you care about, and brainstorm as many solutions as possible. Follow the Roots & Shoots Formula for a structured way to make an impact! Finally, remember that no idea is ever too big or too crazy.

Caroline has found inspiration and peace in the outdoors for as long as she can remember. Growing up in places like Boston MA, St. Petersburg FL, Toronto, and Singapore, she developed a desire to protect all of the beautiful places on Earth. She is now working on projects as a student at the University of San Diego studying environmental studies. Along with fighting for the environment, you can find Caroline taking photos of the stars in Joshua Tree National Park, meditating in her dorm room, playing in the waves at the beach, and cooking up some healthy food (or her famous vanilla berry cake). Caroline is thrilled for her third year as a part of the NYLC which is made up of some the most inspirational people she has ever met.