You are at:Home»Conservation»Celebrating World Rhino Day by Standing Up For Rhinos

To save the rhinos, it is not enough to support anti-poaching efforts on the ground. We must also fight corruption, a tough challenge for there is corruption everywhere. Just do something, and do it now, before it is too late. – Dr. Jane Goodall, DBE, founder of the Jane Goodall Institute and UN Messenger of Peace

September 22nd is World Rhino Day, and for the first time in this decade long bloody war, I finally see reason to believe we CAN save the rhino. The number one factor enabling wildlife poaching is corruption, and up until 2018, there has been very few tangible breakthroughs in the battle to eliminate the corruption driving rhinos into extinction.

Earlier this year I had an extraordinary experience with a massive white rhino bull. I was focused on a mother and two calves in the distance, when he snuck up on me through the long grass. Crouched down on the ground, I suddenly saw him walking towards me. We were just ten meters apart, and I had nowhere to go. My heart began to thump harder and harder as he slowly took another step towards me, then another, and another…

We were one last step apart as our breaths mingled in the wild air, and I stared, deeper into his eyes; this magnificent species that survived the ice age, and can survive almost anything but human greed. I felt my heart beat to the drum of evolution…after a long pause, he slowly backed away, and then led his family in the opposite direction. I was stunned, humbled, inspired. 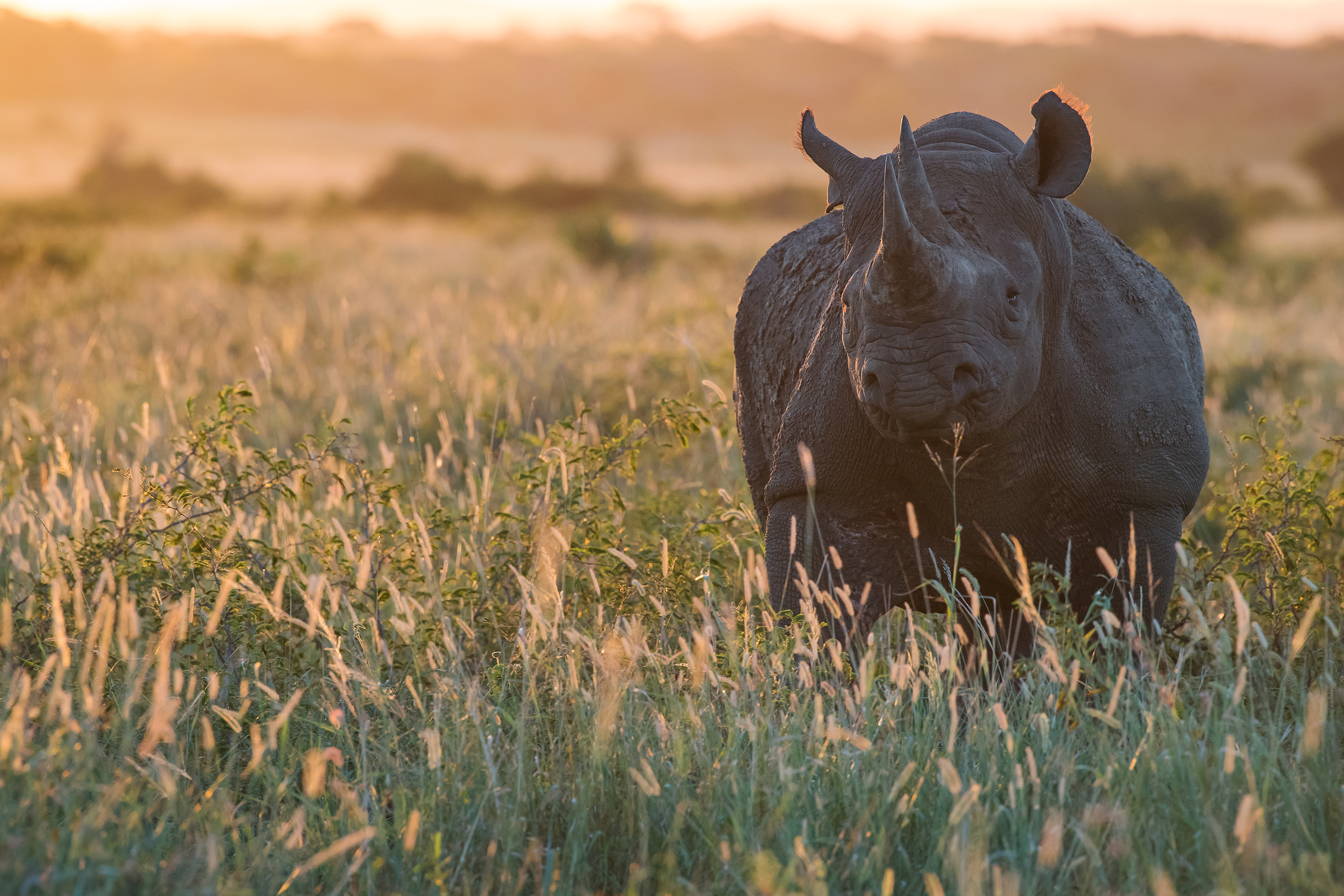 Since I began exposing corruption enabling poaching, I spend a lot less time in the wild, and I have a deep gratitude for every precious moment these extraordinary animals choose to share with me.

In January 2016, I published an article titled, ‘Rhino poaching kingpin and the magistrate who keeps him out of jail’. Back then I had no idea that one article would be like a master tracker, leading me to the next track, and the next track, until finally I discovered the vast level of corruption in the illegal rhino trade.  Z.W. Ngwenya – the Zulu word for crocodile – is a defense attorney who once represented most of the rhino poachers in Zululand, South Africa. Under a cloud of suspicion, they almost always got off with an acquittal, or a petty fine and no jail time. Finally, his reign has come to an end.

Saving the Wild and many unsung heroes systematically dismantled the ‘Gwala Syndicate’ headed up by Zululand’s accused rhino horn dealer, Dumisani Gwala. We played a critical role in the June 2018 Hawks Police sting operation that led to the arrest of the alleged rhino poaching kingpin of Kruger, Petrus Mabuza AKA “Mr Big”. We exposed the ‘Blood Rhino Blacklist’, an alleged syndicate of magistrates and lawyers who have for years been taking bribes on rhino poaching cases. Last month, the Regional Court President was charged by the Magistrates Commission, with criminal charges expected to follow for all crooked justice officials. 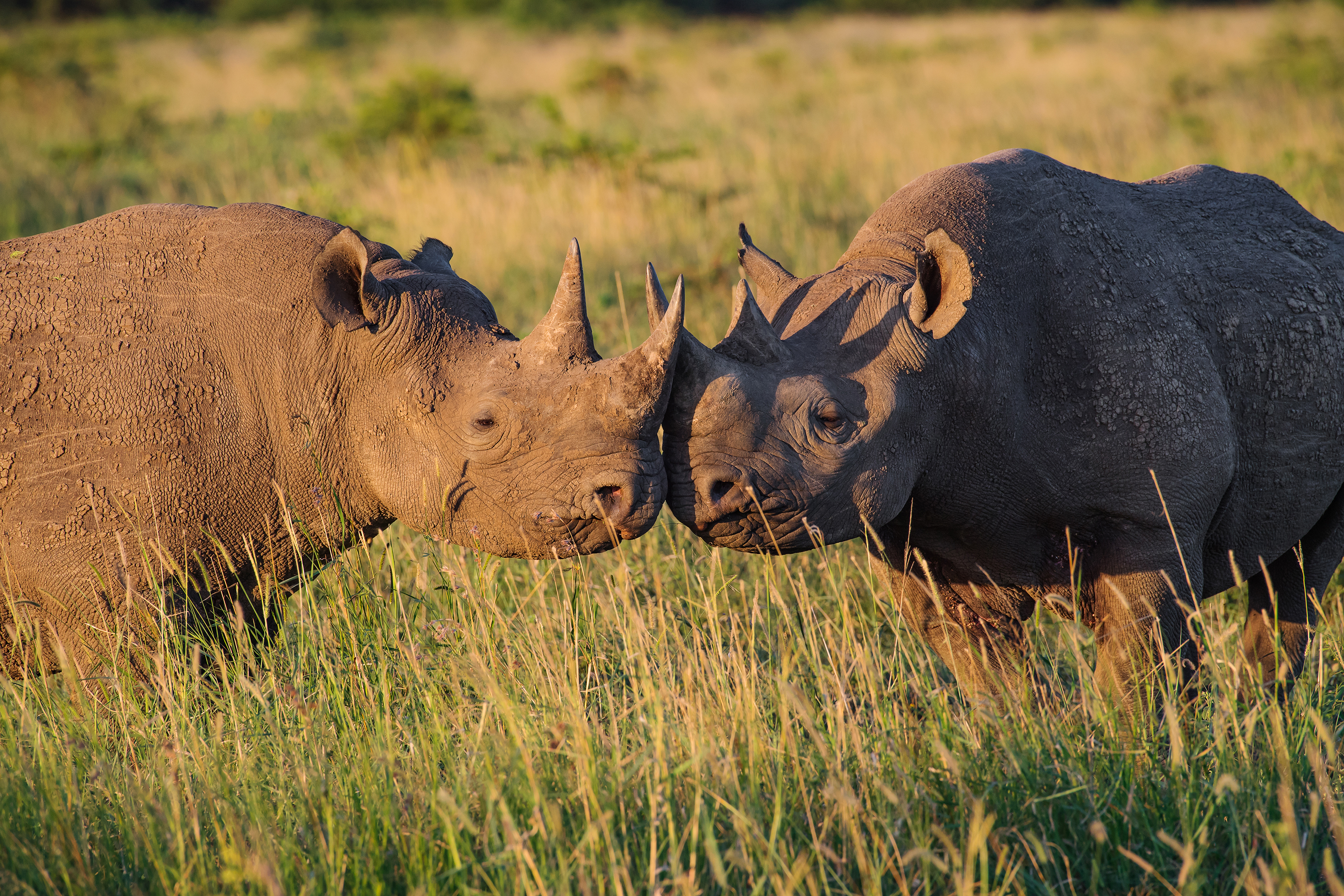 World Rhino Day is September 22nd, and there is finally a collective crusade against corruption. Whether you are a citizen amplifying your social network to apply pressure on government by sharing this story, or you work for the state and within the system, this is your moment to decide what side of history you want to be on.

We all can, and must, do more.

Jamie’s work is an example of one individual choosing what kind of difference they want to make. When it comes to illegal wildlife trafficking, we’re in this together. Learn more about how JGI is tackling the illegal wildlife trade and protecting chimpanzees here.