You are at:Home»Conservation»Thomas D. Mangelsen Unites with Dr Jane Goodall for his Legacy Release

So often when I visit the wilderness I am spellbound by some glorious scenery. I feel a longing to capture the image so that I can take it away and look at it, again and again. Mother Nature paints with a grandeur that I cannot even begin to imitate. And although I often tried to take photographs, they were dull and poor, baring no resemblance to the glowing originals. And so I had to be content with my memories. Until, that is, I met Tom Mangelsen, and visited one of his Images of Nature galleries. -Dr Jane Goodall 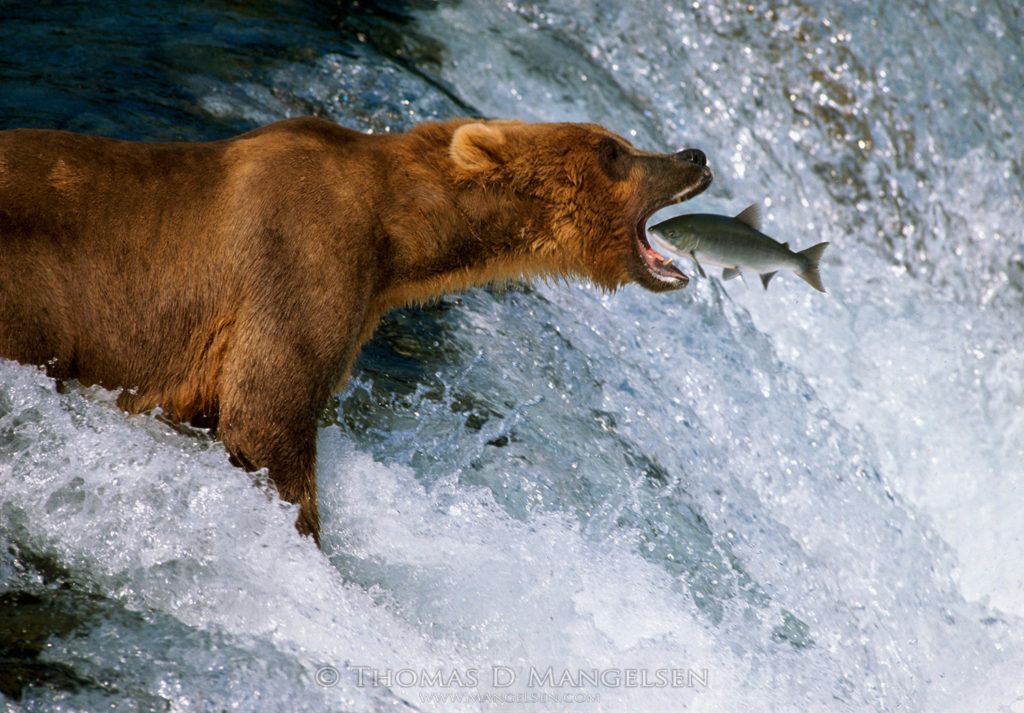 An Alaskan brown bear perfectly positions himself above Brooks Falls to catch a leaping salmon. One of the most recognizable wildlife photographs of all time, Thomas D. Mangelsen’s ‘Catch of the Day'(1988) sold out since the early nineties – is the flagship image of the Legacy Reserve Collection.

This August 2017, Thomas D. Mangelsen releases his Legacy Reserve Collection–testament to the rewards bestowed upon a distinguished student of nature, patiently capturing those rare moments of the extraordinary and the vanishing. My friend Tom, the humble legend that inspires me to be a better human, has traversed the globe for nearly 50 years photographing earth’s last great wild places. I hitched a ride on Tom’s wild life this year, an adventure that began in South Africa, stalking black rhinos. His exceptional talent is undeniable, and his patience is phenomenal – I know leopards that are less elusive than the mama bear grizzlies of Grand Teton that we searched for as they came out of hibernation in May.

The first Mangelsen photograph I ever experienced face to face was ‘Eyes of the Grizzly’ who I have since come to know affectionately as Blondie. I was racing through Denver airport when suddenly something in a shop window stopped me in my tracks. Just a three-old bear at the time, and fending for herself, there was a vulnerability about Blondie that I saw in my own struggle as a wildlife activist, and the innate desire to survive.  My first magical encounter with Blondie was this spring while out photographing with Tom during the golden hour; shafts of diamond sparks illuminated the Teton mountains, and her grizzly bear fur shone like the glitter of gold. The previous six hours were spent staring at trees. Seriously. And yet it was worth the wait.

Now, as Tom tells the story, his dear friend Jane is far luckier than I am, luckier than most really. Their very first day together exploring Yellowstone in 2001, Dr Jane’s virgin trip to this breathtaking American wilderness, they saw a family of black bears, two grizzly bears, and a wolf! 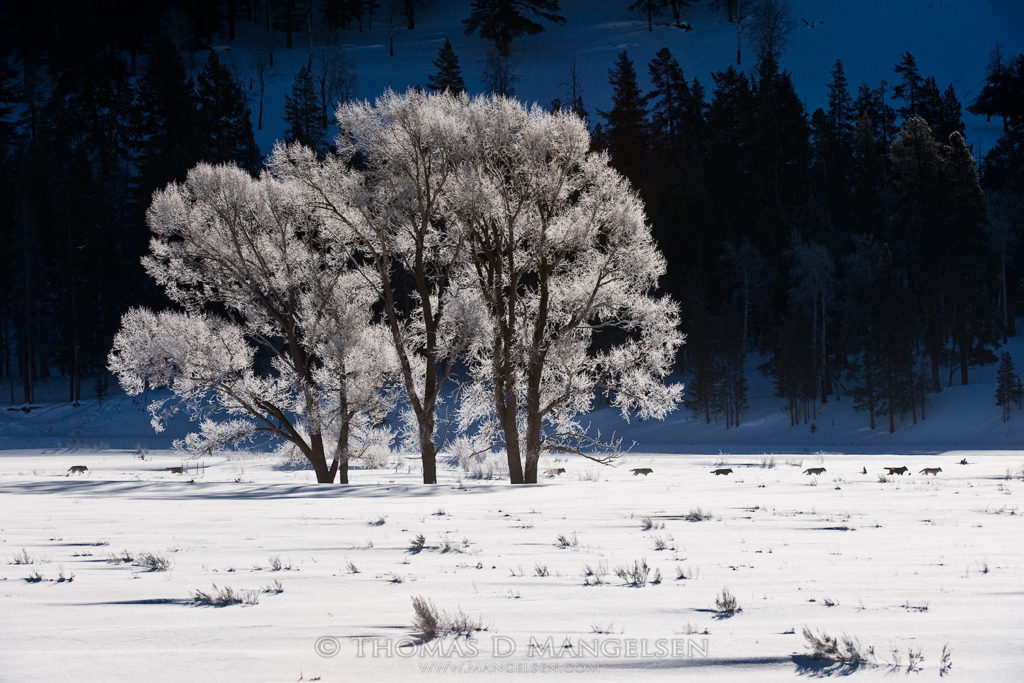 In 1975, when Tom printed his very first limited edition photograph, he made the decision to hold back his most valuable prints, numbered between 1 and 20, so that one day, as a career capstone, they would be offered together as a legacy collection.

Tom is a lifetime defender of wildlife, and has reserved some of his legacy photographs for environmental organizations he believes are setting the pace in the pursuit of justice for species being persecuted by human greed. My NGO, Saving the Wild, has already benefited from a private event that took place a few weeks ago, a prelude to Tom’s legacy launch, where we auctioned off his Shades of Sapphire Leopard, number 9 of 20. Those funds helped us to complete our mission to expose the alleged rhino poaching kingpin of Zululand, and this may very possibly lead to the first ever conviction of a syndicate boss. Tom sits on the international advisory council for the Jane Goodall Institute. He was named Conservation Photographer of the Year by Nature’s Best Photography, placing his work in the permanent collection at the Smithsonian’s National Museum of Natural History, and his honors include the BBC’s Wildlife Photographer of the Year. He is the co-founder of The Cougar Fund, and a Founding Fellow of The International League of Conservation Photographers. 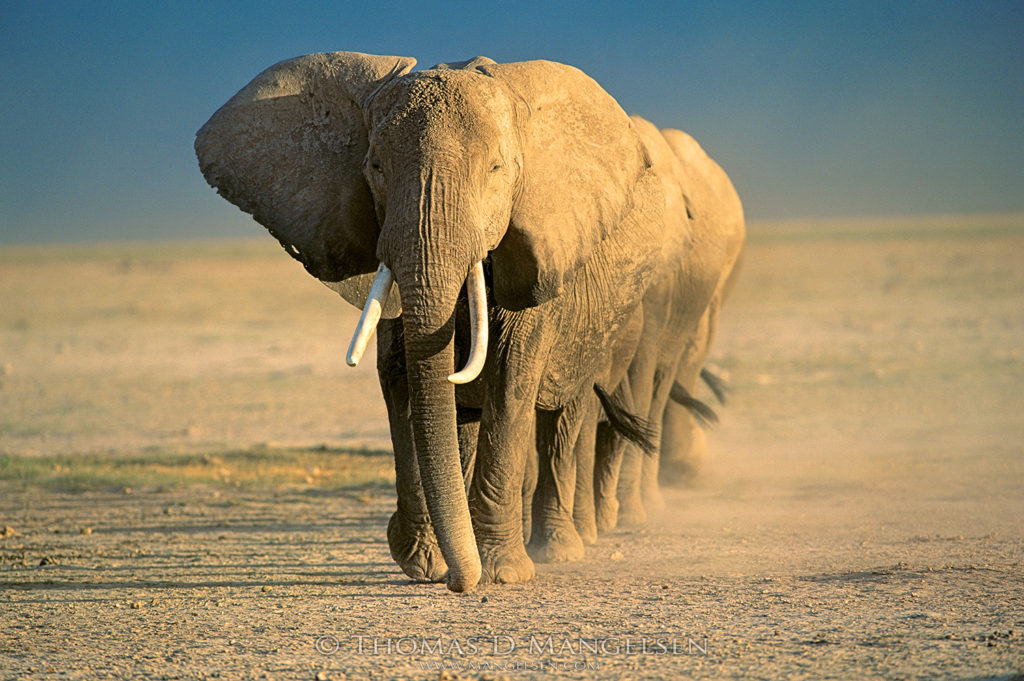 Amboseli Crossing (1994) | Number 8 of 20 has been donated to the 2017 WildAid Charity Gala taking place in November. WildAid has played an instrumental role in recent years to reduce the demand for ivory in China. 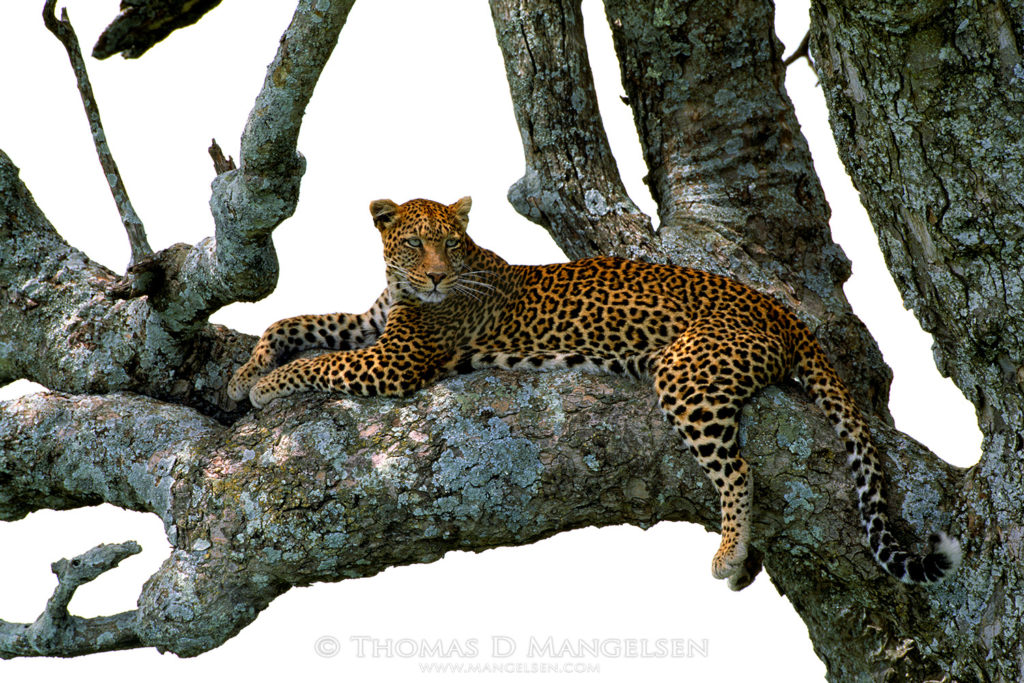 Myriad shades of sapphire, aquamarine, and brilliant green lichens play off the jewel-like eyes of a leopard, who spends afternoons taking refuge in her favorite “sausage” tree. Shades of Sapphire (2004) – Number 9 of 20 donated to Saving the Wild to expose and eradicate corruption enabling wildlife poaching.

Tom has formed friendships with many of his collectors, drawn together by their deep appreciation for Mother Nature and her abundant gifts to humanity. And thus it made perfect sense when he told me he wanted to create an experience for his legacy collectors, an opportunity for him to share the most meaningful moments in his journeys that have spanned every continent, with Jane by his side; the angel on his wings. All legacy collectors will be invited to join Tom for a day of autumn wildlife watching, and later fireside storytelling with Jane at Tom’s cabin near the foot of the majestic Tetons, the backdrop to some of his most famous photographs. 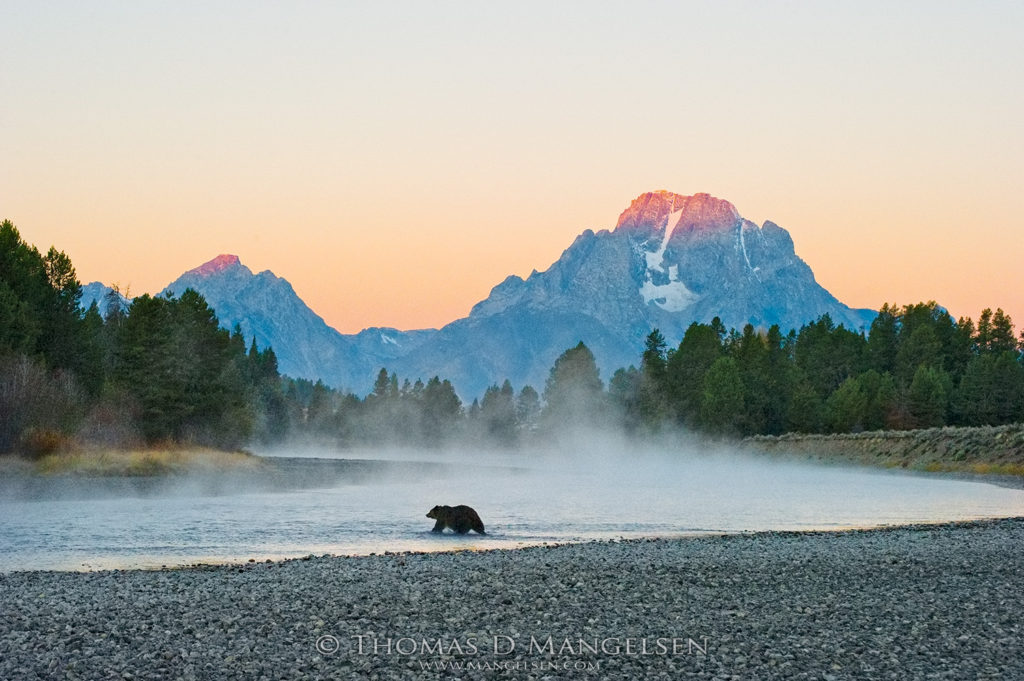 First Light | Grizzly 399 (2012) – Number 18 of 20 has been donated to Earthjustice to support their legal battle to save the grizzly bears of Yellowstone. On June 22, The U.S. Department of the Interior removed the Yellowstone Ecosystem grizzly bears from federal protections under the Endangered Species Act.

Says Dr. Goodall, “As I got to know Tom the man, I understood better the secret of the success of Tom, the photographer. He portrays animals as individuals, complementing and bringing focus to the landscapes where they live. And he feels with his heart, as well as seeing with his eyes.”

All photographs featured on this web page are included in the Thomas D. Mangelsen Legacy Reserve Collection. To view the entire collection visit: mangelsen.com/legacy