While some students fight for fewer assigned reading pages, others fight for their right to read at all. Education is not a given right in some places, which is a hard truth that young activist Malala Yousafzai is working to change. Today is Malala’s 20th Birthday and she is one of today’s most compassionate leaders.

Malala Yousafzai is from Mingora, Pakistan, and was named after Malalai of Maiwand, who was a famous woman warrior and poet. Her father, Ziauddin Yousafzai, was a major advocate for children’s education and opened his own school to teach local children in his community. Malala was greatly inspired by her father’s work and soon became an activist in women and children’s rights to fight alongside him. At a young age, she defied the Taliban by attending her father’s school, hosting public speeches on women’s right to education in Pakistan, and blogging under a pen name for BBC about life in Pakistan under the Taliban. But her activism gained such public attention that the Taliban issued a death threat against her and she was later shot in the head on a bus home from school. She survived the attack, showing incredible fortitude during her healing process. She responded not with rage, but with a deeper commitment to her quest…

I don’t want revenge on the Taliban. I want education for sons and daughters of the Taliban.

Upon her recovery, Malala became the face of activism for education for women and girls. This is a role that she neither anticipated nor sought out, but one that she has succeeded greatly in. After being nominated twice, she became the youngest person ever to receive the Nobel Peace Prize at just 17 years old. In regards to the honor, she said, “This award is for those forgotten children who want education, for those frightened children who want peace and for those voiceless children who want change. I am here to stand up for their rights. Raise a voice so it becomes the last time we see a child deprived of education.” 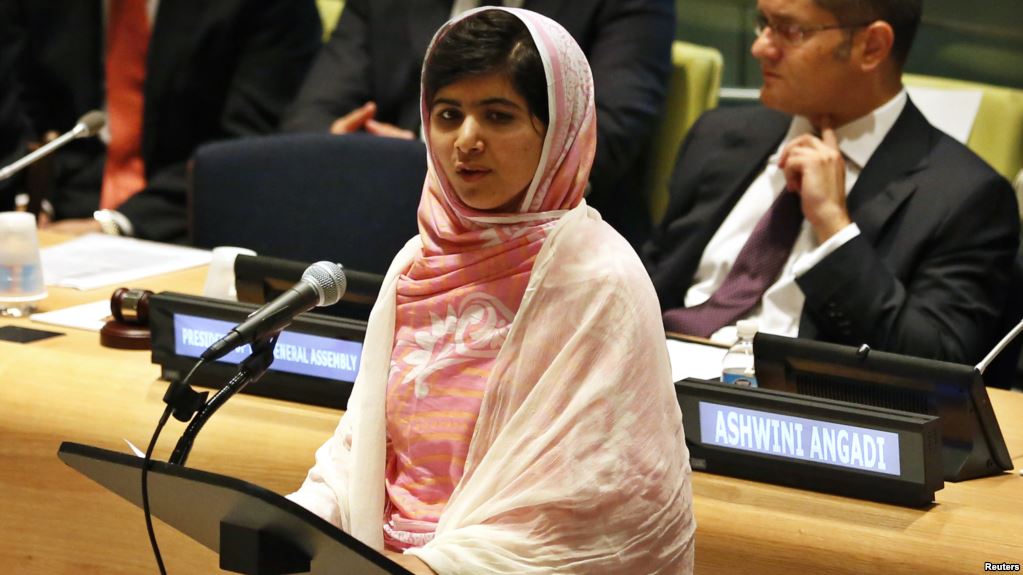 Malala speaks to the United Nations on education for young girls- her first speech since the attack. Credit: Reuters

In April 2017, United Nations Secretary-General Antonio Guterres appointed Yousafzai as a U.N. Messenger of Peace to promote girls’ education. She uses this platform to push the boundaries of other countries’ rights in order to promote education for all young women. Dr. Jane Goodall and Malala Yousafzai s 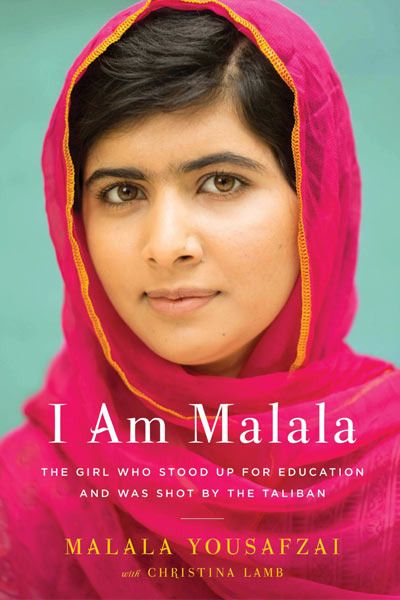 hare this role at the U.N., along with Princess Haya Bint Al Hussein, Midori Goto, and many other compassionate leaders. These profound women are some of the most thoughtful and conscious leaders in our modern world, and are amazing role models for young girls to aspire to be.

World Malala Day is celebrated on July 12th to help raise awareness for girls’ right to a proper education, and a reminder for all of us to speak up in support and protection of this right. Each year, Malala speaks to thousands of people around the world, asking them to educate young girls so that knowledge can be used to fight oppression and ignorance. At 20 years old, she visits education camps for Syrian refugees, deliberates with powerful government leaders, continues to advocate for education in her hometown of Swat Valley, Pakistan and has even published her own book, I am Malala. But in Malala’s mind, her age should mean nothing at all,

Bring change now…
1. Create your own service project such as a fundraiser or an after school tutoring program for children at your local library.
2. Donate to the Malala Fund today to help support girls in refugee camps, girls living in poverty, and girls afraid to go to school because of gender-based violence.
3. Utilize your social media to spread awareness on this topic.

A great example of a project with a similar theme to Malala’s mission is Lily’s Lovebirds – Girls Helping Girls Go To School. The goal of this inspiring project is to spread more awareness and to help girls gain access to an education. Lily raises funds that go to nonprofit organizations, including the Malala Fund, by crafting Lovebirds, which are small handmade fabric birds. Her community donates everything she needs, including recycled materials and scraps of fabric. This is a perfect example of a project that you and your community can do to honor Malala’s compassionate leadership and to help celebrate Malala day!

Education Gender Health & Conservation Girls and Women Improving Gender & Health Outcomes Malala Day policy & advocacy UN Messenger of Peace Youth Activism
Previous ArticleCompassionate Leaders You Should Get to Know: Laurie Findley
Next Article From the Gombe of Yesterday, to the Gombe of Tomorrow and Beyond!