You are at:Home»Conservation»One Huge Step for Conservation in the Eastern DRC

Last year marked a number of setbacks for conservation, though there were also a great number of successes! While we should stay ever vigilant in regards to the challenges to conservation, it is always in our best interest to look for the signs of hope – those happy victories which keep us going and believing in what we can accomplish. 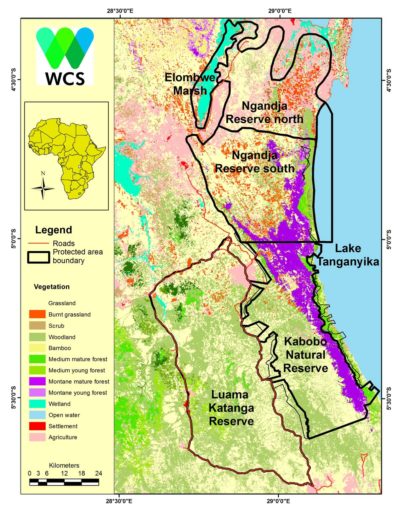 This is the story of a massive success: the creation of a protected area in the Congo Basin with a “landscape larger than Long, Island, New York”! (WCS) This past Thursday, the Provincial Minister in charge of Planning, Environment, and Cooperation in the Tanganyika Province, DRC, John Banza, spoke about the importance and success of the recent creation of Kabobo Natural Reserve.

On Dec. 21st, 2016, Richard Kitangala, the Provincial Governor of the Tanganyika Province in the Democratic Republic of Congo, officially approved the Kabobo Natural Reserve. Situated across 570 square miles of the southern section of the Misotshi-Kaboga massif (RainForestTrust), an area of the Albertine Rift region in Democratic Republic of Congo (DRC), the reserve houses an extreme array of biodiversity. Neighboring this reserve is the Nagandja Reserve, which spreads over a 1,223 square miles long. Together, they are known to be the “largest forest and water catchment on Lake Tanganyika,” which allows for the “protected area to [create]a landscape larger than Long, Island, New York.” Adjoined with those two reserves is the Luama Katanga Reserve, containing approximately 2,500 chimpanzees plus hippos, elephants and lions. The Luama Katanga Reserve is a massive 889 square miles. Most excitingly, the dense forest of the eastern DRC is home to a great number of chimpanzees and the rare Grauer’s gorilla. 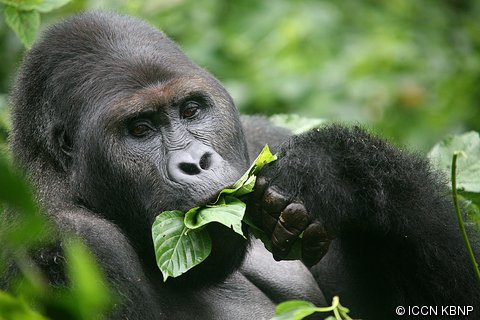 The Wildlife Conservation Society (WCS), led the effort in designating this area for the reserve, with coordination and facilitation from the Eastern DRC Conservation Action Plan (CAP) which the Jane Goodall Institute manages. The CAP is a collaborative plan (involving sanctuaries, foundations, research groups, local governments and more) using the Open Standards for the Practice of Conservation to discern the best strategies for protecting various ecosystems in the parts of the Congo Basin which are located within Eastern DRC. With the investment and involvement of JGI, United States Agency for International Development (USAID), U.S. Fish and Wildlife Service, the Critical Ecosystems Partnership Fund, Rainforest Trust, the Arcus Foundation and IUCN SOS, WCS, and other groups, this project was integrated into the CAP for its vital role in the preservation of so many species, with charter and buy in from local communities. Surveys were conducted to understand the species which inhabit this environment, and in 2007 alone WCS discovered “four mammal species new to science, as well as three new plant species” (WCS). In addition to these newly identified species, the Kabobo Natural Reserve is home to 558 terrestrial vertebrates including elephants, and 1,410 plant species (WCS). It is because of the sheer number of documented species inhabiting this region, that it is considered one of the most biodiverse areas in Africa, and so worth protecting.

Although the Kabobo Natural Reserve is recognized as a biodiverse ecosystem for animal species, it is important to remember that they aren’t the only ones living there. When trying to push a law mandating this area as a natural reserve, the WCS as a part of the CAP also worked closely with local communities to better understand what was most important to them. Some of these local people happen to be of the Batwa, a pygmy tribe located around the reserve in the DRC. Visits were conducted of all of the local villages to take socioeconomic surveys in order outline how the Kabobo Natural Reserve might impact their lives. Before finalizing where the boundaries of the reserve would be, each village was visited to discuss their wants for the borders. Through this, the plan allowed “rural communities, including indigenous people, to have a voice regarding governance of natural resources.” (WCS) 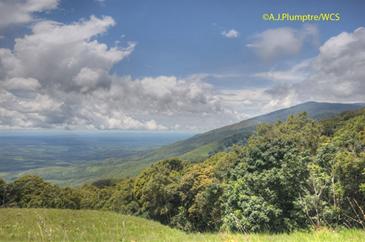 The approval of the Kabobo Natural Reserve has proven to be a critical step in the protection of wildlife in the DRC, in addition to the greater chimpanzee range as a whole. By connecting this important section of the DRC with other adjoining reserves, a more continuous ecosystem throughout the Congo Basin will be established, which is tantamount to species preservation and recovery, particularly for chimps and gorillas. Through the reserve, effective studies and surveys will be able to coincide with the fundamental goal of protecting the site. Because of the CAP’s committed aim of collaborating with local communities, WCS along with the local government, has formed a committee to partake in the co-management of the newly official reserve. This will help to ensure “sustainable resource use and community participation in conservation” (WCS).

This reserve is an example of what is possible when scientists, conservationists, foundations, organizations, leadership and communities work together at every level. The more we are able to protect essential ecosystems, like this one, in a completed area, the more we are able to effectively save species. Intact forests are essential for plants and animals alike, and our work with other groups as a part of our Conservation Action Plan in this area continues to grow in exciting ways because of these collaborations, making sure even more forests remain undisturbed. We can’t wait to share what comes next!