Dr. Jane Goodall and JGI know the power of social media can connect far more people much more quickly than any one person could do on their own. This is why social media is Jane’s Fifth Reason For Hope – and why #JanesTrafficStop is going to bring people from across the globe together like never before to work toward finally ending the illegal wildlife trade.

All of our efforts to save wildlife will be crippled unless we educate ourselves and one another, and act to defend wildlife against poaching and trafficking. For every 1 chimp taken from wild for the pet or entertainment trade, likely 10 others have been killed for bushmeat, to orphan chimps, or in the mix of the poacher’s snares. The issue is robbing this world of thousands of species – populations which will take hundreds of years to recover, or not at all. Our planet will be empty, and we will be lost.

Tune in to watch our live chats with experts and guests discussing wildlife trafficking on the Dr. Jane Goodall Facebook page here.

This is where the conversation begins. 80% of the U.S. population knows little/nothing about wildlife trafficking. With Jane’s Traffic Stop, we are sharing conversations, information, questions and more around wildlife trafficking to get people talking about, sharing and responding to the issue like never before. As a part of our live chats, Roots & Shoots (JGI’s youth education and leadership program for people, animals and the environment) U.S. National Youth Leadership Council Member Nathan Nateras will be one of our Wildlife Watchers taking us along for this journey!

Get to know him:

Nathan has lived in Los Angeles, California his entire life, which he loves. He believes the dynamic and diverse city has given him the opportunity to witness the division between people and learn from the city’s inhabitants who work to unite the people of Los Angeles.

WHAT NATHAN CARES ABOUT

Nathan is very aware of, and wishes to change the existence divisions in his own community, and society in general. A good example of this division would be his own neighborhood, Highland Park. In recent years, rent has increased to such an extent that 30% of the neighborhood’s community has been displaced. These displaced people either add to the number of homeless in LA or increase the density of inhabitants in the already dense and poor neighborhoods. This has led to an increasing tension between the people of the neighborhood and city officials, which have sparked various protests. During these times, Nathan helped three families find an affordable home in or nearby the same neighborhood, doing his best to keep people afloat. Having grown up with similar conditions of the people of his community, Nathan has grown very passionate about serving the less fortunate. 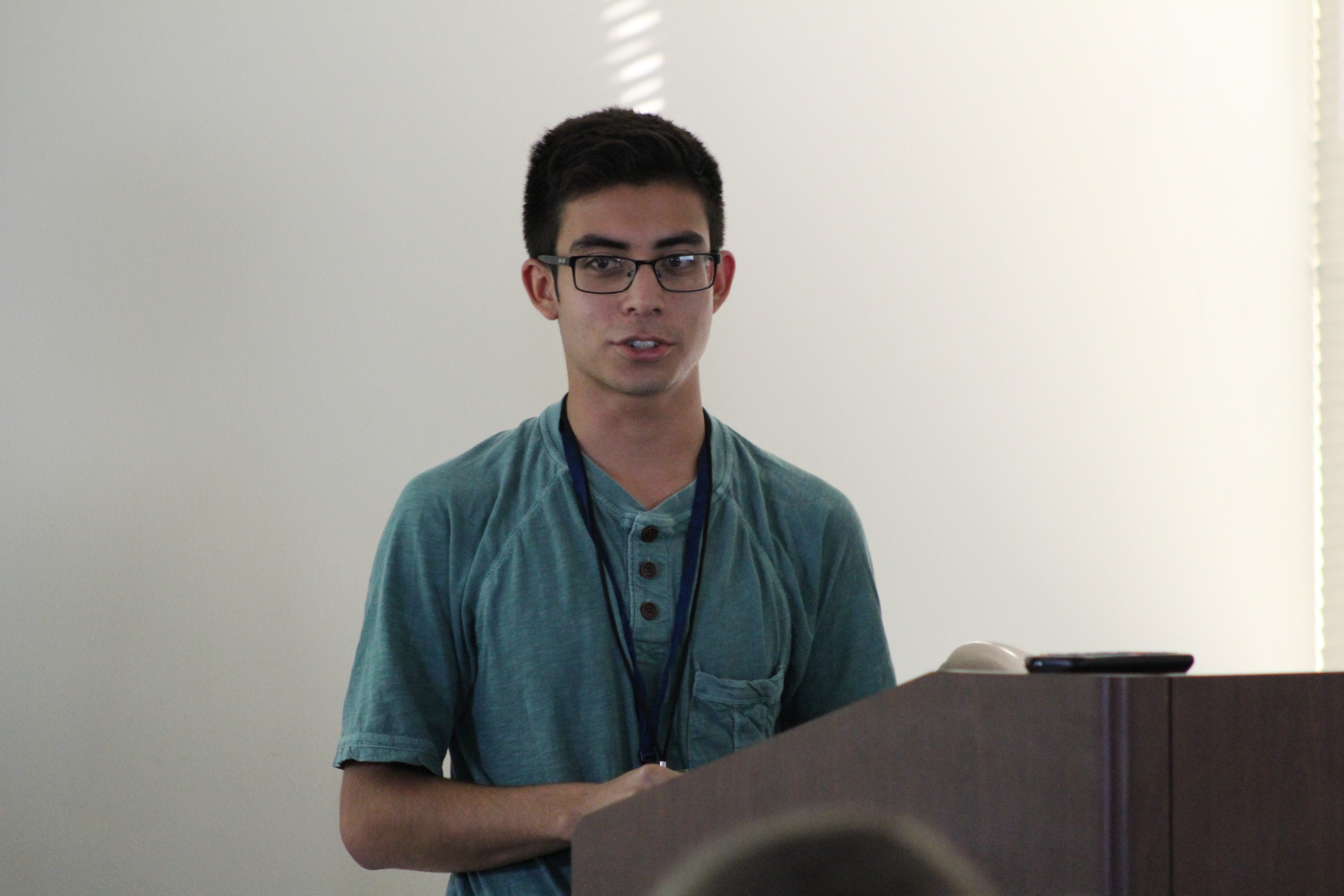 He is now a vital member of a local soup kitchen, and is mainly tasked with leading volunteers through the event and simply overseeing that everything gets done efficiently. He’s helped organize teams for events such as March of Dimes and AIDS Walk and helped raise over $1000 dollars in total for the causes. After going through some emotional struggles himself, he began what he calls The Wellness Club, which promotes students to not only work hard in school but ensure they take good care of themselves in the process. In doing this, he hopes to gives the students of his school the tools they need to maintain healthy and hopefully promote the health of others.

Alone, Nathan has completed over 850 hours of community service since his Freshman year, and has a personal goal of reaching 1000 by the time he graduates (2017). While he is proud of his community service record, Nathan is actually more happy about the experiences he’s had because of it. He’s helped host music shows, art galleries, food drives, sent art supplies to schools in Peru, sent clothing to children in Guatemala (his home country), helped advertise animal adoption events, volunteered at city events and local festivals, participated in clean-ups at beaches, rivers, and on the streets, and more. An important characteristic about him is he’s never found joy in saying he’s done these things, but because he feels his work has a positive impact on his community.

These Wildlife Watchers will be learning, commenting and sharing along with all of you as we work to end wildlife trafficking. They show us that each of us can make a difference in so many ways – it’s up to us to take advantage of each day to contribute some bit of good for the world.