You are at:Home»Conservation»Game On! Save Great Apes On Game Night

It is without question that many have been inspired, learned from or have taken action because of Dr. Jane Goodall’s tireless commitment to conservation. Sadly, great apes across the world continue to face the looming threat of habitat loss and poaching. For example, the Eastern Gorilla has lost almost 70% of its total population in the past 20 years. That is almost 13,000 individuals. This is not only terrifying, but tells us that now, more than ever, we need to create widespread awareness about the gravity of what losing these species truly means for our world. 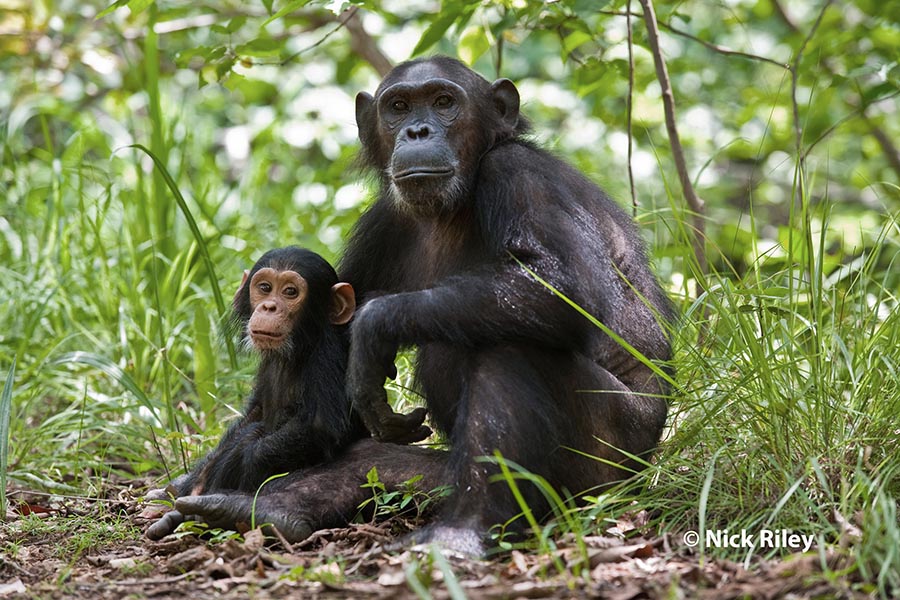 Gaia and her son Google in Gombe National Park, Tanzania

Understanding this need, and motivated by Dr. Goodall’s lifetime of work, Doreen Ingram and Craig Swanson have created a board game called the “The Great Apes Survival Game.” Through the interactive gameplay, they hope to reach a larger audience and bring awareness about the plight of the great apes, and issues that they face. The main goal of the game is to be a wildlife ranger, and to discover facts about great apes along the way. This is done whilst taking down poachers and learning about what motivates the market for the illegal trade of great apes (learn about our wildlife trafficking campaign Jane’s Traffic Stop). Through the different “ranger” and “poacher” cards players will learn about a threat, something positive, a fact, or something else related to the specific great ape on the card. 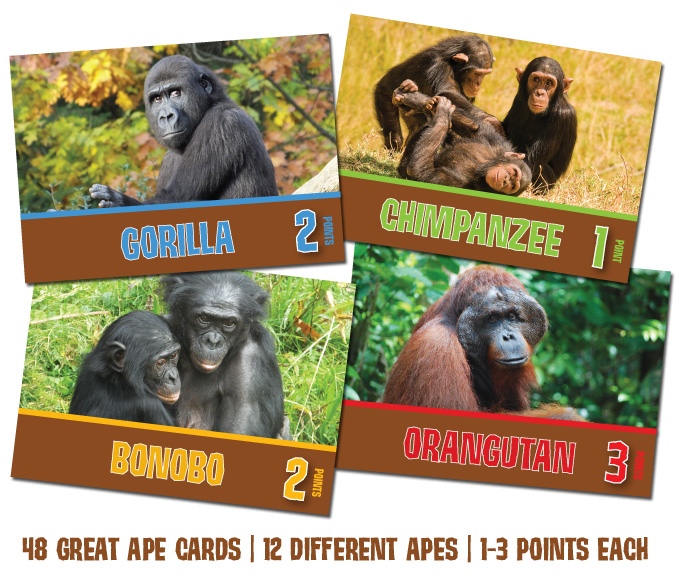 The creators wanted the game to not only be an informational tool, but also to be instrumental in actually contributing to the cause of protecting great apes. Aside from the apparent educational value of the game for the general public, a portion of the profits made from the game will be donated to organizations that work to rehabilitate great apes! Their kickstarter (here) helps cover the manufacturing cost of this game, and anything earned above their goal will go to Chimp Eden,  the Jane Goodall Institute (JGI) South Africa Chimpanzee Sanctuary. The sanctuary serves as a home to chimps that have survived being hunted for bush meat, trade in illegal pet markets, been orphaned from a combination of the two, or were rescued from entertainment. (See video of Mowgli here.) 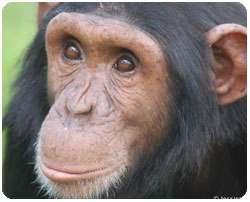 Doreen and Craig are also interested in providing these games for organizations to re-sell and raise money and awareness. Doreen has for many years written books for children highlighting conservation issues. Craig is a creative director, designer, and entrepreneur who believes in creating children’s games and products that are tied to a social message or cause. Combined, the product is a perfect example of educational and immersive gaming done right.

We would like to thank the developers of the game for considering this important issue and for translating it into a playable format. It is vital that poaching, wildlife trafficking, habitat loss and environmental degradation be stopped, and this game is the start of just that. If children are empowered and sensitized through education disguised as a game from a young age, this creates a set of positive values that they will live with for the rest of their lives. The game is helpful in so many ways and we are incredibly thankful for these smart, caring, game-making activists ! Great ape survival is something we know we will win in part because of these efforts.