You are at:Home»Seriously Good For All»Social Change? There’s an App for That.

Having an interest in and a compassion for all living things is something I believe we are born with. We don’t like to see people unhappy, we try to help them. We connect with animals and care for them deeply. There is not a single kid I know of who doesn’t think nature is miraculous and beautiful. Sometimes we lose sight of these wonders as we grow older and assimilate into society. We turn a blind eye to injustice and wrong-doing in favor of comfort. Luckily, I had a mother who rooted her own compassion in me from a young age and fostered it as I grew. This is how the Jane Goodall Institute, and more specifically Roots & Shoots, found its way into my life. 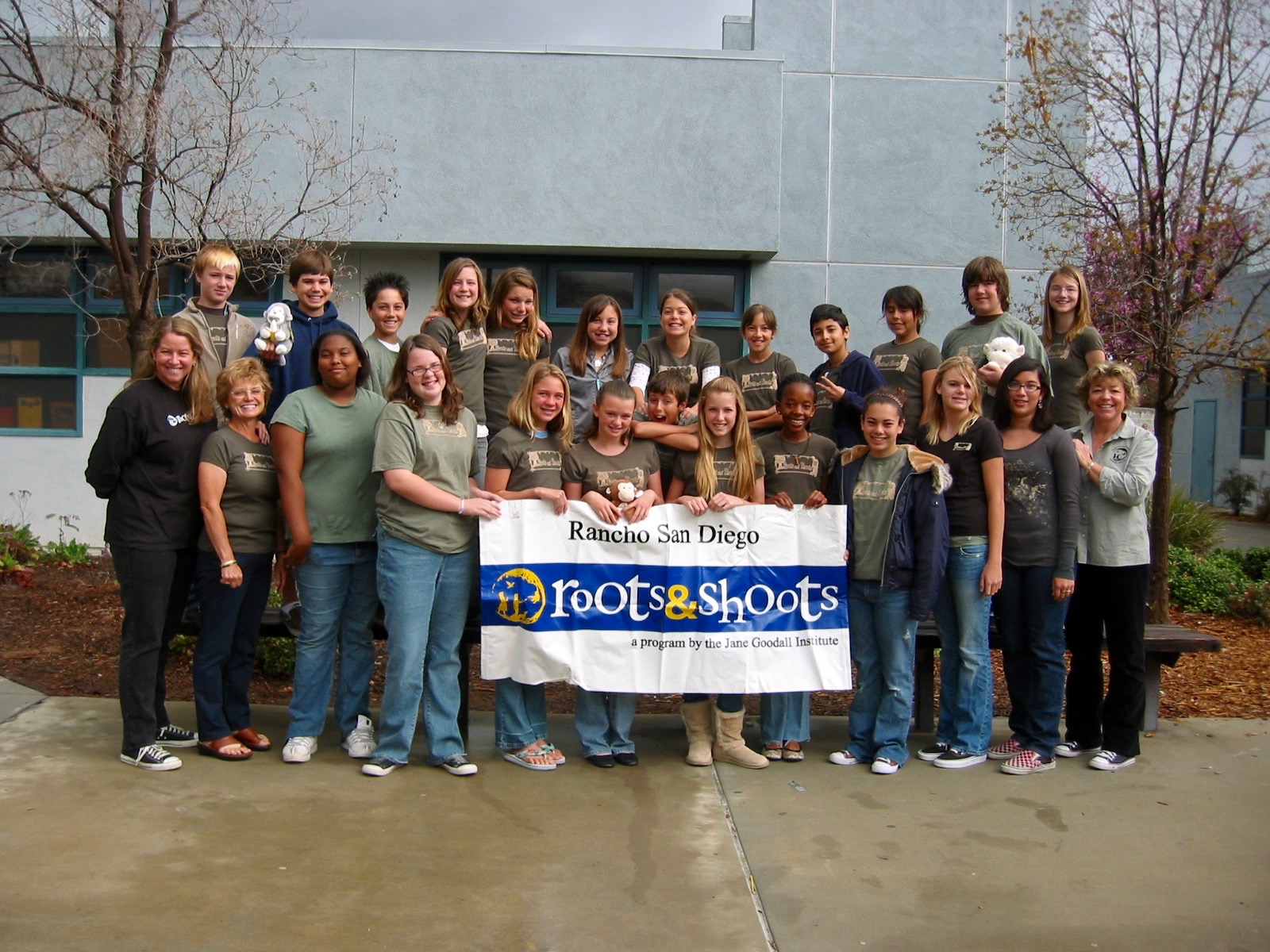 Roots of an Activist, Shoots of a Visionary

It started out as something fun that let me feel like a “big kid.” Attending my mom’s Roots & Shoots group meetings meant that as a third grader, I got to do projects with older kids at the middle school. We did all kinds of projects that benefited people, animals, and the environment- all things that made me happy – and I continued my work with the club when I reached middle school myself. It was incredible. I was able to make a difference, adults took me seriously, I ran my own projects, and no one around me doubted the strength of young minds. When I started high school, I wanted to provide kids with the opportunity I had. The most impactful thing you can tell a child is that they have the power to change the world.

I co-founded a Roots & Shoots chapter at my old elementary school and was able to plan projects, teach service learning, and mentor kids on their own paths of taking action in their communities. During high school, I also joined the Roots & Shoots California Youth Leadership Council, and later the National Youth Leadership Council. My time on the councils allowed me to help plan national events and campaigns, host summits, and connect with people around the globe trying to make the world a better place. 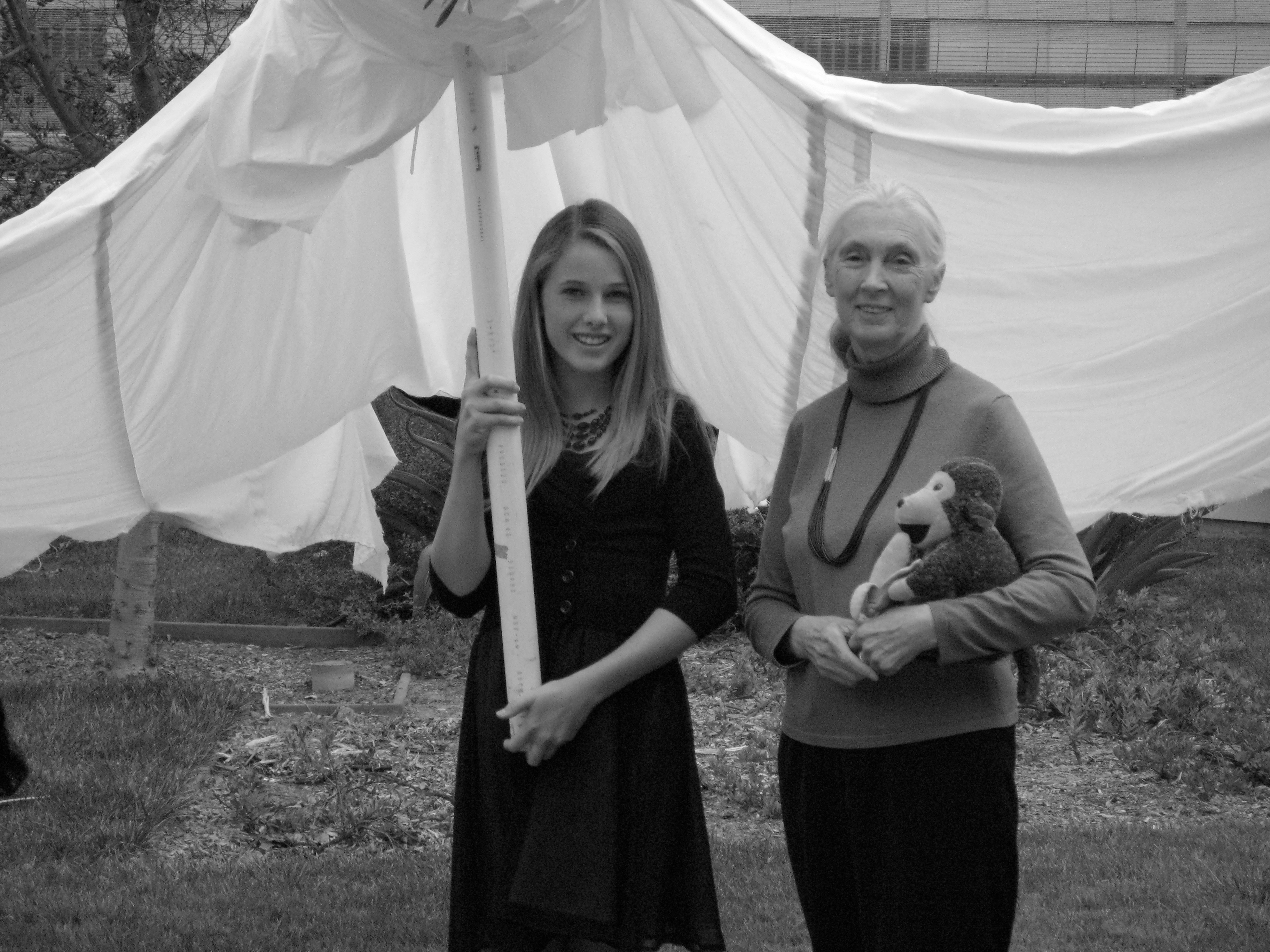 After nine years of involvement with the Jane Goodall Institute and various other service learning organizations I entered college worn out, and very unsure of what I was going to do next. I double majored in Design and Fine Art at the University of San Francisco and was able to explore my creativity in amazing ways that flowed into all areas of my life. I needed a little space to realize how rooted I am in my desire to make a difference; it is just a part of who I am. I began interning and offering design assistance to a few non-profit organizations during my time in college, but wanted to find something I could really get involved in again.

The most impactful thing you can tell a child is that they have the power to change the world.

The turning point actually happened when I started interning for a college party app, which I know sounds insane. We were working to create a messaging app, but changes in the company soon left a few of us with a huge opportunity, and we jumped at it. I began to talk with my co-worker and friend about the potential social platforms have, and how many are wasted on narcissistic and negative content. We started talking about an app that could change the world: positive content, ways to take action, and an uplifting community.
We founded Boomcast.

We call it a social platform for social change. I am constantly inspired by it’s potential to impact the way we consume media, the way we interact, and the way we view our own strength to make a difference (and I am not just saying that as a founder, pinky swear!). When we first began, I thought that no one would take two chicks gushing about positive vibes seriously, but they did. I was once again supported by those around me believing in the power of a young girl to change the world. Huge organizations from around the world began to join Boomcast as new featured channels. I know the power that Dr. Jane Goodall and her Institute have, and if we were creating a platform for change, who better to include than the people and organization that changed my life?

Now, in addition to user generated inspiration, the Jane Goodall Institute, DoSomething, Change.org, Goalcast, Headlines for the Hopeful, Jay Shetty, The Creativity Cure, Helpful Human, Project World Impact, and Cause Artist all have channels, and provide our users ways to take action on the world’s most prevalent issues.

An Army For Change

The lesson that has stuck with me the most from my time in Roots & Shoots is that knowledge leads to compassion, which leads to action. I have seen this take effect in all areas of my life and there is nothing more inspiring. Understanding something allows you to care, to light a fire in you, and this is where it all begins. On Boomcast, we are building an Army for Change; a community of people who believe that we can make the world a better place. They have the compassion, and now they have a platform to take action!

I was once again supported by those around me believing in the power of a young girl to change the world.

If joining a community of change-makers interests you, we would love to have you on Boomcast! Make sure to follow the Jane Goodall Institute on Boomcast to keep up with ways to get involved. 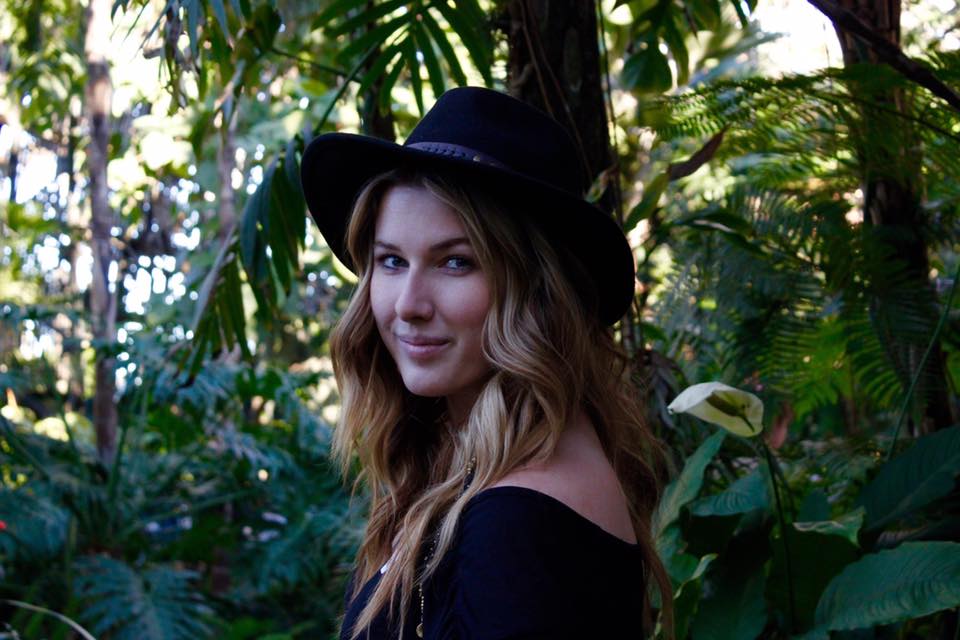 Ashley Sullivan is the Communications & Policy Officer at the Jane Goodall Institute, where she works to connect individuals with Dr. Goodall's vision, and the JGI mission. Ashley graduated Stony Brook University with a B.A. in Anthropology and a minor in Biology, and is currently pursuing a MS in Environmental Science & Policy at Johns Hopkins University. She has a varied background including conservation, art, communications, digital media, design, photography, and documentary filmmaking. Ashley believes in sharing information to empower and in magic of storytelling to change hearts and minds. Through growing understanding and empathy, she believes it is possible to ignite positive change, every day.