You are at:Home»Conservation»No Grey Area in Protection for African Greys

The African Grey Parrot is a beautiful and highly intelligent bird that comes from parts of Central Africa*. These parrots consistently show up on television shows and in viral videos performing tricks or solving complicated puzzles. Unfortunately, due to their social nature, remarkable emotional and cognitive abilities and willingness to learn, many people believe that they make excellent pets.

The exotic pet trade around the world is creating an absurd demand for animals. Many people love the novelty that comes with owning an animal that isn’t exactly your average pet. These animals are inhumanely handled, mistreated, shipped and often die during the time between their capture and sale in an exotic pet market. According to unofficial estimates, nearly 90 – 99% of the wild African Grey population in Ghana has been depleted in the past 40 years. That is a staggering 3 million individuals. 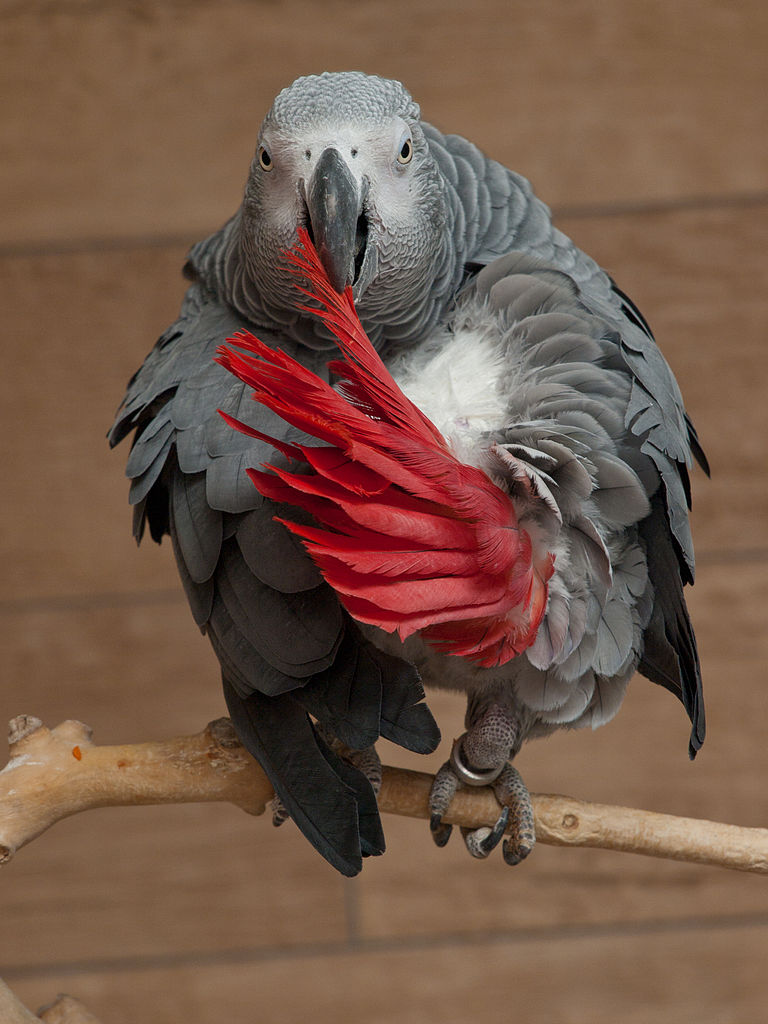 Despite partial protections created in the 1990s, the species is in collapse. Much of the research done on this issue ties the problem to a “highly skewed” age structure. This means that past and ongoing poaching has created a wild population of individuals that aren’t able to mate successfully, either because there aren’t enough in sexual maturity, or there are too many who are too old to reproduce. This is the true enduring effect of wildlife trafficking, and how species already in delicate condition (due to habitat loss and environmental change) become extinct.

Later this month, CITES, the Convention on International Trade of Endangered Species of Fauna and Flora, is holding its 17th annual conference in Johannesburg, South Africa. This is a pivotal meeting as member countries will come together and address the need for strict protection for animals such as the African Grey. As evidence of this need to make their trade illegal, both Cameroon and Congo have repeatedly failed to implement CITES directives for export quotes for this brilliant feathery creature. The Democratic Republic of the Congo exported 3,100 parrots from 2005 to 2010, and 3,700 birds were exported from Cameroon from 2000 to 2005.  Exportation of these extraordinary animals continues at alarming rates across the world.

This is your chance to change the fate of the wild African Grey Parrot! By gathering enough public support, through each of you, we can tell CITES that the trade in African Greys should be banned entirely. With a ban on the trade of African Greys, there will be greater protection awarded to this species. This means upgrading the African Grey parrots CITES status to Appendix I.  Appendix I includes animals such as rhinos, Bengal tigers, elephants, and others which get higher levels of protection (as they should).

These birds are not only nearly incomprehensibly intelligent (they can understand and use over almost one thousand words), but are also vital to many ecosystems. We can end this trade, once and for all. Join #JanesTrafficStop to stop wildlife trafficking in its tracks.

The World Parrot Trust will be at CITES to support this ban and has done continued work to protect this species and other parrots. See their petition here.