You are at:Home»Conservation»Big Cats Beyond Cecil: Protecting African Leopards

Leopard print is considered a staple of any wardrobe; tied to early demonstrations of wealth and status, the look of leopard has been sought after and coveted throughout history. The pattern is iconic and adored – but what about the original animal model and owner of the look? While many have been gearing up with leopard luxuries, others have been mounting leopard heads on their walls for the prestige and power of hunting the “exotic.” Wildlife experts Jane Goodall and Dereck Joubert, along with The Humane Society of the United States and Humane Society International, are showing off their love for leopard in a different way – as animals worth fighting for.

The collective of organizations and individuals including the Center for Biological Diversity, International Fund for Animal Welfare and The Fund for Animals, have filed a legal petition yesterday with U.S. Fish and Wildlife Services to extend full protections of the Endangered Species Act to this extraordinary animal, the African Leopard (Panthera pardus pardus). As the use of their look and their lives for fashion and sport continues, the numbers of leopards in sub-Saharan Africa have declined by more than 30 percent in the last 25 years. In addition,“Leopards have lost between 21 and 99 percent of their historic range in many areas across Africa.” The reasons for this excruciating loss are varied and many – including habitat fragmentation, loss of prey species, retaliatory killings, poaching for fur, and big game hunting. 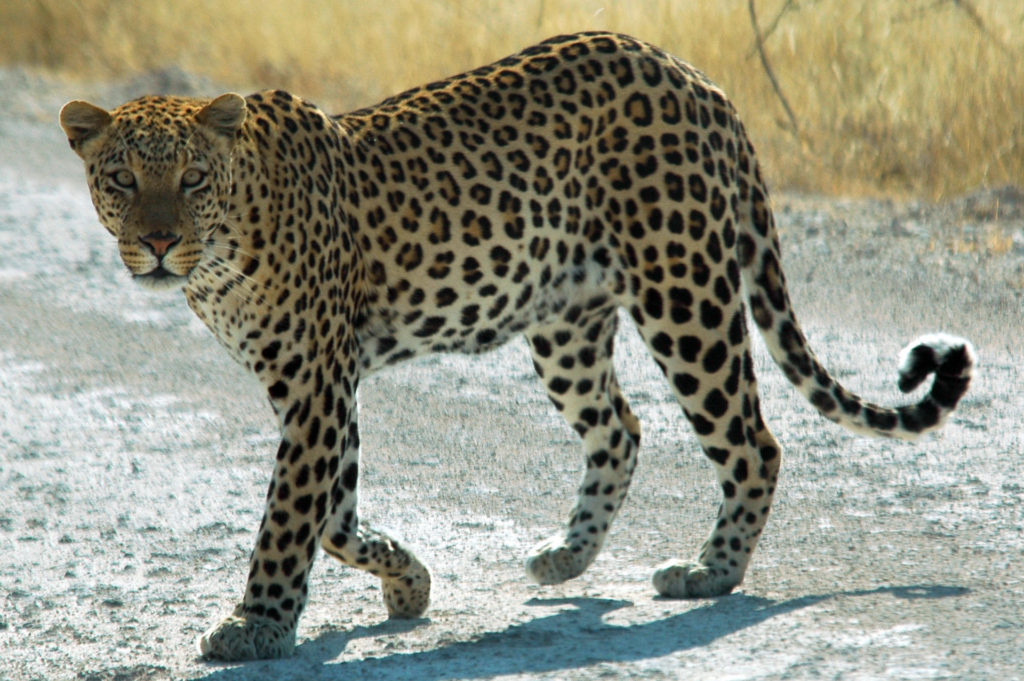 Jane Goodall, a proponent of this petition and long time observer/protector/friend of African wildlife, demonstrated that leopards play an “essential role” in the ecosystem.

“Trophy hunters target large males in their prime – those who carry the genes likely to result in the perpetuation of strength and magnificence, splendid individuals whose decapitated heads disfigure the walls of countless wealthy homes,” Dr. Goodall wrote in her testimony this Monday.

Trophy hunting, is unfortunately, an overwhelmingly well defined American hobby. Last year, a dentist from Minnesota who sought the “glory” of murdering big African game, killed Cecil the Lion on a hunting expedition. The 13 year-old-lion, who lived in Zimbabwe’s Hwange National Park, was a black-maned and beloved animal to those in Zimbabwe, and around the world.

Goodall continues in her testimony, “Trophy hunters routinely boast about the animals they have killed, posting photographs of their smiling faces hovering over the lifeless bodies of their conquests, even though the prey (which may be drugged or baited) is often shot with a high powered rifle from a safe distance.”

Cecil’s story revealed so much more than just another dead lion – a noble symbol of African wildlife slaughtered by a hunter, and the arrogance and evils of humanity in full activation. Cecil is just one example, one that touched and enraged millions, representing so many other less publicized wildlife tragedies. From 2005-2014, American trophy hunters imported body parts equivalent to 5,575 individual leopards, or what averages to “more than one leopard killed for a trophy per day, every day, for a decade.”

The United States is the largest importer of leopard trophies in the world, and over-privileged, desensitized Americans are killing animals in their overseas head-hunting gambits.  At a time when we are asking African nations to invest in conservation, and show restraint in killing diminishing wildlife and exhibiting tolerance, it sends a crude and contradictory message for Americans to kill these animals for the thrill of it. – Wayne Pacelle, president and CEO of The Humane Society of the United States

Although the FWS classifies leopards as endangered in northern Africa, the same animals are listed as only “threatened” in sub-Saharan areas south of Gabon and Kenya. The petition looks to remedy this by eliminating the 1982 loophole which waives permitting requirements for trophy hunters and leopard imports from 18 African countries below the Gabon boundary. It also asks for a status review to determine sub-Saharan leopards as endangered, as well as an end to imports of leopard trophies (awaiting updates to discredited documents authorizing trophies based on population estimates). Following Cecil and general international outcry over poaching (and what seems like multiplying photos of grinning people and their wildlife “prizes”) regulations increased under the Obama administration on lion and elephant hunting and exports: but work is left to be done for leopards. 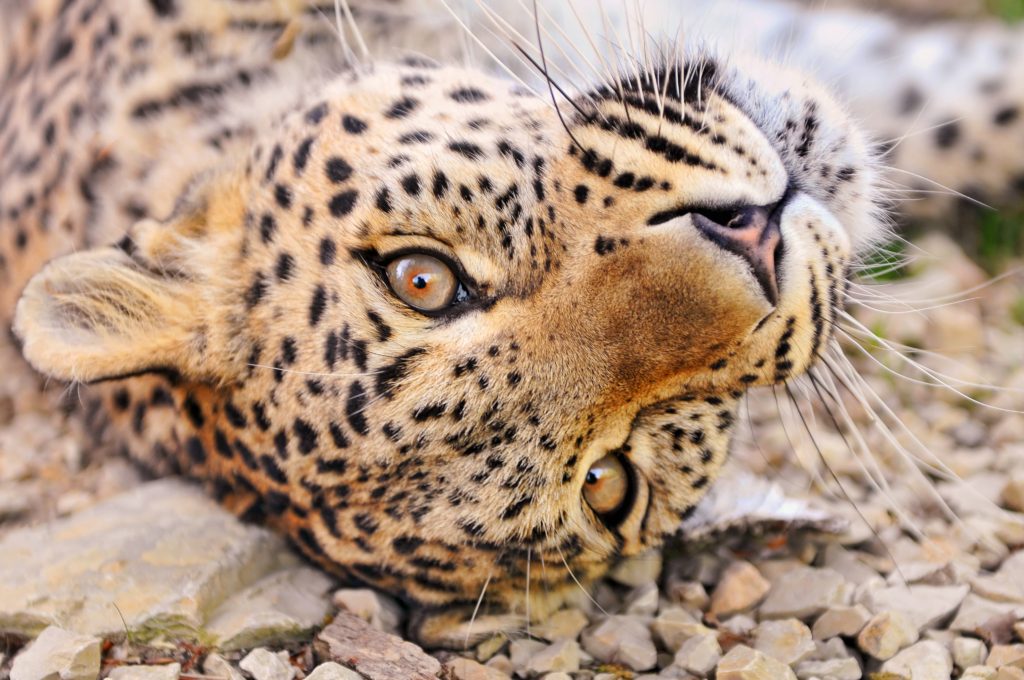 In a west African myth, the leopard leaves a trail of dried leaves for his friend the fire leading to his home, so that the fire may come to visit. When the leopard opens the door, the fire is raging before him and consuming a side of his shelter. To put out the flames, the leopard rolls in the fire and grass, giving him his spots “where fire’s fingers had touched.” It seems that leopards have always battled death, and they are survivors. Thanks to this petition, we can believe in a continued future for these beautiful animals and all of their spots.