You are at:Home»Primates»Tarzan Belongs On Screen; IRL Apes Do Not.

The internet is an endless portal into thousands of cute wildlife videos – but what do these videos show and tell us about the animals they depict, and the reality of their lives? How does the way media represent these animals, particularly chimpanzees and other apes, impact their well being and efforts to save them in the wild? 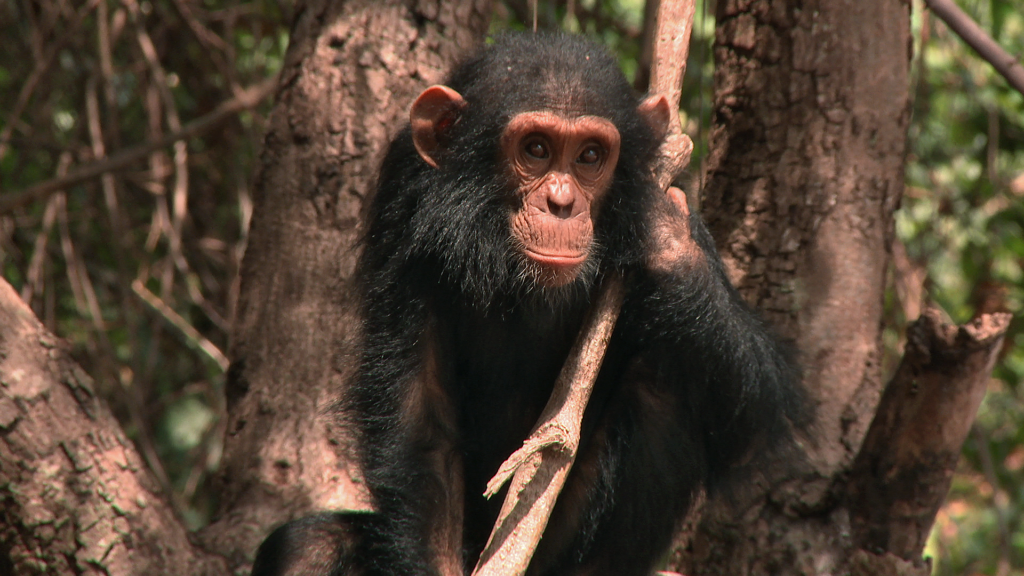 A recent video has hit the internet showing two captive chimpanzees, Vali and Sugriva, taken on an outing to see the newly released Tarzan movie. The chimps were led into the theater by hand and on leashes, given popcorn and apple juice, and sat down to watch the film. The incident garnered coverage from local news stations, joking “The chimps gave the movie ‘two opposable thumbs up.’” But would a chimpanzee really enjoy watching the new Tarzan movie? 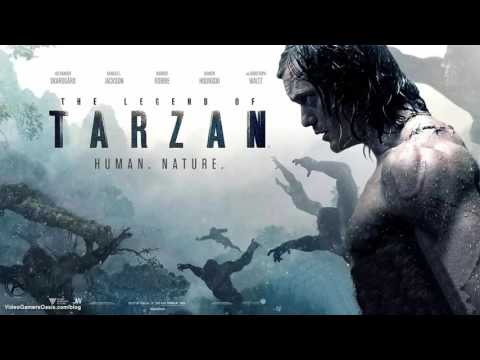 One may argue their closest cousins — both gorillas and humans — are stars in the film, and that the chimpanzees were well treated. However, there is irony in bringing captive chimps to a movie theater to watch a well known film describing the precious relationship between humans and apes in their natural habitat. The irony continues as the film used CGI (computer generated) primates to prevent the inhumane use of chimpanzees and gorillas for entertainment. The lights come up in the theater, and the story is no longer as cute.

Whether or not they enjoyed the film’s plot, the chimpanzees most certainly do not enjoy being kept as pets and dragged around town to attract attention. The chimps belong to a company called Myrtle Beach Safari, which markets itself as offering one-of-a-kind animal encounters with rare and endangered exotic species. They keep over 100 captive animals on their property in South Carolina — from tiger cubs to chimpanzees — for the purposes of allowing visitors to get a “safari experience.” (For a fee, of course). Taking the chimpanzees to the movie was a publicity stunt, one that they have pulled before with other primate themed films like Dawn of the Planet of the Apes.

Chimpanzees, just like lions, tigers and bears, are wild animals and should not be forced to live in captivity. Unfortunately, chimps seem to have an image problem. People just don’t see them that way. They look at these wild, social, intelligent creatures and see a cute pet. 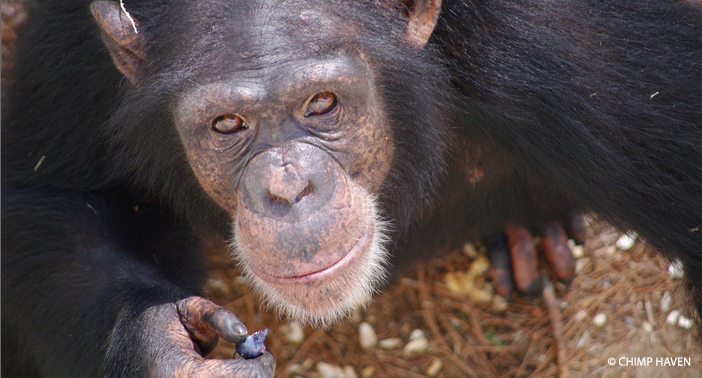 Chimpanzee looks to the open sky at Chimp Haven

The entertainment industry is largely responsible for perpetrating this false image of chimpanzees. Chimps have been used for entertainment in films, TV and commercials for years. The chimps we see on screen are meant to be funny, often screeching with “laughter” or wearing funny hats. This gives the public the idea that chimps are docile, not endangered and, most erroneously, make good pets.

In reality, chimpanzees are suffering, both in captivity and in the wild.

Media coverage of Myrtle Beach Safari’s Tarzan stunt reflects this bias. Short news stories about the video portray it as funny or adorable, and don’t bother to delve into the larger problems facing chimpanzees.

In reality, chimpanzees are suffering, both in captivity and in the wild. Despite sharing the majority of our DNA, they are wild animals not evolved to live with humans as pets. Typical domesticated animals like dogs and cats are biologically different from wild animals. Through thousands of years of living alongside humans, domesticated animals have been bred to live in human settlements with us. Chimpanzees have not. Even when around humans from infancy, chimps retain their natural strength and instinctual responses as they grow older. What may be an adorable pet when it’s young, grows into a dangerous wild animal. This is why it’s not uncommon to see stories of chimp owners suddenly attacked by what they thought was a goofy, happy chimp. 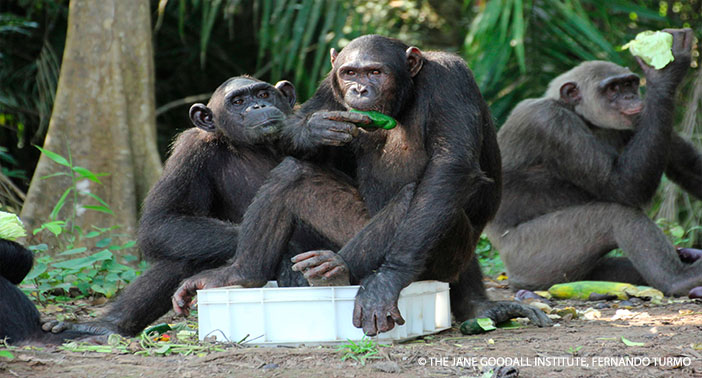 What those funny films also don’t show is the fact that the whole species is under threat of extinction. The fate of wild chimps is in a precarious situation right now, as they are victims of habitat loss and illegal wildlife trafficking. Adult chimpanzees are hunted for the bushmeat trade and, when a hunter kills a mother, the babies are taken from their backs to be sold as pets.

What you can do:

As long as the entertainment industry continues to use live chimpanzees in their productions, and the media continues to portray ownership of chimps without consequences, chimpanzees will remain threatened. In order to combat this, Dr Goodall and JGI have created a petition to end the use of chimpanzees in entertainment. With enough signatures, we are hopeful that we will be able to make an impact on the media industry, and convince them that chimps should not be forced to perform for our amusement. They are wild animals that deserve to be free. Plus, chimps are far more #cute in the wild! 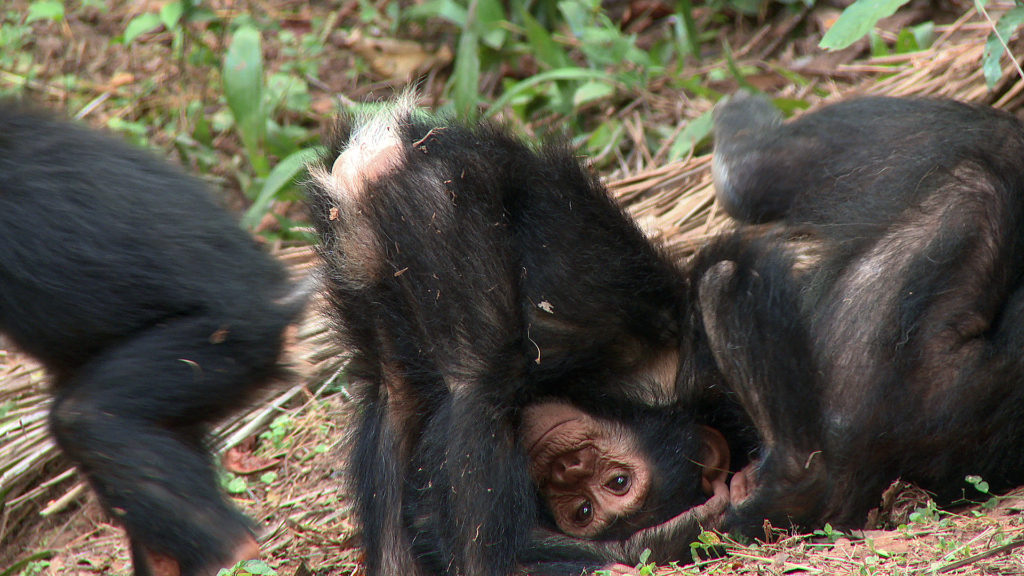 Each of us holds enormous power for change. Help keep chimpanzees and great apes out of the entertainment industry, and demand better representations and treatment of these incredible animals. Add your voice here.