You are at:Home»Primates»Chimps in Gombe Teach Us So Much…What About Monkeys?

Gombe, Tanzania, is often recognized for the chimpanzee research and discoveries initiated by Dr. Jane Goodall in the early 60s that changed the way we understand our closest living relatives. This incredible legacy of knowledge and science is continued by the Jane Goodall Institute, and is home of the longest running wild chimpanzee study in the world. It is also a UNESCO Biosphere reserve with thousands of other vital species beyond great apes, and a robust array of findings and ongoing research. In fact, in 1994 Dr. Kate Detwiler of Florida Atlantic University documented two different species of monkeys mating and producing hybrid offspring in Gombe National Park! Kate, a longtime Gombe researcher, is a trailblazer just like Jane, and is not only growing what we know about the ecosystem and its inhabitants, but is also a strong voice for women in science.

So what did Kate discover? By using mitochondrial DNA found in the monkeys’ feces, Kate discovered that the entire existing monkey community in Gombe traced back to female red-tailed monkeys. According to Detwiler, red-tailed monkeys already existed in Gombe National Park when male blue monkeys entered the region in search of a new home. The female red-tails, in a very rare occurrence, mated with the male blue monkeys, even though they are a different species. This is BIG news, and though Gombe is an isolated forest habitat with this hybridization only occurring there, it helps us to better understand how hybridization happens in primates overall and how genetic material transfers between species in the real world! 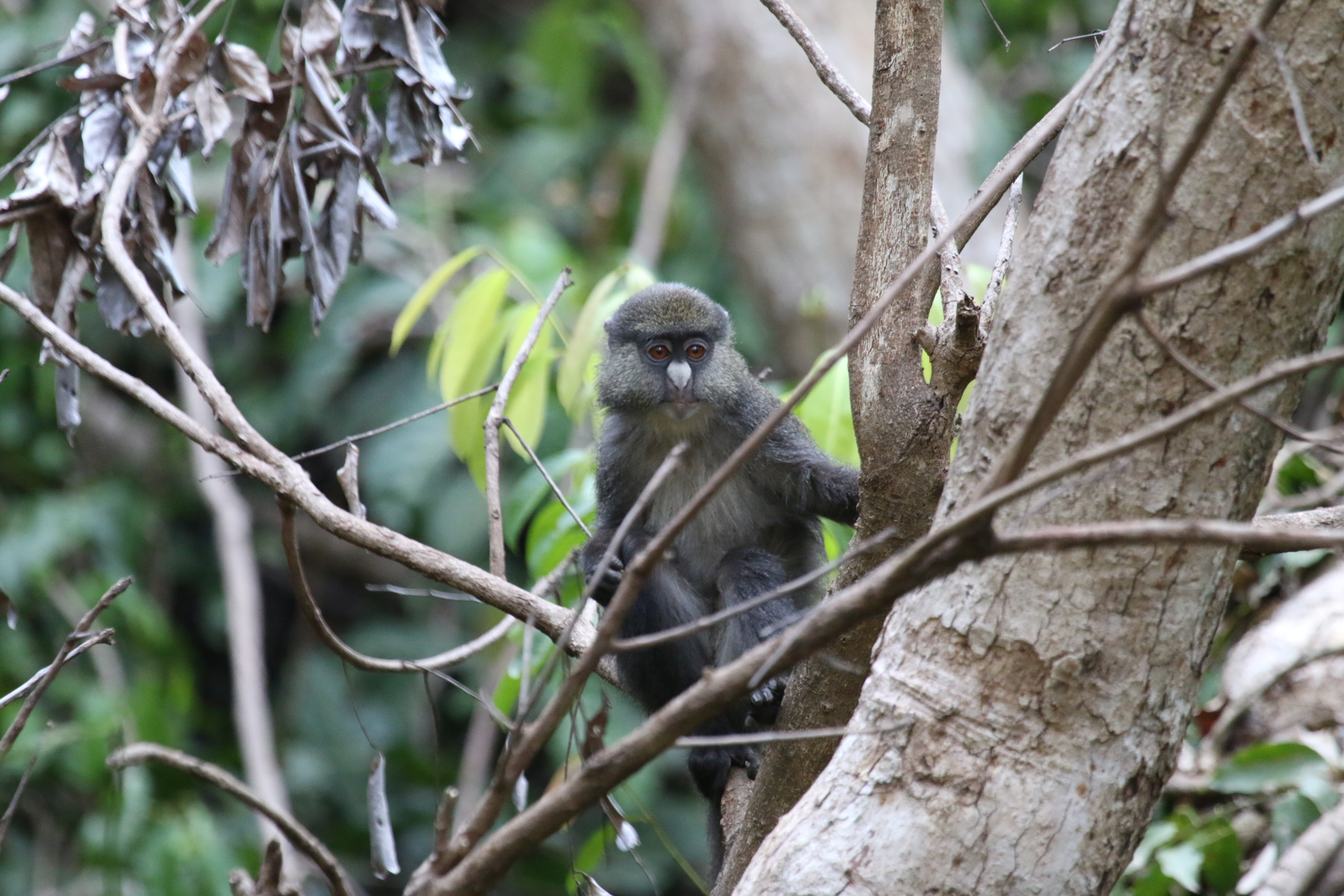 How did you get involved in this research/primatology? What inspired you?

I spent a lot of time as a kid catching, counting and observing animals. I didn’t think of being a scientist, as I didn’t know any. I had a big “aha” moment in college when I discovered the science of animal behavior. I was fascinated by the case studies in my textbook, which included Dr. Jane Goodall’s research on chimpanzees. I was fortunate to participate in a semester abroad program in wildlife ecology and conservation in Tanzania. Through this program I got involved in studying Gombe’s hybrid monkeys. In a field guide, I read about the hybrids and found this to be very strange. Different species were not supposed to mate, and if they did, their offspring were likely sterile. I developed my first research question and set out to Gombe to see if hybrid females had babies. In the spring of 1994, I found the hybrid babies, and my career as a primatologist began. 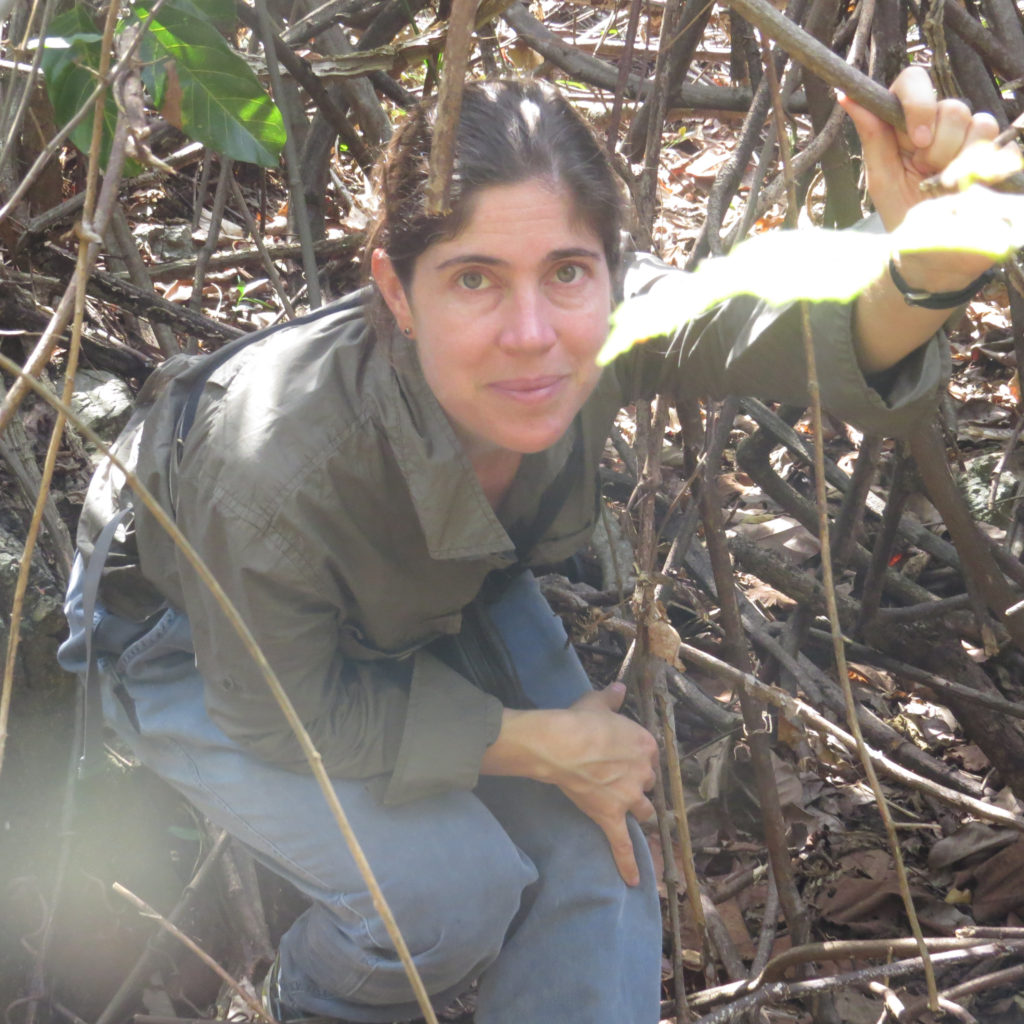 Because the hybridization is localized in Gombe, what types of questions could you answer about evolutionary biology with this research?

At the core of evolutionary biology is understanding how species evolve. Gombe provides an exceptionally rare opportunity to study the speciation process because it is an area where the boundaries between two species have collapsed and successful mating occurs. The hybrid offspring have the potential to move genetic material between the parental species. Investigating which genes move and which do not, allows us to study evolution in action. Do the two species fuse and become one? Does a new hybrid species emerge in the presence of the parental species? Are the hybrids less successful than the parental species, reinforcing species boundaries and reducing hybridization over time? These are the questions I want to answer!

As a woman in this field, have you faced challenges? How do you use your role as a voice and support to other women and girls entering scientific fields?

My biggest challenge has been the classic work/life balance issue. When I completed my PhD and started my first job as a primatologist, I had two young daughters. I was completely caught off guard with how difficult it was to combine motherhood and competitive science. It is only recently through my university’s program to assist women in science that I gained new skills and the confidence to do both. I now advocate for programs that work to change our biases about what a productive scientist looks like. I try to use my experiences and passion for science to create an inclusive environment for those around me to thrive in scientific careers and reach their potential.

Why it Matters
The discoveries of our founder, Dr. Jane Goodall changed the world. Most importantly, as a young woman, Jane showed everyone what is possible when you follow your dreams and use your intuition to uncover amazing things. At JGI we believe in the power of research, curiosity, equity, and compassionate leadership for all people, and particularly in support of the bold women using knowledge to build a brighter tomorrow. We’re inspired by the brilliance of women from all over the globe shaping our understanding of the natural world, creating new medicines, and advancing technology for the benefit of all. By sharing their stories, we hope to safe-guard science, create inclusive learning and professional environments, and encourage policy makers to support initiatives that grow research + support the next generation of women in STEM!

To learn more about Gombe and Jane’s legacy of science visit here. Want to support research in Gombe? Visit here. BONUS: Show off your support by getting your own JGI exclusive ‘Girls Just Wanna Do Science’ gear here.