You are at:Home»Youth Power»Compassionate Leaders You Should Get to Know: Piper Christian

“In order to truly engage someone you must appeal to both reason and emotion.”

Some teenagers tell stories about their skateboarding wipe out, or their parents’ unfair new homework rule, while seventeen-year-old Piper prefers to tell stories that inspire change. A few years ago, Piper began to see first-hand the effects of pollution when her town of Logan, Utah made a list for the top 10 worst cities for short term air pollution. In the winter, the agriculture and automobile pollution fills the air in such a thick haze you can barely see the beautiful surrounding mountains. But even making that list, and having access to tons of harrowing stats from the studies being done at Utah State, it didn’t seem like enough to incite change. Piper felt that people needed real stories to connect to.

Since then, she has been on a journey to give data a face, to tell real stories about real problems happening all around us. Piper is a first-year member of the Roots & Shoots U.S. National Youth Leadership Council, and is leading the way in environmental change. With support from the Jane Goodall Institute, members of the NYLC receive leadership training and guidance from Roots & Shoots staff which they then share with hundreds of thousands of Roots & Shoots members around the world as the youth representatives of the Jane Goodall Institute. We caught up with Piper to uncover the details about her path to environmental activism and learn more about what drives her passion. 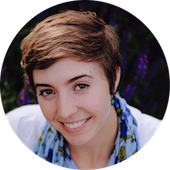 Favorite “lazy day” activity: Any chance I get to do outdoor recreation like hiking, road biking, kayaking, I go for it.

Q: What is your favorite Roots & Shoots project that you’ve done and why?
Piper: Although all of my Roots & Shoots projects have greatly impacted me, I think my favorite one by far has to be the Climate Change Resolution. Since the inception of our school club, Logan Environmental Action Force (LEAF), we knew we wanted to work with the state legislature. At the time it seemed like a total long shot but this year we went for it.

Here is a timeline of the steps that Piper and her group took to conquer climate change issues in Utah state legislature: 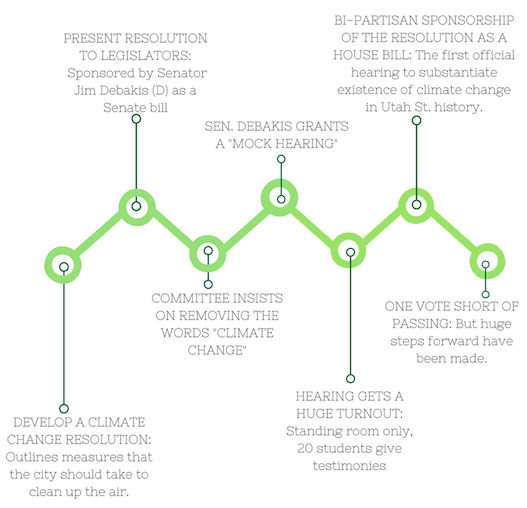 We have worked so hard to bring this to the state legislature and now it isn’t even going to get a hearing?!”

Q: What has been one of your failures that has taught you something valuable?
Piper: Well when Senator Dayton refused to give us a hearing unless we removed the words “climate change” from the title, we saw that as a huge failure. We thought, “we have worked so hard to bring this to the state legislature and now it isn’t even going to get a hearing?!” But it actually turned out to be a great publicity opportunity. Up to this point, LEAF and the Climate Change Resolution hadn’t been very well known. But once news of this refusal hit the media, people were moved to get involved. We all of a sudden had a wave of grassroots and public support. Sometimes a bit of outrage can be helpful.

Q: What inspired you to be an activist? How did you get started in this work?
Piper: I would say the COP 21 Climate Summit in Paris that I attended when I was 16 was really the tipping point. I met a lot of extraordinary youth at the Climate Summit, and their stories were what got me into activism. One girl that I met, Melati Wijsen, was actually the reason I got into Roots & Shoots. She told me about how she convinced the governor of Bali to ban all plastic bags as a 13-year-old because she had the help of her Roots & Shoots network. I met a young man from Sudan who told me how climate change intensifies droughts where he lives, threatening food security. A student from Indonesia told me how she witnessed record breaking forest fires where she lives due to illegal slash and burn practices. Seeing the dedication these young people had to combatting environmental threats in their countries made me want to do more in my own community. 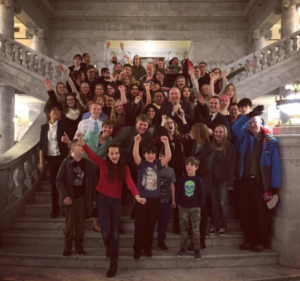 Q: What advice do you have for other young people who want to get involved in their communities or make a difference for the world?
Piper: Age is actually one of your best tools; being young is valuable. Getting involved in activism or anything now is something that is really powerful as a young person, when they know that it is our generation that is at stake.

Q: This month we are celebrating Earth Day, are you working on something in particular to celebrate?
Piper: The main thing that we have planned is the Utah People’s Climate March at the capitol. A few of the LEAF students who have been involved in the legislation process, including myself, will be speaking at the rally. The march is intended to end at Governor Gary Herbert’s mansion where we will present to him the student resolution in person and there will be a big art installation about climate change and environmental protection.

Additionally, around Earth Day, we have some events going on at Logan High School. One of the things that has most surprised me throughout this process is how receptive our peers at the high school have been about our environmental efforts. When we put out invite for kids to join us at the state capitol for the resolution, we had convinced ourselves that the reaction wouldn’t be encouraging and that we wouldn’t be able to fill a school bus. But once we stepped on the bus, the problem more so how do we fit all of these people?! So LEAF is looking forward to celebrating this day with the people who have always been so encouraging in giving us the chance to step up and make a difference.

“As a 16-year-old, sometimes I feel cynical about the future of our planet. But when that happens, I remind myself of the amazing stories I have heard. From change- makers in Bali to extraordinary people in my community, and you know what, it fills me with hope.”

Anyone can find their way to the Roots & Shoots website to start a page for a project and have access to a network of young people just like themselves and like Piper, with great insight on service work. Educators and Roots & Shoots groups, you can invite Piper, or another member of the NYLC to visit or Skype with your classroom/group to talk about their Roots & Shoots work and share tips for your next service campaign! Click here to learn more. 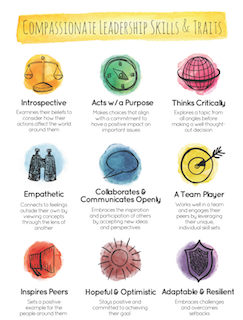 Piper is a team player, inspires her peers, and is adaptable and resilient. In fact, she possess all of the skills and traits of a compassionate leader. Fostering these traits in young people is our way of working toward a better future — one where leaders from the playground to the boardroom make decisions that are good for people, other animals, and the environment. Read more about compassionate leadership skills and traits here.

Educators, we’ve designed a free, online course to support you as you grow compassionate leaders through service learning. Join the course.