You are at:Home»Conservation»Air China Bans Shipment of Shark Fins

FACT: Fifteen species of sharks are endangered and 11 are critically endangered.

FACT: As many as 73 million sharks are killed for the shark fin trade every year.

Ever since the release of Jaws, there’s a general attitude that sharks are violent, dangerous creatures keen to attack anything that comes their way. Thankfully, the perception of sharks has been changing in recent years. This is mainly due to increasing awareness about the true nature of sharks and the important role they play in marine ecosystems.

Even with shifting perceptions, shark populations are still declining and their fate depends on how humans act in the coming years. Shark fin soup has been consumed as a delicacy item in China for hundreds of years, but this seemingly elegant dish has a darker side.

That dark side involves the practice of shark finning. This is when shark fins are harvested by fishermen. They catch sharks, cut off their fins, and then throw the struggling sharks back in the water. Sharks need to swim to maintain a constant flow of oxygen-rich water across their gills. Without their fins, they can’t swim. So, they either suffocate or sink to the bottom to be eaten by other fish. This practice is killing sharks and contributing to their population decline. 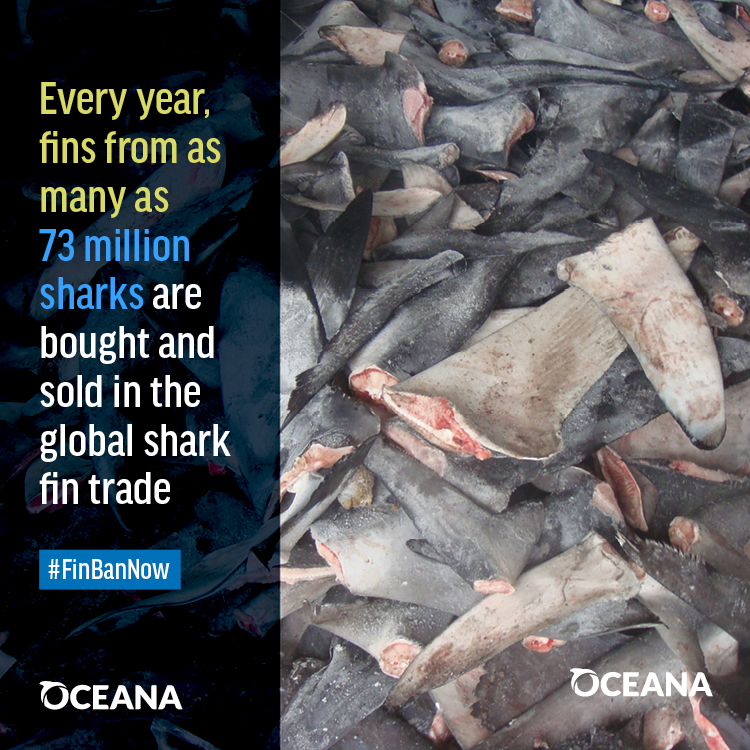 Public awareness has increased pressure on stakeholders to take action. Mail companies like UPS and DHL have already banned the shipment of shark fins, and now Air China has followed suit. This recent ban is important because China has been a major problem for shark conservation, but now they are setting a positive example by being part of the solution.

Unfortunately, recent discoveries by Sea Shepherd have shown that shipments of shark fins are being labeled with general terms to circumvent the shark fin transportation ban. In other words, people are still finding ways to illegally transport these fins. The shark fin trade is a multi-billion dollar industry; fins go for as much as $300 per pound. In addition, many individuals rely on the profits of selling shark fins, and they will do anything to keep this lucrative industry alive.

Until demand for shark fins declines, it will be near impossible to enforce the shipment bans.

Why Shark Conservation is Important

“Sharks are beautiful animals, and if you’re lucky enough to see lots of them, that means that you’re in a healthy ocean. You should be afraid if you are in the ocean and don’t see sharks.” – Sylvia Earle

What You Can Do to Help

Most of all, share this information! Just starting a conversation with someone can raise awareness of the challenges sharks face and inspire others to help.

Caroline has found inspiration and peace in the outdoors for as long as she can remember. Growing up in places like Boston MA, St. Petersburg FL, Toronto, and Singapore, she developed a desire to protect all of the beautiful places on Earth. She is now working on projects as a student at the University of San Diego studying environmental studies. Along with fighting for the environment, you can find Caroline taking photos of the stars in Joshua Tree National Park, meditating in her dorm room, playing in the waves at the beach, and cooking up some healthy food (or her famous vanilla berry cake). Caroline is thrilled for her third year as a part of the NYLC which is made up of some the most inspirational people she has ever met.