You are at:Home»Conservation»Celebrate World Wildlife Day: An Action Plan

Join us in celebration of March 3rd, World Wildlife Day! The UN urges us to “Listen to the Young Voices,” because they are the ones who face a world with the possibility of a vast reduction in wildlife due to the actions of their ancestors. They’ve grown up singing about the wolf crying to the blue corn moon and the grinning bobcat, but may soon face a planet where those lyrics will be the only way to remember them. But the young voices are also what give us hope. Hope that amongst the perils of wildlife conservation, there are individuals around every river bend ready to stand up to protect their planet, and who can change the outcome day by day.

Given that almost one quarter of the world’s population is aged between 10 and 24, vigorous efforts need to be made to encourage young people, as the future leaders and decision makers of the world, to act at both local and global levels to protect endangered wildlife.

Here’s the situation: gains and losses in conservation news within the last year or so…

Here’s What Youth Are Doing:
Whether it is a small one-day event, or an ongoing community-wide campaign, Roots & Shoots members are making a difference for wildlife.

Here’s What YOU Can Do:

Here’s What You Can READ: 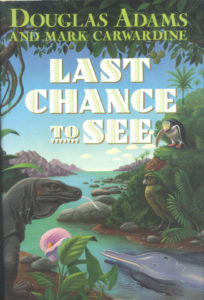 Here’s What You Can WATCH:

Designating one day a year as World Wildlife Day is a great way to remind people of the wonderful creatures of our world and the obstacles they face. But it should certainly not be the only day we have this on the brain! Today should merely be a stepping stone, a launching point for becoming compassionate human beings that live each day with the rest of the planet in mind.