You are at:Home»Conservation»Don’t Worry, Be Happy: What If the Well-Being of Nation Was About More Than GDP?

A hot topic of the last several decades has been on economic development – the concept of specifically designating what is required to improve the well-being of a nation, especially in emerging economies. What has rarely been measured, or prioritized, is what the goal of an emerging nation, or any nation for that matter, should be for its people, environment and wildlife. What if we directed efforts toward the goal of national happiness? What would that take? How would it be measured?

Through a combination of outlining and examining economic, social, education and health statuses, the International Fund for Animal Welfare, a long time partner of the Jane Goodall Institute, is demonstrating that actual positive outcomes for life on earth in various countries is dependent on indicators previously underappreciated or which have received little to no visibility. IFAW’s report “Measuring What Matters: True Well-Being for Animals and People,” (released at the Convention of Biological Diversity in Cancun, Mexico in December) uses Bhutan’s “Gross National Happiness” as a framework, looking at nine dimensions: psychological well-being, time use, community vitality, cultural diversity, ecological resilience, living standard, health, education and good governance.

“Measuring success solely through the lens of GDP (Gross Domestic Product) ultimately does not support animals or people. People benefit when we conserve and protect wildlife and treat companion and agricultural animals humanely. Understanding this, we can now bring animal welfare and conservation into social, environmental and economic policies.”

– Beth Allgood, IFAW US Country Director and one of the report’s co-authors.

Girls at the Sokoine School near Kigoma, Tanzania

Gross domestic product (GDP)is the total sum of monetary value of goods and services produced from a particular place over a period of time. In classical models, researchers and policy makers have used GDP to determine the living standards of a place. This is a reductionist method, and does not include things like whether that economic growth is sustainable, disparities in wealth and income, quality improvements (like technology), and most importantly things like health, education, employment, and environment.

By using the “Gross National Happiness” measures, one is much better able to see the result of the combination of factors which produce well-being for a society, beyond only monetary growth. The measures reveal, for example, how in surveys of happiness one can determine a relationship between an individual declaring themselves “happy,” and how that relates to their level of sufficiency in the areas outlined, like, for instance, good governance.

The IFAW paper includes success stories which concentrate on the measures of “Gross National Happiness,” along with long term economic growth and involvement from within communities, as opposed to typical GDP models. JGI’s own community-centered conservation initiative surrounding Gombe National Park in Tanzania is among these success stories, along with others including rhino re-population and whale shark protection in India, and elephant fences and fish farms in Malawi, and India. 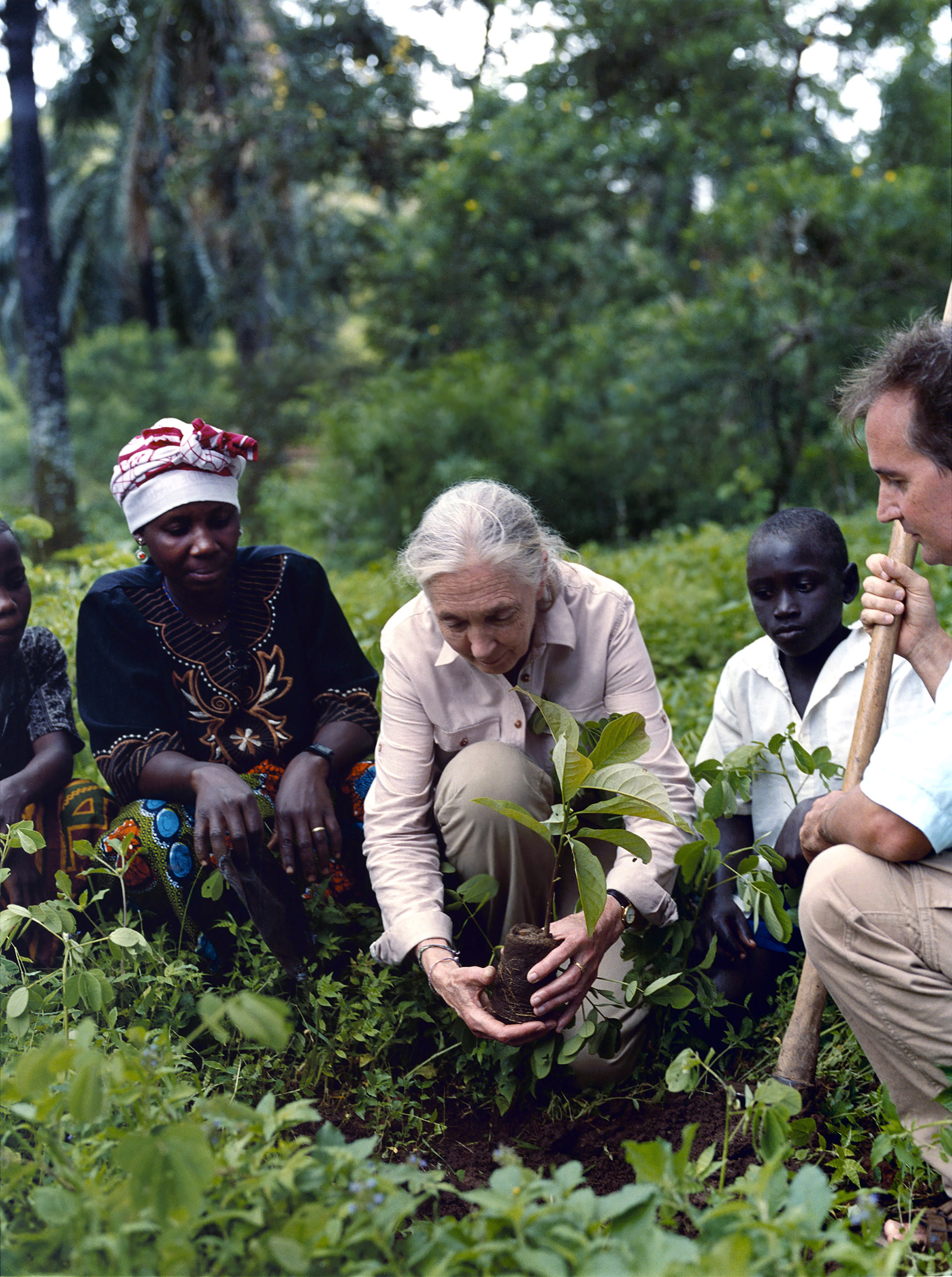 “Growth is important, but only if we focus on measuring and growing what really matters – the well-being of people, animals and the planet. We must respect and protect the ecological integrity of nature and be guided by ecological and biological sustainability, the ethical treatment of animals and the precautionary principle.”

The Tanzania projects highlighted in this case study reveal the work JGI has been doing since the very beginning – partnering with local communities to develop ways of bettering human well-being while protecting their environment and precious species, like chimpanzees (Find out more about our programs here). In Tanzania, around critical chimpanzee habitat (which is home to a number of other species, many of which are endangered), JGI has worked with communities to improve forests by diminishing habitat loss, supporting education (especially environmental education), training health providers and distributing sexual health and family planning information/resources, providing options/training for eco-friendly livelihoods, and providing girl’s scholarships, which all contribute to psychological well-being, community vitality, ecological resilience, standard of living and education (clearly), along with the other standards of “Gross National Happiness” in various ways.

Through this example, and others presented in the report (along with likely many, many other success stories), we can begin to reshape our plans for what makes a solid community (and nation) and how the people of that community feeling satisfied/happy should be the ultimate goal. In turn, this model puts the environment in a central position (rather than an external one) to what makes a successful community, meaning that what ultimately we find to be good for a nation’s people, means doing good for the environment and other living creatures.