You are at:Home»Conservation»Chimpanzee News Round Up

Last year, the United States Fish and Wildlife Service ruled that all chimpanzees, wild and captive, will be classified as endangered.

This was a departure from their previous ruling, which only listed wild chimpanzees as endangered. Captive chimpanzees in the US enjoyed no such protection, and could legally be subjected to lonely, painful lives as invasive research subjects and entertainers. The new ruling from the Service makes it much more difficult to keep chimpanzees in such horrific conditions, and was a decision lauded by Dr. Goodall. After the ruling, the National Institutes of Health (NIH) subsequently decided to retire all of their research chimpanzees.

Almost a year later, there are still hundreds if not thousands of chimpanzees languishing in research laboratories, roadside zoos, and even private homes. Lately, however, there have been several stories that give us hope that attitudes in the US toward using chimpanzees as research subjects or as entertainers are changing, and many who care about their welfare are using this new wave of passion and interest to make the lives of hundreds of captive chimpanzees better. 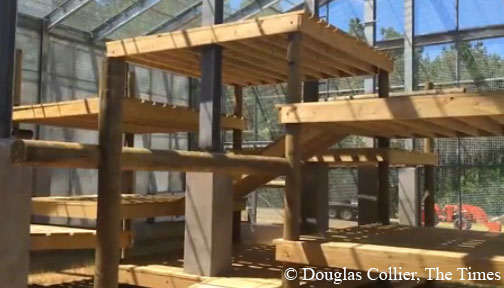 Chimp Haven, the National Chimpanzee Sanctuary where federally owned chimpanzees find sanctuary in their retirement, recently unveiled its new welcome center complete with bedrooms, outdoor enclosures and a veterinary suite. This expansion will hold chimpanzees who are newly arrived to the sanctuary. 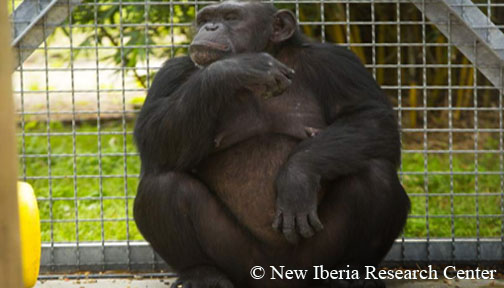 This long-awaited decision happily means that it is much more difficult to legally conduct invasive research on chimpanzees. As a result, more and more chimpanzee research subjects are being retired. This month, it was revealed that the 220 chimpanzees remaining at the University of Louisiana’s New Iberia research facility will be transferred to Project Chimps, a primate sanctuary in Georgia. Once they reach their new home, a move involving more chimpanzees than ever, each one will be able to live a more enjoyable life. Read more. 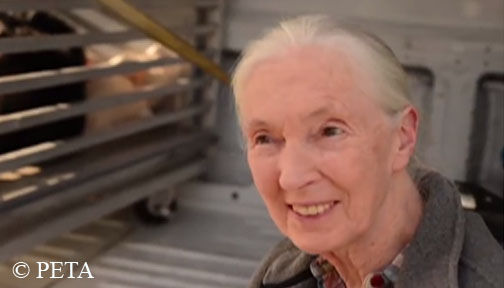 Chimpanzees used in the entertainment industry must often endure isolated, lonely lives. Sadly, this was the case for Joe, a former chimpanzee ‘actor’ who was owned by the Mobile Zoo in Alabama.

According to the People for the Ethical Treatment of Animals (PETA), Joe had spent 16 years in “solitary confinement”, confined to “…a barren enclosure no larger than a dog run…”. Being forced to live without chimpanzee companionship is incredibly damaging to a chimpanzee psychologically, as chimpanzees are supremely social beings. After PETA levelled a lawsuit against Mobile Zoo regarding Joe’s inhumane treatment, the zoo agreed to release Joe and send him to the Save the Chimps sanctuary in Florida, after which PETA dropped the suit.

En route to Save the Chimps, Joe met up with Dr. Goodall, who spent some time with the 29 year-old chimpanzee before he reached his new home. Joe is no longer living alone, and is thriving in his new surroundings.