You are at:Home»Primates»Happy Mother’s Day! Meet Gombe’s Most Famous Moms.

Mother’s Day is only a few days away, and the Jane Goodall Institute is celebrating mothers everywhere, human and chimpanzee alike!

As with human babies, chimpanzee babies are totally dependent on their mother for the first years of life. They rely on their moms for food and for transport, and aren’t weaned until they are about five years old. Even then, chimpanzee youngsters tend to stick by their mother’s side for several more years and in some cases their entire lives.

For Dr. Jane Goodall, observing chimpanzee mothers care for their young was fascinating . As with people, each chimpanzee mom Jane observed had her own style of parenting; some were very attentive and playful with their babies, while others were less affectionate and more hands-off. Often, the relationship that a mother built with her baby, as well as the mother’s social rank in the chimpanzee group, affected the baby well into adulthood.

Help protect chimpanzee mothers and families while at the same time showing your mother how much you care by donating to the Jane Goodall Institute in her honor this Mother’s Day. 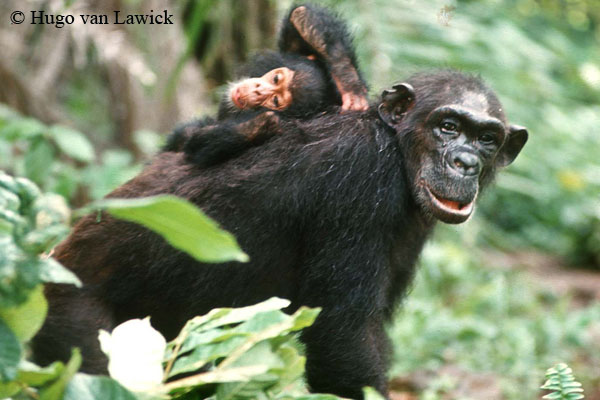 Flo was the dominant female in her group when Jane Goodall first began observing chimpanzees at Gombe, and is one of the most successful and celebrated mothers in Gombe history. A very affectionate mother, Flo raised several high-ranking chimpanzees who rose through chimp society. Flo was so loved that when she died in 1972, Britain’s Sunday Times published an obituary for her. 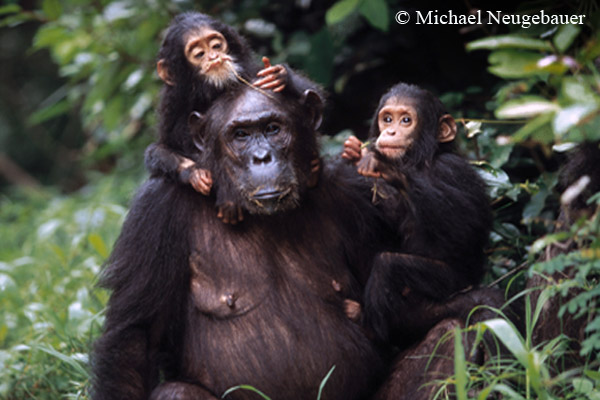 Gremlin is a very special Gombe mom…she is the only chimpanzee mother at Gombe recorded to have successfully raised twins. Gremlin’s caring nature was evident even before she had offspring of her own, as she often helped her mother care for her younger brother, Gimble. Gremlin’s female twins, Golden and Glitter, were born in 1998 and are still roaming the forests to this day. 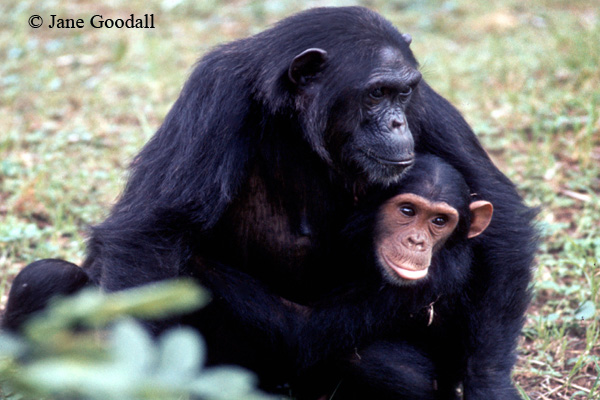 Fifi was the daughter of Flo, and apparently inherited her mother’s knack for parenting as well as social-climbing. Like Flo, Fifi also parented chimpanzees who ended up becoming alpha males, the famous brothers Freud and Frodo. Over the course of her life, Fifi gave birth to nine offspring, very impressive for a chimpanzee!