You are at:Home»Conservation»Celebrating Trees and Ensuring The Future of Forests

Forests provide billions of humans and animals with shelter and food. They clean the air we that we breathe and provide us with an amazing array of resources, from fuel to medicine.

Today on Arbor Day, the Jane Goodall Institute and people all over the world will reflect on the state of forests and trees in our planet, and find ways to help curb the rapid and destructive deforestation that is found all over the globe.

Deforestation in the Congo Basin is one of the biggest threats facing chimpanzees today, and could be leading to their extinction. Logging and mining operations are stripping forests of the resources that chimpanzees need to survive, and are bringing humans and chimpanzees closer and closer together, increasing the risk of disease.

To help curb the destruction of the forests that chimpanzees rely on, the Jane Goodall Institute has implemented several programs that benefit both local communities as well as forest-dwelling wildlife. 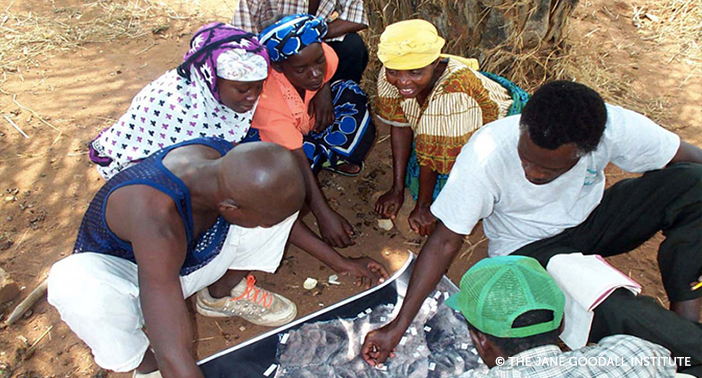 Almost twenty-five years ago, Dr. Goodall flew over the site of her pioneering research, Gombe National Park. What she saw was shocking. The forests that had surrounded the park were no more, gone were the trees that used to fill the landscape. It was then that Jane realized that “There’s no way we can even attempt to save these precious Gombe chimpanzees unless we could improve the lives of the people living around that last little oasis of forest.”

Ever since then, JGI I has been working with local communities, science and technology partners to curb this habitat destruction and create sustainable land-use plans. One example of the efficacy of these partnerships is the work being done in the village of Kigalye.

Together, their community leaders have created a sustainable land-use plan with JGI’s support, for Kigalye including the creation of forest reserves which has been met with great success. The plan guides management of logging, farming and fires, which will allow the surrounding woodlands to regenerate. 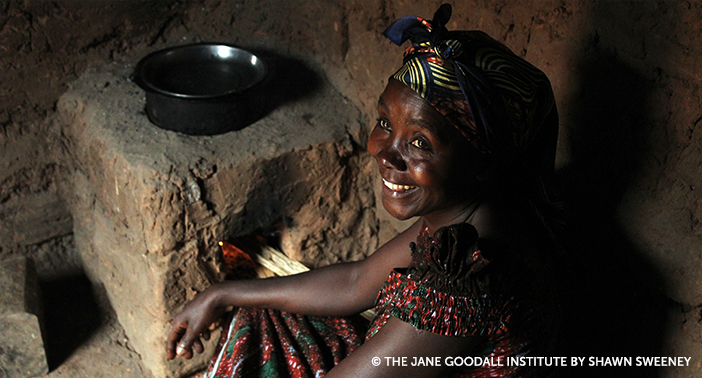 One cause of deforestation in the areas surrounding communities in Tanzania is the chopping down of trees to be used for fuel. Families in these communities need wood for the ovens they use to cook their food.

To address this issue, the Jane Goodall Institute has implemented a fuel-efficient stoves project in Western Tanzania. As part of this project, JGI works with communities and teaches people how to build and cook with new stoves that only use half of the wood used by traditional stoves. To date, JGI has supported the installation of more than 15,000 fuel efficient stoves.

By reducing the amount of wood needed to cook, JGI is not only helping ease pressure on the forest but also easing pressure on women in these communities. By lessening fuel costs and cutting cooking time drastically with these improved stoves, women are freed to pursue other economic activities. 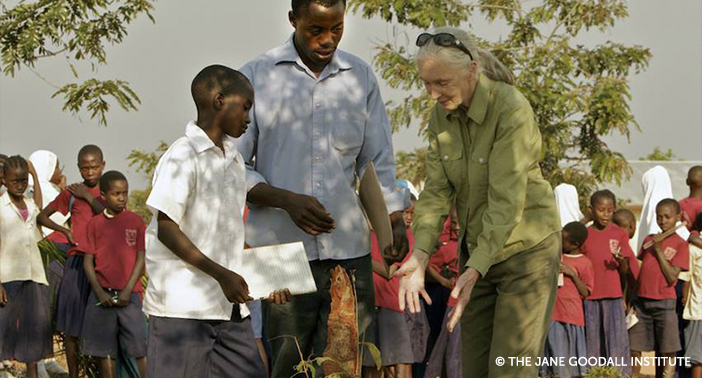 This year, Jane Goodall’s Roots & Shoots celebrates its 25 year anniversary. Roots & Shoots is a youth-led community action program that began in 1991 with Jane Goodall and a group of Tanzanian students who were concerned about the environment,

Today, Roots & Shoots is a global movement, empowering young people to care for animals, the environment, and each other. This year, in celebration of the 25th anniversary, Roots & Shoots has launched the Growing Together Campaign.

This campaign is designed to encourage children to get out and start planting native trees and other plants in their communities. You can join the fun by clicking here.