You are at:Home»Primates»The Famous Chimps of Gombe
Showing 6 of 11
Prev Next 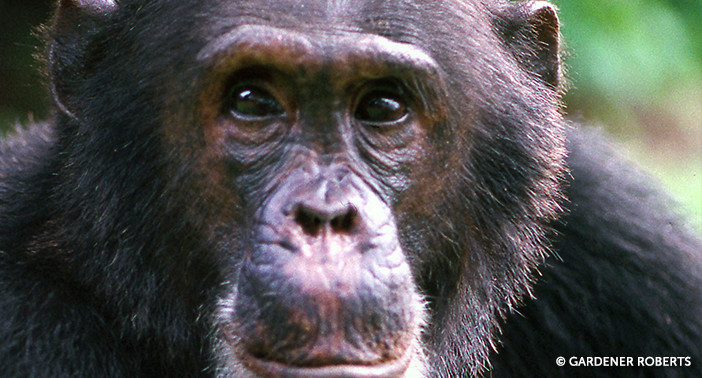 Freud, Fifi’s eldest son, became alpha male in the summer of 1993 after defeating Wilkie. He was 22 at the time. This title, however, did not last long — in 1997, after contracting mange, Freud was defeated by his brother Frodo. Freud rose to power with the help of not only his mother Fifi but also his uncle Figan. Despite his influential family, Freud was not the obvious candidate for this position due to his calm demeanor and average size. Freud remained relatively peaceful during his time as alpha male and was a kind and gentle role-model. Once deposed by his aggressive brother, Freud left the community for a couple months. His return was surprisingly peaceful, and not once did he try to reclaim power. Though Freud, old and tired, lived out the rest of his years with his family, he maintained somewhat of a distance from the rest of the community. In the years before Freud’s death, he was the oldest male at Gombe. He died in 2014 at the age of 43, one of the first wild chimps to have had his entire life recorded by researchers.