You are at:Home»Primates»The Famous Chimps of Gombe
Showing 5 of 11
Prev Next 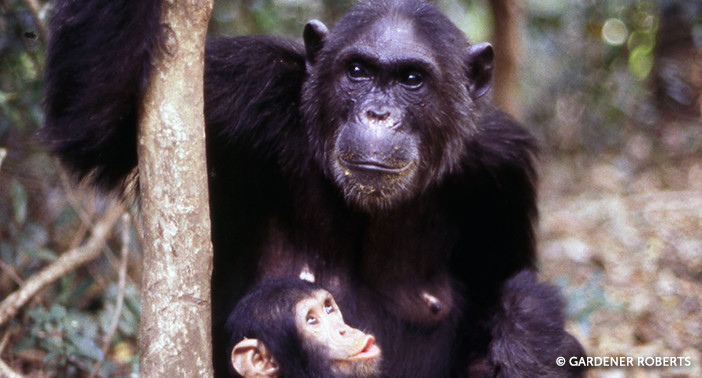 Fifi, Flo’s only daughter, eventually became a dominant matriarch herself. Over the years Fifi gave birth to nine offspring: Freud, Frodo, Fanni, Flossi, Faustino, Ferdinand, Freud, Flirt and Furaha. When Jane first arrived at Gombe, Fifi was only two years old and often rode around on her mother’s back. As a young chimpanzee, Fifi was curious and vivacious. As she got older, however, she did not have many friends and rarely sought out the company of others. In fact, Fifi’s only reliable friend was her mother Flo. When she was ten, Fifi was one of the only female chimps to excel at throwing, though her aim was poor. Fifi disappeared in 2004 and was soon presumed dead. She was the last surviving chimpanzee at Gombe from Dr. Goodall’s early days.