You are at:Home»Primates»The Famous Chimps of Gombe
Showing 4 of 11
Prev Next 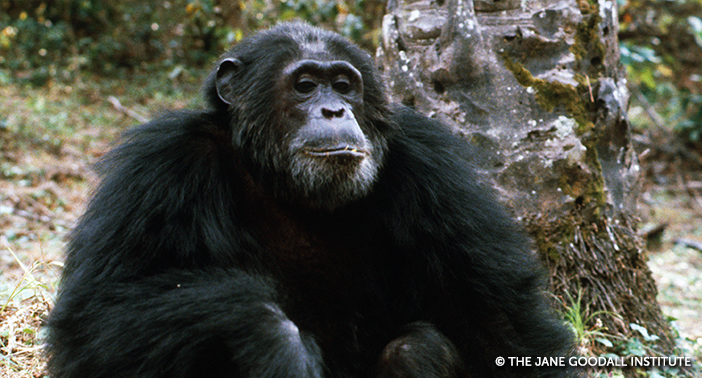 Figan, Flo’s son, became alpha male after he usurped his older brother Faben’s dominant position in the social hierarchy. Though the two initially became distant following this takeover, the brothers eventually became close again. Figan, still a juvenile when Dr. Goodall first observed him, eventually grew to be a strong and strategic leader. Early in Figan’s life he showed signs of weakness, rushing to others for reassurance when tensions rose and revealing an overall lack of self-confidence. His ability to manipulate and deliberately fool others, however, became a clear advantage during his rise to power. Dr. Goodall observed Figan on more than one occasion leading others away from a food source, only to return on his own and claim the food for himself. Though Figan’s control over other males occasionally faltered, he managed to repeatedly regain authority with the help of various allies and family members.