You are at:Home»Primates»The Famous Chimps of Gombe
Showing 3 of 11
Prev Next 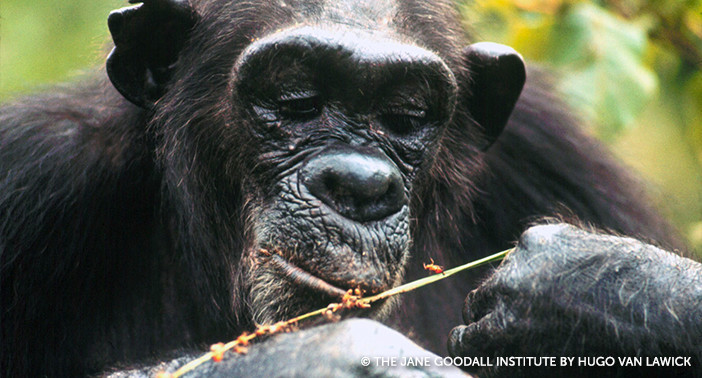 Flo was the dominant matriarch when Jane arrived in Gombe. First appearing in Jane’s camp in 1962, Flo was always accompanied by her daughter Fifi and son Figan. In addition to these two offspring, Flo also had an older son named Faben and eventually gave birth to two more: Flint and Flame. Flo was a strong and easygoing mother, always giving her children food when they seemed to want it and tenderly grooming them. Though physically she appeared somewhat frail, Jane writes that Flo was “tough as nails.” Easily recognizable by the notch in her right ear, Flo and her progeny gave Jane access and insight into the intricacies of chimpanzee family life. When Flo and her youngest son Flint died crossing a stream in 1972, Britain’s Sunday Times published an obituary for her. Jane says she cried when she heard the news.