You are at:Home»Primates»Changing of the Chimp Matriarchal Guard in Gombe

Gremlin, her three adult daughters, and their offspring, have dominated the female hierarchy of the Kasakela community in Gombe, Tanzania, in recent years. It is not uncommon to find two, three, or even all four of these females and their families foraging together peacefully through Kakombe Valley in the heart of the Kasakelan’s range. With such a numerical advantage over other families in the community, it is a risk to challenge any member of the powerful and ever growing ‘G’ family. But that wasn’t always the case.

From the time I began my work in Gombe National Park over 25 years ago, where Dr. Goodall first did her research and where research continues today,  I was immediately struck by the patience, strength, and confidence of the high ranking females. My first video assignment from Jane in 1992 was to follow Fifi, the grand matriarch of Gombe, as she weaned her three year old son Faustino. This led to a long follow during which I witnessed Fifi demonstrate both her incredible mothering skills and her ability to navigate successfully in a society much dominated by the bigger and stronger males of the community. And successful she was; during her long life, she had nine offspring, three of whom were alpha males. 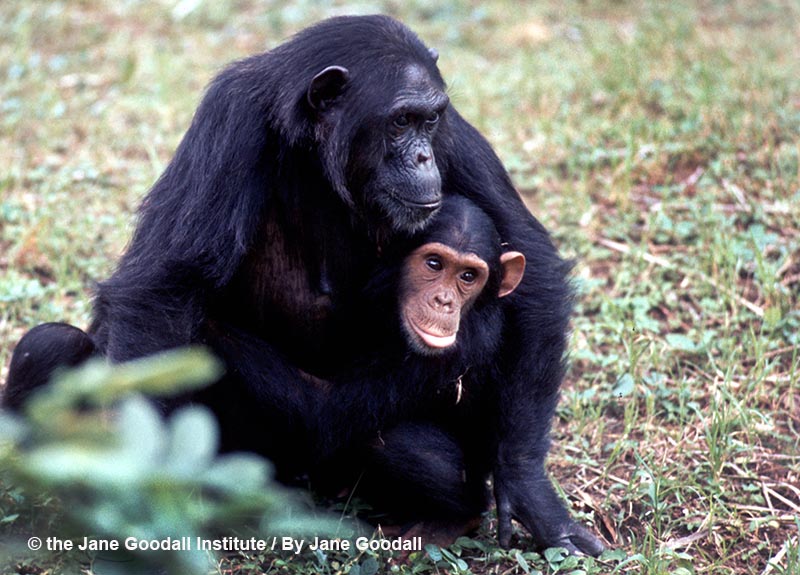 Fifi’s children grew up in what can almost be described as a royal family; when a young member of the F family was in conflict with a peer, Fifi would rush to the aid of her offspring. Other females and their children learned that there can be a price to pay for challenging an ‘F’. Equally, Fifi was not shy about defending her favored food sources and preferred ranging areas, but was not a bully who would displace others as many of the males are. The relationships between adult females is not always easy to interpret, but there is certainly clear competition between them. Under most circumstances, this competition and social hierarchy can be subtle, but occasionally it can turn deadly.

During the 1970’s, a powerful female named Passion targeted and occasionally killed the infants of other community females. At the time, Jane thought that these attacks were the aberrant behavior of an extremely aggressive individual, but in the 1990’s I witnessed similar behavior by Fifi, directed toward the infants of Gremlin who shared Fifi’s natal range. Gremlin was the daughter of Melissa, who Jane’s described as kind and gentle, yet high ranking. Gremlin has these qualities as well and it was difficult to watch Fifi and her adult daughter Fanni attack and attempt to grab Gremlin’s newborn infants. We wonder now, was Fifi seeing a potential threat from Gremlin and were those attacks driven by an attempt to eliminate future completion for her own progeny? 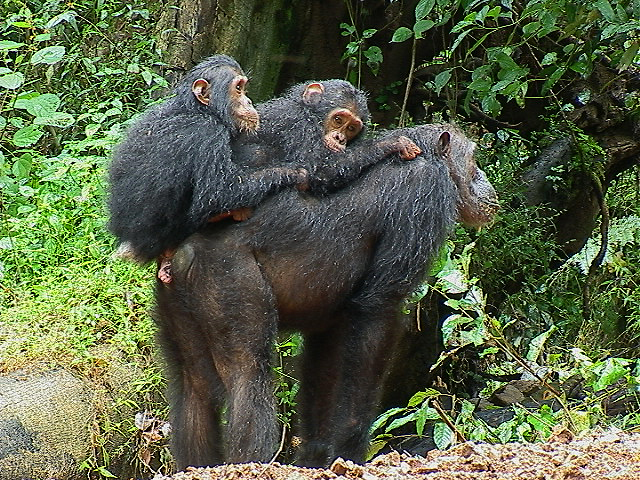 In my early days, it was almost inconceivable to imagine life in the Kasakela community without ‘F’ family members at the top of the social hierarchy. Freud, Fifi’s son, was alpha. Frodo followed Freud, and Fifi was giving birth to more offspring than any other female in Gombe history. They ruled supreme. Gremlin shared a preferred range with Fifi and Fanni, but she had only Galahad, who died in 2000. Her daughter Gaia was born in 1993, and a tiny set of twins named Golden and Glitter were born in 1998. It is amazing that the loss of one individual can change the course of history. 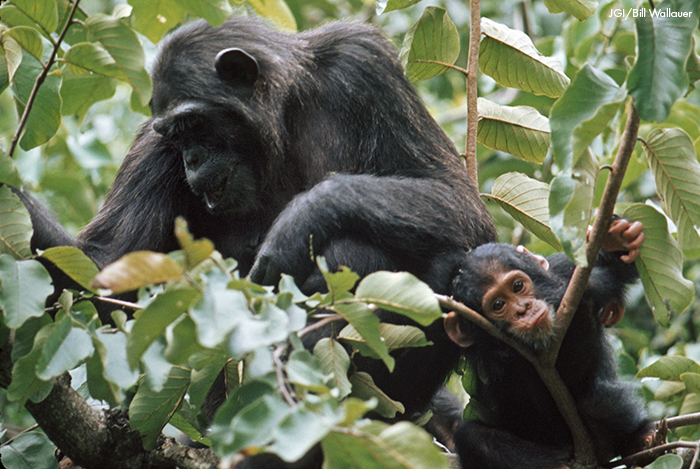 In 2004, I followed Fifi and her daughters Flirt and Furaha across the length of Plum Tree Thicket to the south side of Kasakela Valley where they nested for the night. That was the last time I saw Fifi, and Gombe has never been the same since that time. Gremlin, the mild mannered and endlessly patient mother, with the help of Gaia, managed to raise her twin daughters to adulthood, a first in chimpanzee studies across Africa. Fanni, Fifi’s daughter, under the pressure of the growing ‘G’ family, left the core area of the Kasakela home range and moved to the south where she rarely comes in to contact with Gremlin and her daughters. 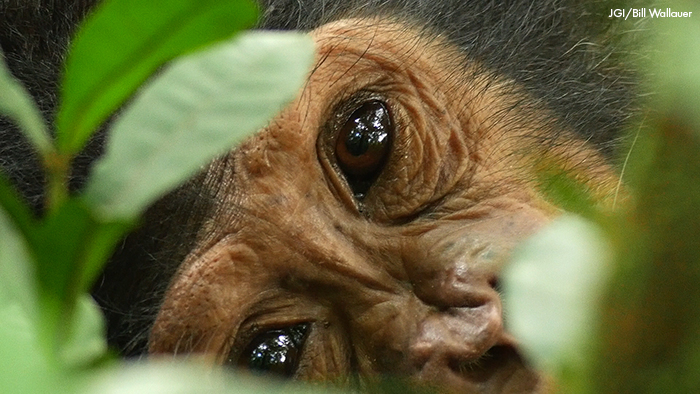 Today, the 12 members of the ‘G’ family make up an astounding 22% of the Kasakela community members. When all of the ‘G’ females get together, they are a powerful force who are regularly seen in conflict with other community females. In January 2019 alone, field assistants observed female members of the ‘G’ family displaying toward or attacking other females on six separate occasions. They have even been known to ban together to intimidate or retaliate against a high ranking male in the community.

But the story is far from over. Today, Gremlin and her daughters are at the top of the female hierarchy, but Fudge (Fanni’s oldest son) is still the alpha male and Fanni herself has five living offspring. Gremlin, at 48, is amazingly strong for her age, but she is nearing the end of her life expectancy. Will Fanni, with the support of her two high ranking son’s, return to her natal range and regain her preferred territory? Will the much younger ‘G’ daughters retain their confidence and dominance without the support of their strong and experienced mother, Gremlin?

To me, these questions are endlessly fascinating. Because of Jane, the Jane Goodall Institute, the research team at Gombe, and students from around the world, we are able to follow the individual lives of the Gombe chimps through time – nearly 60 years! We have an extraordinary window through which we can examine their histories, study their relationships, and even get a feel for their individual personalities. How lucky we are.

And luckily for the chimpanzees of Gombe, and other chimpanzee range countries, the Jane Goodall Institute is using continued research and community-centered conservation to make sure we can protect these incredible beings. Learn more here. Support our work here.