You are at:Home»Conservation»Will Tigers Still Exist by 2022, the Year of the Tiger?

With their distinctive stripes and immense size, tigers are one of the world’s most recognizable and adored big cats. However, as tigers face threats from poaching and conflict with humans, their numbers continue to dwindle. Today, for International Tiger Day, the tiger does not have to face these threats alone. This is your chance to raise awareness about tiger conservation and make sure these magnificent creatures aren’t lost forever.

Stripes of power and grace

Tigers are truly impressive animals. Their habitats range tropical forests, woodlands, swamps, mountainous terrain, and grasslands. They are excellent swimmers and are experts at both a solitary lifestyle and the hunt. Unfortunately, the tiger (Panthera tigris) is listed on the IUCN Red List as endangered, with just under 3,200 animals remaining in a geographic range that is declining. Currently, tigers inhabit a number of countries in Asia, though they have already gone extinct in many.

So what’s driving tigers to extinction?

The illegal market demand for tiger parts, like pelts and bones, contribute to the continued poaching of these beautiful animals for profit. Simultaneously, tourist attractions known as “tiger farms” perpetuate illegal trade and keep tigers in incomprehensible conditions, often drugging them to allow tourists to come close enough to take photos (NatGeo). Additionally, human encroachment is one of the biggest problems facing wild tigers. As tigers must secure a vast territory up to 400 km² in some regions to satisfy their solitary, roaming lifestyle, humans and tigers clash over space and violence between the two often occurs (BBC). In their endemic countries, tigers are generally feared and regarded as “man-eaters”, and humans are quick to designate tigers who “need to be killed”. Reports suggest less than 85 humans per year are killed or injured accidentally or otherwise by tigers, with many more individuals killed by things like snake bites, for example (USA TODAY). Despite this, their bad reputation and large territorial needs push humans to feel there are few options, and tragedy befalls both groups. 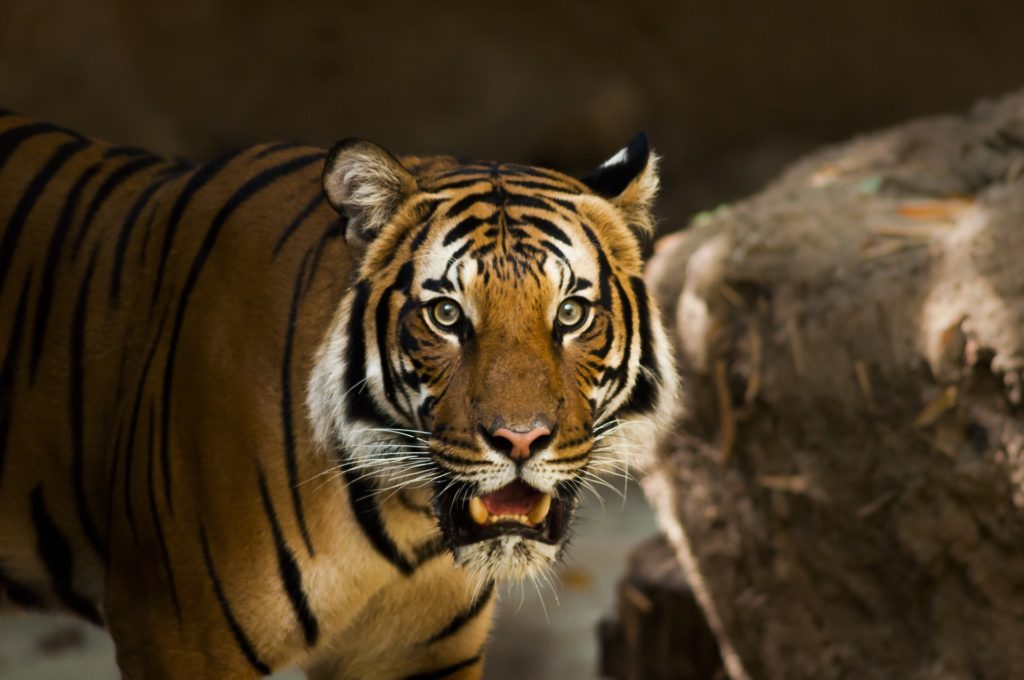 In response, in the tiger habitat region known as Sundarbans (a cluster of low-lying islands in the Bay of Bengal, spread across India and Bangladesh), an educational program is being developed that will “train locals as ‘village tiger response teams,’” where team members will learn how to fend off tigers through scare tactics or tranquilization, rather than killing. And countries around the world are taking a stand: In 2010, 13 countries committed to doubling the big cat’s numbers by 2022, the next Year of the Tiger on the Chinese lunar calendar (CNN). Alongside these efforts, Discovery’s Project C.A.T (Conserving Acres for Tigers) has partnered with the World Wildlife Fund in order to support the doubling of the world tiger population (you can also experience their VR immersion to come face to face virtually with these big cats). The company will help WWF by providing more tools protecting preserves, monitoring tiger forest corridors, and developing educational programs for the communities surrounding tiger habitat.

The tiger presents itself as the epitome of extremes – fierce and full of grace. The beauty of the tiger and what it represents for our collective imagination is worth saving for its own sake, but for the sake of the tiger itself, for its life and dignity, even more so. Our everyday stories of helping animals like the tiger reveal two things that give Dr. Goodall hope: the resilience of nature, and the persistence and determination of the people who fight to save species, never giving up. We must never give up on the tiger, and together, we can save this beautiful big cat.

Madeline Monroe is a Community Engagement Intern at the Jane Goodall Institute. She is a senior at the College of William and Mary in Williamsburg, Virginia, where she studies English and serves as News Editor of the College's student-run newspaper, The Flat Hat. Her passions, aside from writing and wildlife, include cooking, art, and traveling. She occasionally dabbles in poetry and has had her work published in Z Publishing House's Virginia's Best Emerging Poets.