You are at:Home»Conservation»JGI Jungle Journals: Notes From Gombe, Tanzania IV

Dr. Jane Goodall had a single dream: to study wildlife in Africa. When she was 26 years old, she was given an opportunity, by a innovative scientist named Louis Leakey, to achieve this dream in a place called Gombe. Gombe, Tanzania, has since Dr. Goodall’s studies been the home of ongoing behavioral, biological, conservation and other research on wild chimpanzees (Learn more about Gombe here). Many exceptional minds have passed through Gombe, providing their own imprint on this significant location, leaving with a reshaped imagination.

After five days of searching for an opportunity to get a shot of Golden’s new infant, I finally got a chance to spend some quality time with the G family today.

This morning, I helped guide JGI Vice President of Development Anna Gibson and two of our wonderful donors (Becci and Mark Crowe) to the chimps.  It was an awesome morning; with some serious effort, we found a small group of chimps on the Kasakela/Linda ridge.  There were wonderful chorus calls echoing up and down the valleys.

There is food everywhere and the chimps can travel as large extended groups.  We climbed to a high ridge above the Peak and joined a group of moms and kids who were resting in the top of a Parinari tree.  It was wonderful for Anna and our guests to get to sit and relax and enjoy the peaceful interactions between the females and their youngsters.

After about an hour, we moved down the ridge again.  En route, I was delighted to find Golden who was climbing down from a think vine tangle.  It is amazing to watch how effortlessly they move through thickets that are so thick one can barely follow or see them.  It is remarkable to me that they do this while carrying tiny and seemingly delicate infants. 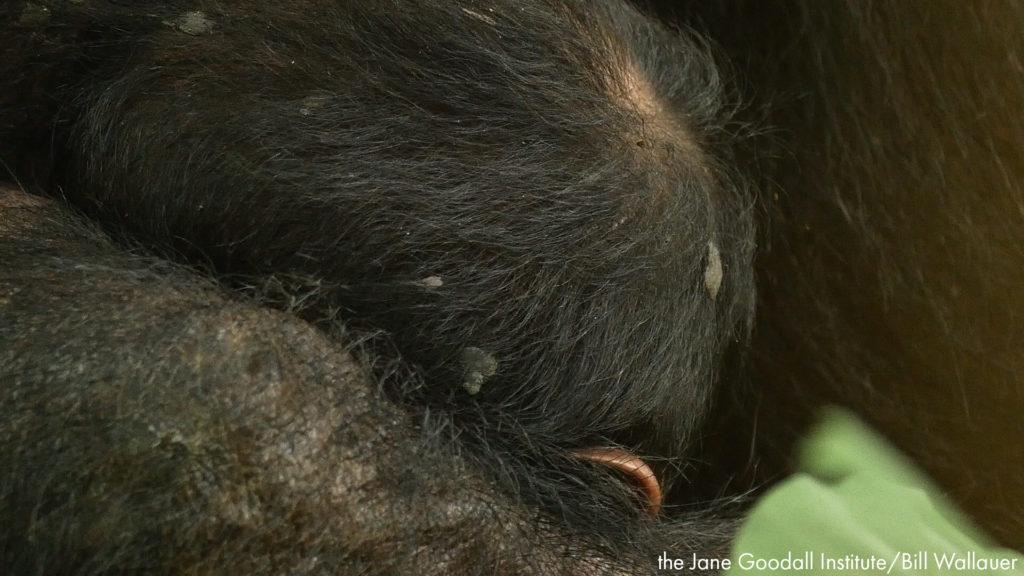 I said goodbye to Anna, Becci, and Mark and took advantage of my great luck in finding Golden.  I followed her through the vines back up the hill we had just descended. 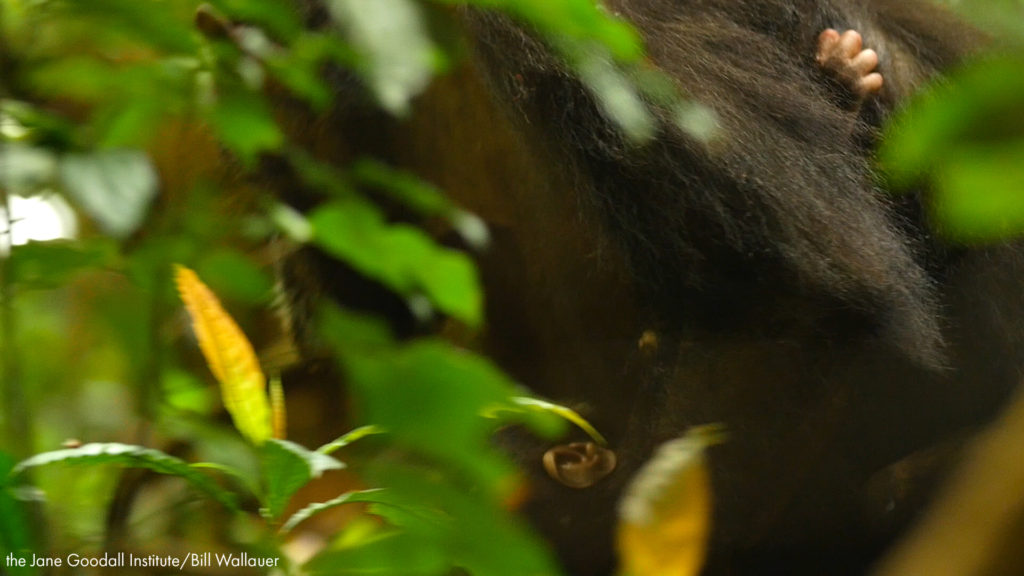 She was calm and relaxed, and when she met her brother Gimli, she sat down and groomed with him. Again it was a bit frustrating. I could occasionally see a window through the vegetation, but there were so many branches and leaves cloaking them it seemed no matter where I set up with my camera, my view was obscured. 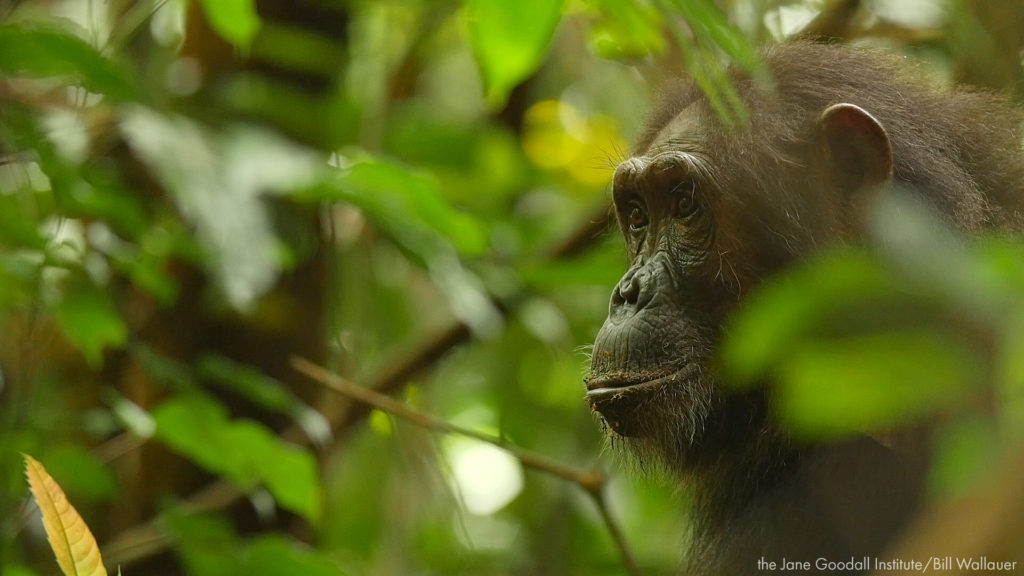 Though I did enjoy getting the grooming and resting shots of Gimli and Golden, my favorite shots of the morning were of Glamour, Golden’s five year old daughter. Glamour was a bit bored with all the grooming so lay down beside them for a nap.  Luckily she was facing me so when she opened her eyes, I was able to get some beautiful albeit slightly obscured portraits. 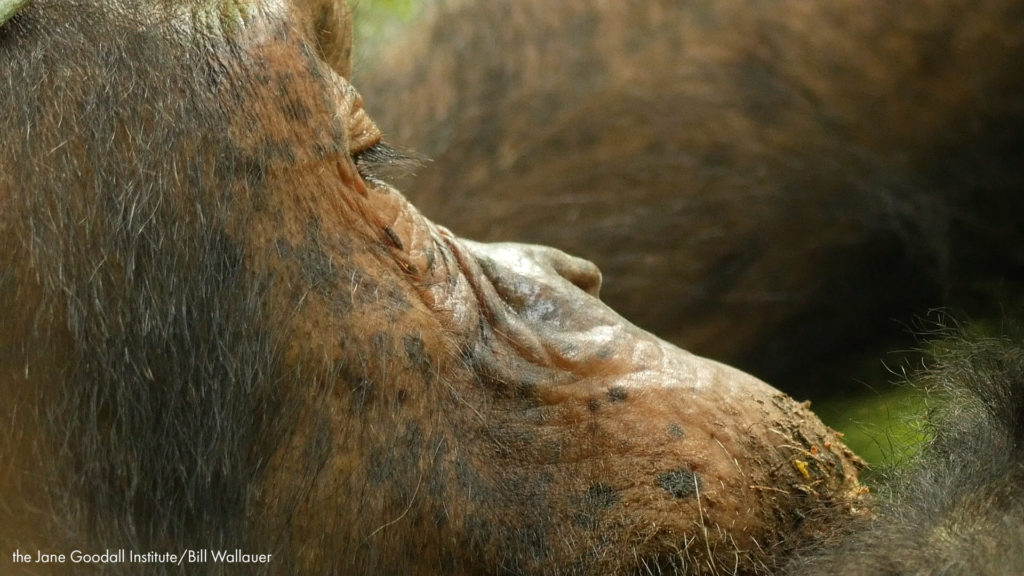 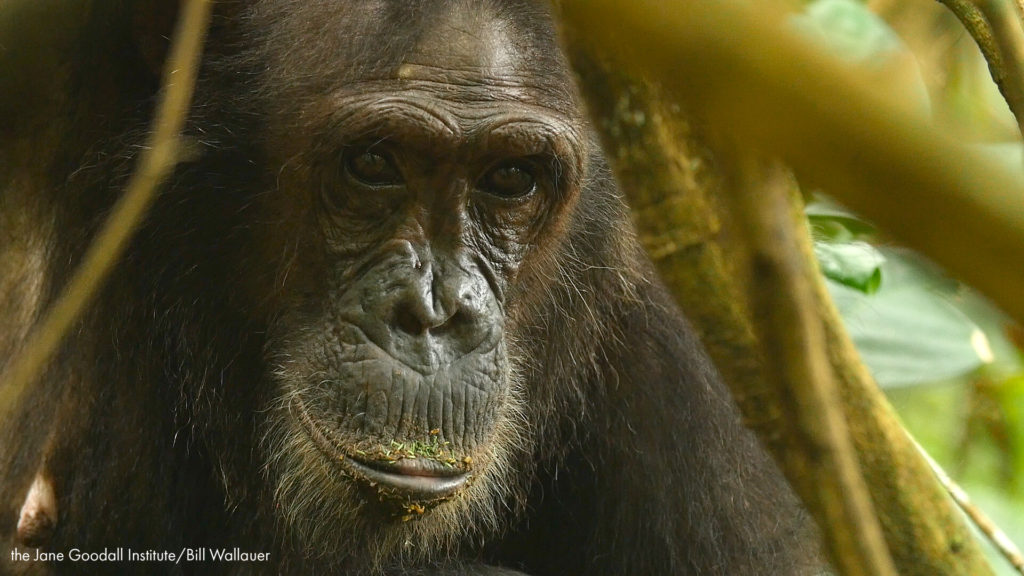 This was the best shot I was able to get of Golden’s infant.  The baby was sound asleep for most of the morning and all I could see was the back of her head, so I was delighted when her little face appeared for a few moments facing my direction. 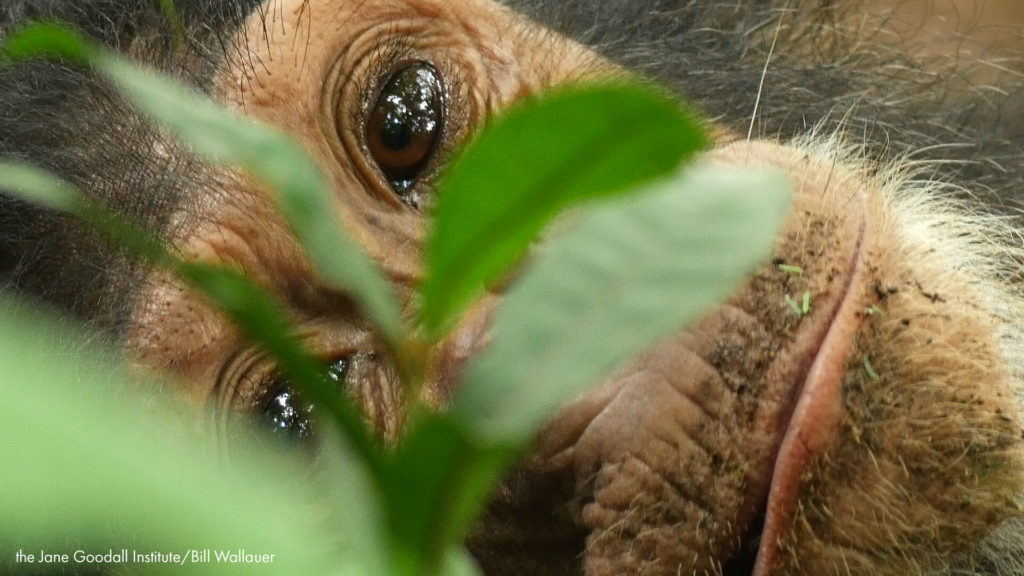 After an hour or so, Golden continued traveling up the hill and joined Gremlin and others in the same Parinari tree I sat below earlier this morning.  As Golden approached her mother and sister in the top of the tree, she paused for a moment on an open branch and I finally got the chance I had been waiting for all week.  How thrilling it was to look through my long lens and see my first ever clear view of this amazing little face.  It lasted only seconds, but that was enough to record a nice portrait and little hand clinging onto Golden’s hair. 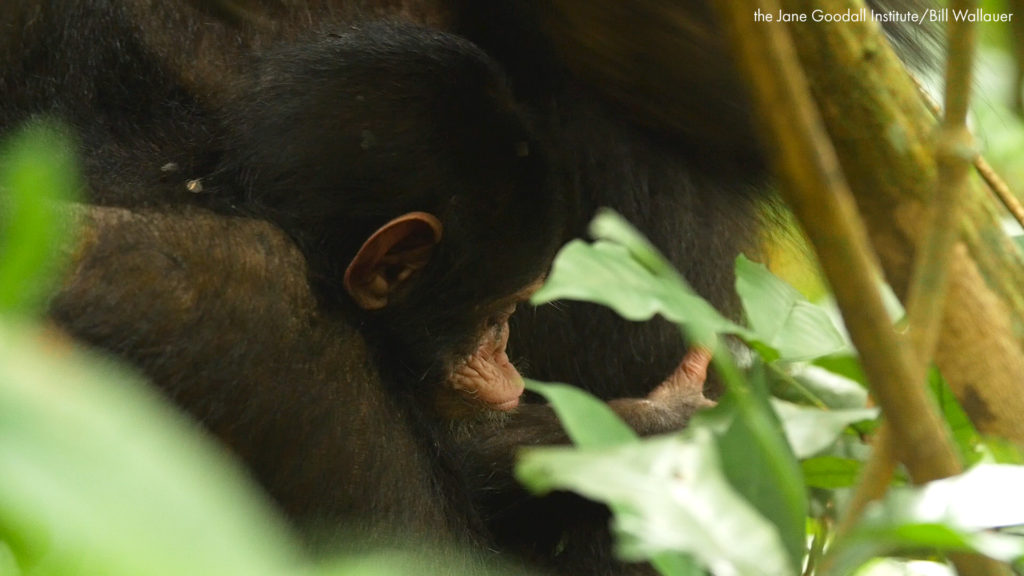 After a long grooming session, Golden stretched out on a branch and fell asleep, while tenderly cuddling the her baby.  I am always amazed at how well chimps balance on a single limb while they sleep. 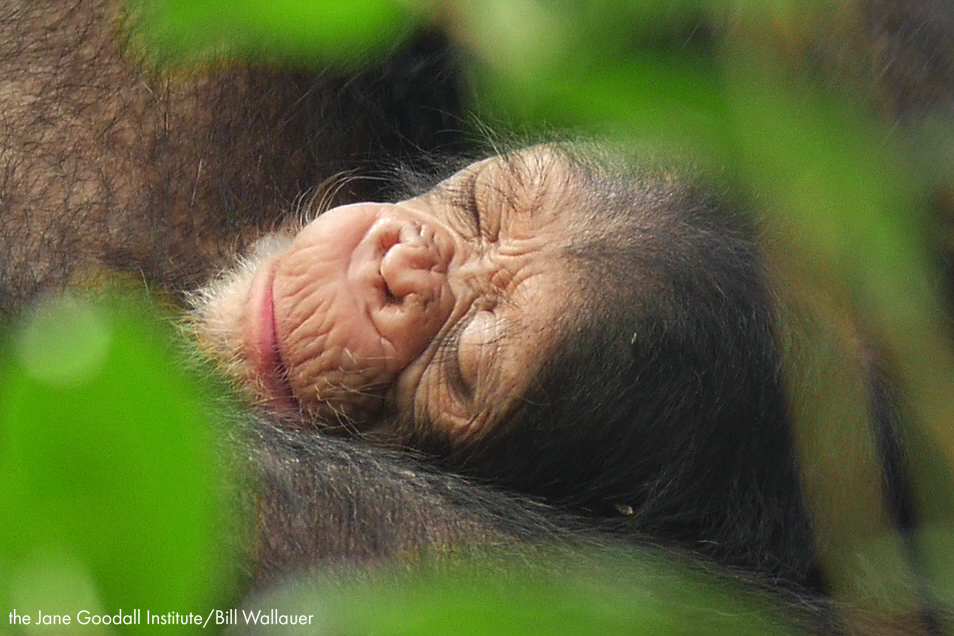 What a joy it was to spend time trying to get these shots.  Like Jane, I just can’t get enough of watching the relationships grow between mothers and their children as they develop through time.  How exciting it is to think that we have a whole new generation of Gremlin’s progeny roaming the same trails that her mother Melissa and Jane did nearly seven decades ago…

Stay tuned for more from Bill’s journey to Gombe, and support our primate research and conservation at JGI here.